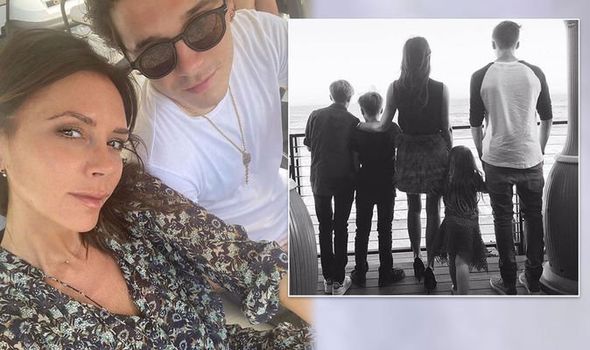 The mum-of-four posted a sweet picture of herself with her children on Instagram after spending several months apart from her eldest son, who remains in America with girlfriend Nicola Peltz due to the coronavirus pandemic.

The 46-year-old fashion designer, who shares four children – Brooklyn, 21, Rome, 17, Cruz, 15, and Harper, eight, with husband David Beckham – said she “cannot wait” to be reunited again with her whole family.

Victoria, David and their three other children are currently isolating in their Cotswold home, while Brooklyn and his 25-year-old girlfriend remain in the United States.

In her sweet throwback snap, which she shared with her 28.3 million followers on Sunday, Victoria can be seen standing on a balcony with her children looking out to sea.

The doting mum wore a sleeveless top with a glamorous feathered mini skirt and high heels, which highlighted her toned pins, as she held hands with her daughter and placed an arm around her youngest son.

The three boys look casually smart in the black and white photograph while daughter Harper wore a pretty dress and pumps. 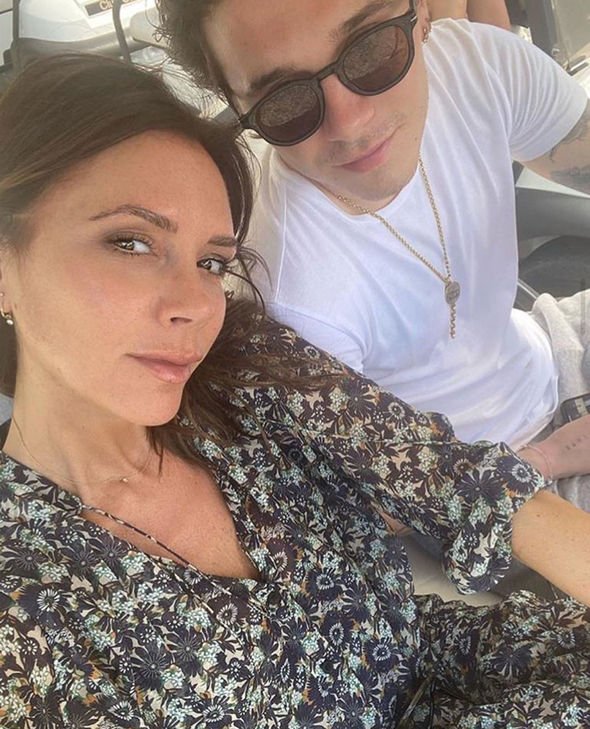 The star, who has a very close-knit family, then went on to talk about being apart from them because of the global crisis.

She said: “As is the case for so many I cannot wait for the time when I can be reunited with all my family.”

The former popstar, who is miles apart from her son and unable to visit him because of travel restrictions, added: “I miss you @brooklynbeckham. Kisses xx.” 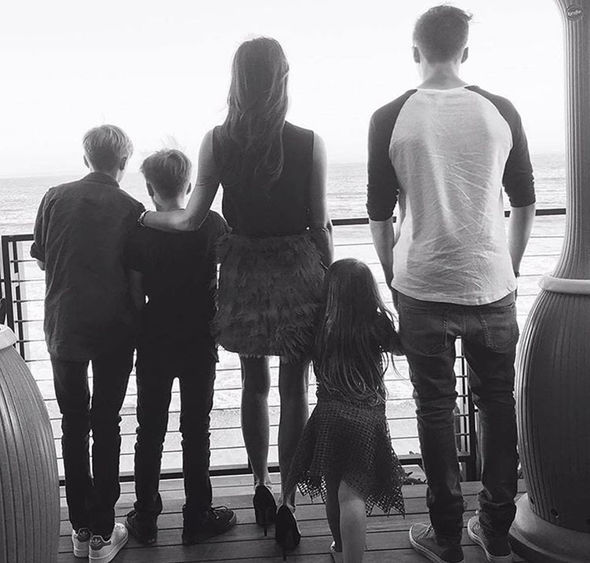 Amateur photographer Brooklyn also took to the social media site to mark the special day and tell his mum he loves her.

He posted a 20-year-old picture of his mum carrying him when he was a baby online.

Alongside the image, he wrote: “Happy world Mother’s Day. Love you mum.”

On his birthday last month, he described Victoria as “the best mum in the world” and his “best friend.” 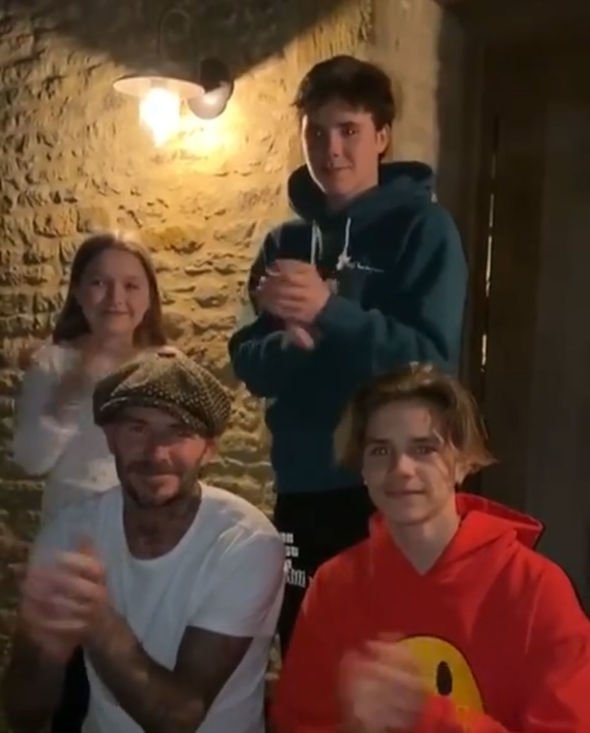 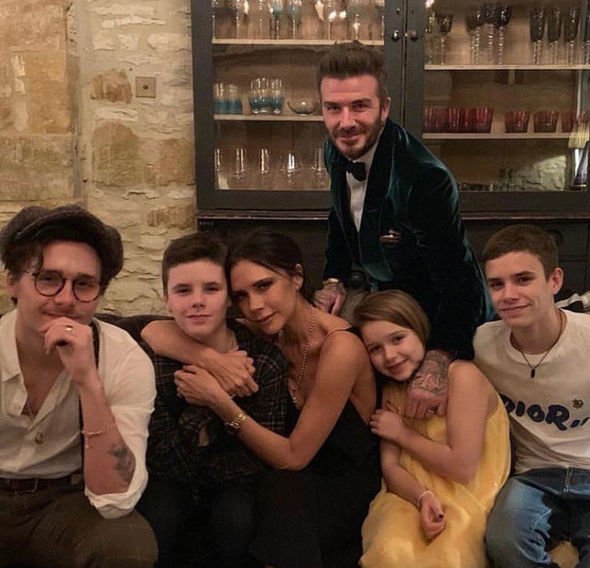 Victoria has faced a lot of criticism over the last month after choosing to use the Government’s furlough scheme for her staff.

The fashion designer later decided against using the scheme.

A statement from Victoria Beckham Ltd said: “Our decision to furlough a small number of our staff seemed the most appropriate option in keeping with many other businesses.

“The situation is dynamic, and, with the support of our shareholders, we now believe we can navigate through this crisis without drawing from the government furlough scheme.

“Our application was made in the best interests of trying to protect our staff.”