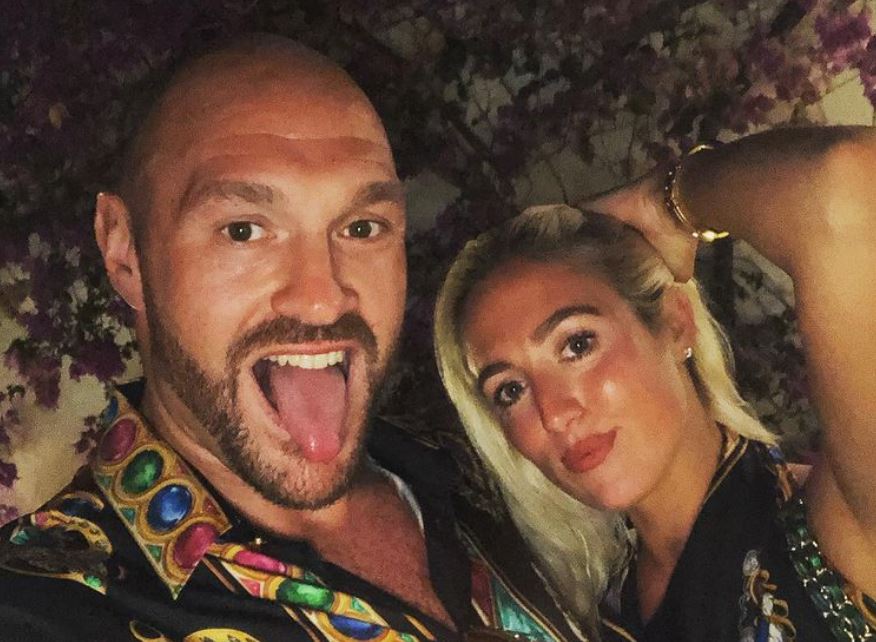 Tyson Fury and his wife Paris are expecting their sixth child, the boxer has revealed.

The sports star said he was feeling ‘thankful’ to be a dad again in an interview with boxing reporter Gareth A Davies.

When asked if there is an eighth member of their family on the way, the 32-year-old said: ‘Paris is pregnant again. The Lord has blessed us with another child and I’m very thankful.

‘I have a beautiful wife, beautiful kids, we’re all healthy.

‘That’s the most important thing you know, your health and your family. Nothing else really matters.

‘Your job, your money, your wealth, your career, none of that really matters because you can get another job, you can start a new career, you can go make more money, it doesn’t matter. The one thing you can’t get back is your family.

‘You can’t get back time lost. That’s the crazy thing about it all.’

Tyson and Paris have been married since 2009 and are parents to daughters Venezuela, 10, and two-year-old Valencia Amber, and sons Prince Adonis, one, Prince Tyson, three and Prince John James, seven.

Paris has spoken in the past about the early days of their relationship having met when they were teenagers.

‘Tyson lived in Manchester and I lived in Doncaster, about 100 miles away, and every spare moment he had he would drive through’, she said on Loose Women.

‘We’d go on picnics or to the cinema or for walks and he’d spend all week boxing training or earning money and on a weekend he would come and see me.’

Confessing that her husband is actually quite ‘shy’ as a person, she joked: ‘He would stand funny and I’d say “Stand tall, why are you being shy” and I created the monster that is Tyson Fury today.’