Pence announced earlier Wednesday he would not block the Electoral College vote certification, as Trump and other allies have pressured him to do 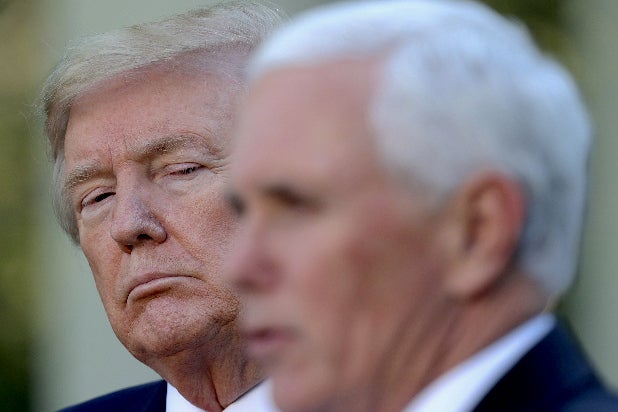 Outgoing President Donald Trump attacked Vice President Mike Pence on Wednesday, as he has done to so many of his other appointees and former allies.

Trump fumed on Twitter: “Mike Pence didn’t have the courage to do what should have been done to protect our Country and our Constitution, giving States a chance to certify a corrected set of facts, not the fraudulent or inaccurate ones which they were asked to previously certify. USA demands the truth!”

Earlier on Wednesday, Pence defied Trump by refusing to block the Electoral College vote confirmation or overturn Electoral College votes during the joint congressional session converged to confirm President-elect Joe Biden’s win. Trump and other conservative allies have pressured Pence to do it.

“It is my considered judgment that my oath to support and defend the Constitution constrains me from claiming unilateral authority to determine which electoral votes should be counted and which should not,” Pence wrote in a  letter to Congress. “The Presidency belongs to the American people, and to them alone.”

A number of Republican elected officials objected to the confirmation, aligning with Trump, who has baselessly claimed for two months that Biden’s win is attributable to widespread voter fraud.