Things are still pretty complicated between Prince Harry, Prince William, and Prince Charles in the aftermath of their reunion at Prince Philip’s funeral. Prince Harry reportedly wrote his father a “deeply personal” note” ahead of the funeral due to “complete communication breakdown” between them, with sources saying he “outlined his reasons for leaving [his position as a senior royal],” while also promising to “respect the institution.”

Harry and William were seen speaking after Philip’s funeral, but a source tells The Mirror that their relationship is still “extremely frosty,” adding “Truth be told, Harry didn’t really know what to expect before he came home, which is why he reached out before seeing everyone. He wrote a deeply personal note to his dad to try and set things straight but tensions are still running high and things haven’t exactly ironed out the way he had hoped.” 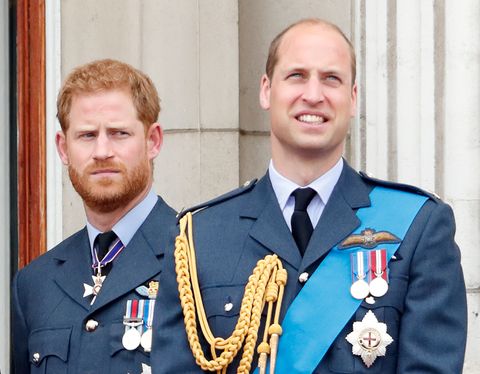 The source continued that “Harry didn’t expect everything to be completely back to normal but his feeling after seeing his family was there is a lot of ground to make up. Whether that is harder or easier to do on the other side of the world remains to be seen. There is a lot of distrust in the camp and everything is still very, very raw.”

It looks like Prince Harry will remain in England for a few more days (his exact return date is TBD), so hopefully the royals can continue to work on reconciling during his stay. As a reminder, the Duke of Sussex will likely be back in the United Kingdom in just a few months, when the statue of Princess Diana that he and Prince William commissioned is unveiled at Kensington Palace.

You love all the deets on royal news. So do we! Let’s overanalyze them together.