BTS’ Jimin has too many talents too count. Apart from his obvious singing and dancing skills, he also has a knack for making ARMYs’ hearts flutter with just one glance. But every once in a while, Jimin pairs his piercing gaze with a sensual dance move that’s now iconic. It involves him flicking his jacket to reveal his shoulder, making fans swoon that much more. There are countless clips of the star doing this during BTS’ performances, but these 13 videos of BTS’ Jimin exposing his shoulder are some of the most memorable.

The saga of Jimin showing off his bare shoulder started with the release of BTS’ "Blood Sweat & Tears" music video. When BTS watched their video back, they screamed when Jimin did his iconic move during the chorus. "He took off his clothes!" V joked, with RM adding Jimin must have practiced a long time to get the move just right. However, Jimin said it wasn’t planned like they thought, and it was actually an "accident." Since then, both BTS and ARMY have teased Jimin every time he "accidentally" lowered his jacket again, revealing his arms underneath, because to them, it was clear it was done on purpose.

Now, Jimin does his little dance so much, it’s practically a go-to. Even though fans have seen it over a dozen times, they still can’t (and will never) get enough of it. Below you’ll find 13 moments Jimin made fans gush simply by exposing his shoulder. 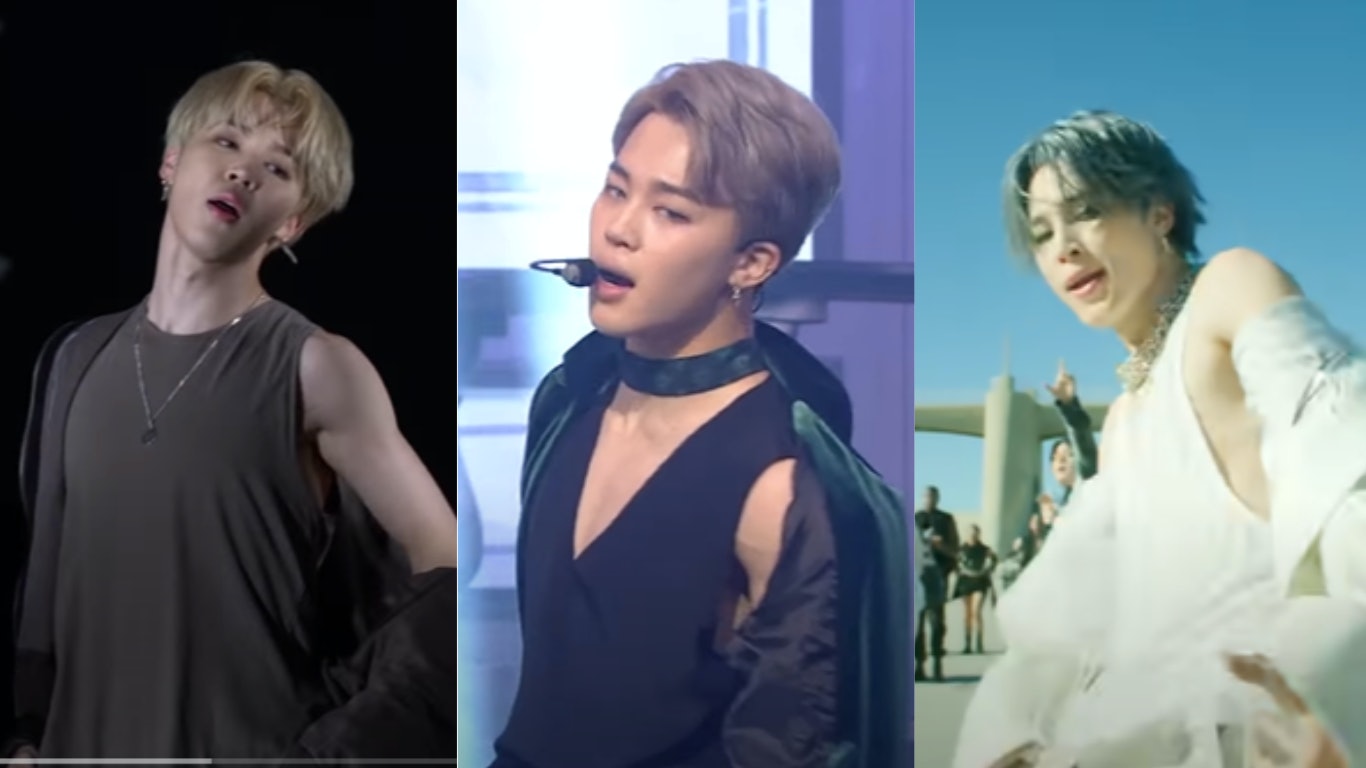 This list can’t be complete without the video that started it all: "Blood Sweat & Tears." See Jimin debut the move at the 3:05 mark.

One reason ARMYs don’t believe Jimin’s shoulder reveal was just an "accident" is because he did it repeatedly during BTS’ live performances of "Blood Sweat & Tears." See 2:11 for proof.

Every compilation video of Jimin exposing his shoulder includes the moment at 3:51.

Remember when I said Jimin has a talent for making ARMYs swoon with just one stare and shoulder pop? 3:41 is a perfect example.

Jimin’s move was easy to miss the first time around since he did it quickly in the background. If you didn’t see it, pay close attention at the 2:11 mark.

6. Behind The Scenes of "MIC Drop"

ARMYs, prepare yourselves for this one because at 1:10, Jimin exposes his whole left arm.

Jimin’s sweatshirt is basically falling off this whole video, but especially at 0:27.

As if Jimin’s intense stare and shoulder reveal combo wasn’t enough to make ARMYs melt, he just had to add some body rolls at 2:09.

The camera actually pans past Jimin’s shoulder at 4:07, giving ARMYs a perfect shot.

Jimin flashed a few different poses during his Persona photoshoot, but the one at 3:18 was ARMYs’ favorite.

Your boy doesn’t just reserve this move for performances. At 8:58, Jimin just casually gave fans a glimpse of his shoulder while sitting in his seat at the 2019 MAMAs, which they very much appreciated.

This was definitely no accident. During the group’s "ON" dance break, Jimin pulled down his jacket at 4:42 to reveal his arms and it was everything.

The evolution of Jimin’s shoulder move has been a journey for ARMYs. Somehow, he always makes it look fresh, so ARMYs will continue to swoon over it every time as if it’s their first time seeing it.