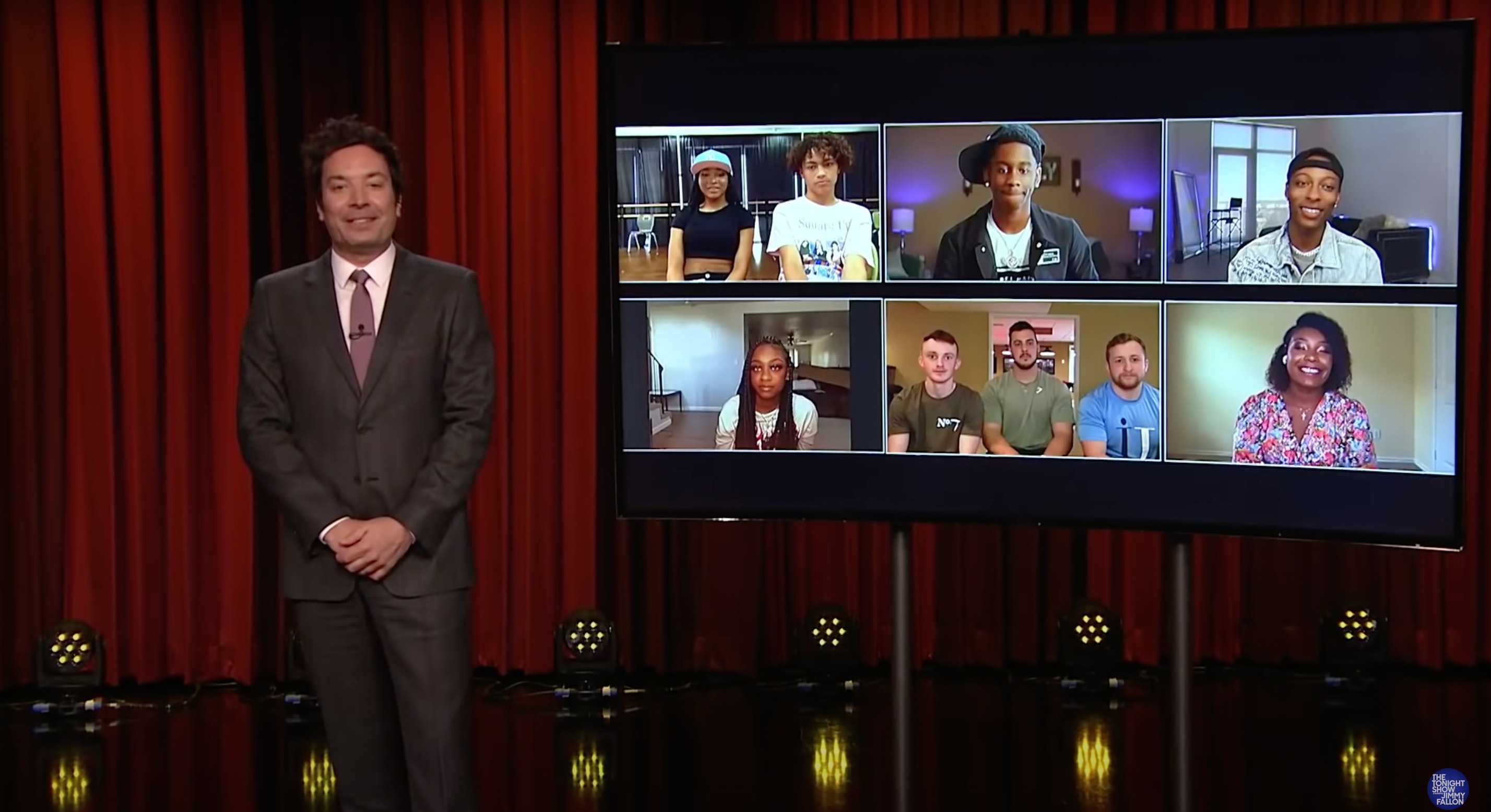 Jimmy Fallon is attempting to make amends with TikTok nation. After the talk show host welcomed TikTok superstar Addison Rae Easterling on his show to showcase some of the app’s most popular dances, many fans felt like the original choreographers — most of whom are Black creators — deserved more shine. He heard the criticism and welcomed nine of the incredible dancers who originated the moves Easterling dances in the original segment on his show several days later. While the new segment was a welcome one, it didn’t completely win over fans. These tweets about Jimmy Fallon’s TikTok dance followup segment all say the same thing.

The Tonight Show‘s follow-up TikTok segment aired on April 5, and featured a number of talented dancers like Mya Nicole Johnson, Chris Cotter, Dorien Scott, Fur-Quan Powell, Camyra Franklin, Adam Snyder, Nate Nale, Greg Dahl and Keara Wilson. Each dancer talked about how they came up with their viral TikTok dances and then performed them. According to Fallon, he realized showcasing the original dancers was the right decision.

"On our last show before break we did a bit with Addison Rae where she taught me eight viral TikTok dances and we recognized that the creators of those dances deserved to have their own spotlight," Fallon said.

But for many fans, the follow-up segment was too little too late. One person tweeted: "Him FINALLY featuring the Black TikTok creators AFTER THE FACT, when he should’ve featured them when he first highlighted the dance is TRASH! SMDH."

"Oh he sorry now? Just like he was when they released that picture of him in Black Face. How is he still on the AIR???" another person questioned.

Many fans said they wished Fallon had invited the creators to appear in-person like Easterling had the opportunity to do, rather than via Zoom.

Although fans felt Fallon was too little, too late, overall, they were happy Black creators were getting their time to shine.

Easterling also addressed the backlash herself, telling TMZ on March 29 that she’s friends with a lot of the creators, but that it would have been difficult to credit everyone on television.

"I think they were all credited in the original YouTube posting, but it’s kinda hard to credit during the show. But they all know that I love them so much and I mean, I support all of them so much. And hopefully one day we can all meet up and dance together," she said.

Many felt Easterling’s response was also off the mark.

It’s nice to see Fallon attempt to rectify the situation and give these dancers their due credit, but hopefully, in the future, the original creators of viral dances will get acknowledged first insetad of it being an afterthought. After all, TikTok just wouldn’t be the same without them.