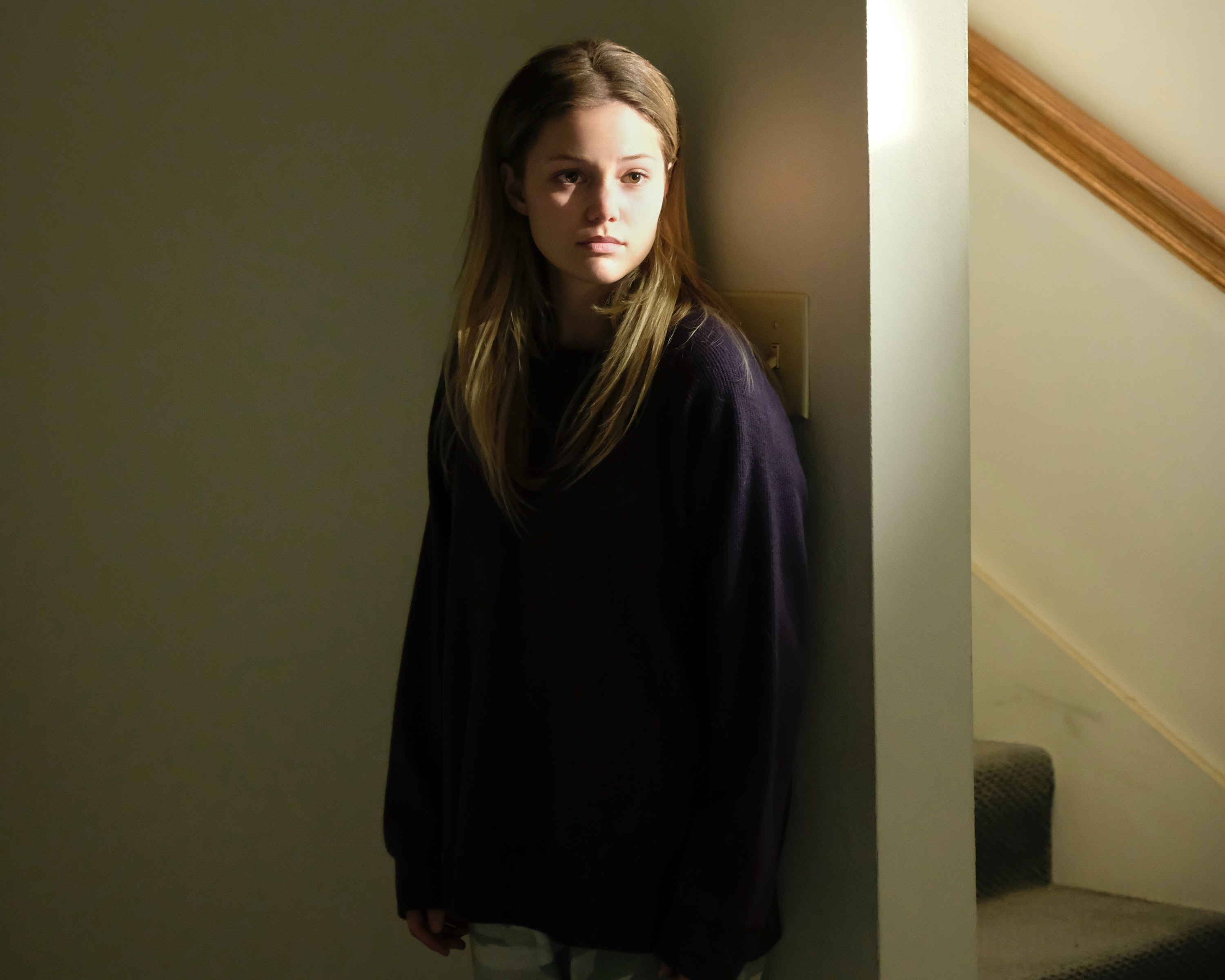 Freeform’s new YA series Cruel Summer is dishing out mystery after mystery with every new episode. And while there are so many questions surrounding the series, the biggest centers around one major character. Or at least, I think it’s a character. Nothing’s confirmed, but these theories about Annabelle on Cruel Summer will keep your inner detective musing until answers are revealed.

Warning: Spoilers for Cruel Summer Episodes 1 through 5 follow. Cruel Summer‘s new "character," Annabelle, was first introduced in Episode 4. Kate (Olivia Holt) told her family a "ghost story" about a girl named Annabelle while at their annual retreat in 1995. She said Annabelle was "alone until she wasn’t," that a "man the grownups trusted" joined her, and that that trust led to "something unspeakable." Creepy, right? It seemed like the man Kate was referring to was the vice principal of her school and the man who kidnapped her, Martin Harris (Blake Lee), but who is Annabelle?

The final few minutes of Episode 4 gave a little more insight into the conundrum. Kate listened to a tape of her therapy sessions following the abduction and she mentioned meeting Annabelle right before she was rescued. When her therapist asked who Annabelle was, Kate said she couldn’t remember. So, what’s the deal? While the jury’s still out, here are the biggest theories surrounding Annabelle:

Hands down the most popular theory is that Kate has Dissociative Identity Disorder (DID) and she used "Annabelle" as a coping strategy to survive captivity. According to the National Alliance on Mental Illness, dissociative disorders "are characterized by an involuntary escape from reality characterized by a disconnection between thoughts, identity, consciousness and memory" and usually develop as "a response to a traumatic event."

In this theori, "Annabelle" is a facet of Kate’s personality that she would have briefly met during her creation. From there, Kate would be able to slip between the two personas without even realizing it. Considering how memory loss is a common symptom of DID, it adds up.

Another popular theory centers around Dissociative Identity Disorder — but instead of Kate having it, it’s Mr. Harris. When Kate recounted meeting Annabelle to her therapist, she said Mr. Harris "came downstairs right before I was rescued and something was different. Something was wrong. And that was when I met Annabelle."

Some fans think Annabelle is Mr. Harris’ alternative personality that either wants to care for Kate (which is why Kate was rescued shortly after meeting Annabelle) or is more violent. If it’s the latter, perhaps Kate could tell "Annabelle" wanted to hurt her, which is why Mr. Harris was acting "different."

3. Annabelle Is Another Girl Manipulated By Mr. Harris

Many viewers are wondering why Jeanette (Chiara Aurelia) found a yearbook in Mr. Harris’ house and why he was clearly rattled when she mentioned knowing he was from Widow Falls at the carnival. What if Mr. Harris was grooming a girl named Annabelle in Widow Falls before moving to Skylin? Perhaps Annabelle saw the stories about Kate going missing, realized Mr. Harris was the vice principal, and put the two together. As for Kate meeting her, maybe it was Annabelle who ultimately rescued Kate from Mr. Harris’ home and that’s why Kate met her right before getting out. Or even more twisted, perhaps Annabelle is now Mr. Harris’ accomplice?

As the series progresses, fans are growing more and more wary of Mallory (Harley Quinn Smith). At first, she was Jeanette’s bestie who despised Kate; later, she despises Jeanette and becomes Kate’s bestie. One of the biggest pieces of evidence that Jeanette saw Kate in the basement was the fact that Kate had Jeanette’s necklace… the same necklace Mallory purchased for her former friend. Which means Mallory could have easily framed Jeanette if she was pissed that Jeanette ditched her (which she clearly was).

Considering Kate was seemingly drugged and under distresses (and perhaps if Mallory was wearing a disguise), she might not have recognized Mallory if she came to the basement to rescue her and/or frame Jeanette. That’s why Mallory reintroduced herself when they saw each other in the therapist’s office, even though they went to school together. Mallory wanted to reiterate that she wasn’t Annabelle (even though, according to this theory, she was).

But wait, there’s more! Many fans noticed that when Kate was listening to her therapy tapes, she looked directly at Mallory when the name Annabelle came up, and when Kate told her ghost story, Mallory was clearly uneasy when she said the name Annabelle. I don’t know about you, but I’m thinking Mallory is looking pretty sus all of a sudden…

5. Annabelle Is A Gun

The final major theory circling Reddit is that Annabelle’s not a person, but an object. More specifically, that Annabelle is the name of the gun Mr. Harris’ dad used when he died by suicide. Perhaps when Kate "met" Annabelle, Mr. Harris was bringing out the gun to harm her. Multiple fans think the gun (Annabelle) may have gone off in an altercation, and that’s the gunshot Jeanette, Jamie, and Vince heard.

Considering Episode 5 showed Kate writing Annabelle’s name over and over, whoever or whatever Annabelle is clearly made a big impression on her. Chances are viewers will just have to wait until more Cruel Summer episodes drop on Tuesdays at 10 p.m. ET on Freeform (or the following day on Hulu) to learn the truth.