The ladies of The View are in agreement with Red Table Talk co-host Adrienne Banfield-Norris: Olivia Jade Giannulli‘s apology for her involvement in the College Admissions scandal wasn’t enough. During an in-depth discussion on the December 8 episode, they agreed that the daughter of Lori Loughlin and Mossimo Giannulli, who are both currently imprisoned for paying bribes to get her into USC, didn’t properly recognize her white privilege and how it impacted other students. Co-host Ana Navarro didn’t mince words when she called the YouTuber an “entitled brat.”

“I don’t think she went far enough, but I do put most of the blame on her parents,” Sunny Hostin began. “They should have taught her better. It’s been very difficult for me to understand. Because while my children have grown up with a certain amount of wealth, as I did not, we made sure to teach them that cheating is never appropriate.”

Sunny’s two children, son Gabriel, 17, and daughter Paloma, 13, are both student athletes. She spoke at length about the dedication they have toward their respective sports, while Olivia and her sister, Isabella Giannulli, were fraudulently admitted to USC as part of the crew team. Neither of them had ever competitively rowed before. “For many Black children, being an athlete is one of the only entrances into college,” Sunny explained. “And for Olivia Jade to try to take one of those legitimate spots from another athlete I just think is deplorable. And she didn’t address that.”

Olivia instead said on Red Table Talk that she was “ashamed” and knew that she and her family had “messed up.” Sunny’s co-host Sara Haines agreed that Olivia had a long way to go before her apology could truly be accepted. “It was a step she had to take, but she’s got about 99 more before she’s earning respect back, and I think her actions will speak louder than her words,” she said. “I’ll give her a minute. But I don’t buy her ‘I grew up in a bubble’ excuse. She’s 20 years old; I expect more from my four-year-old.” 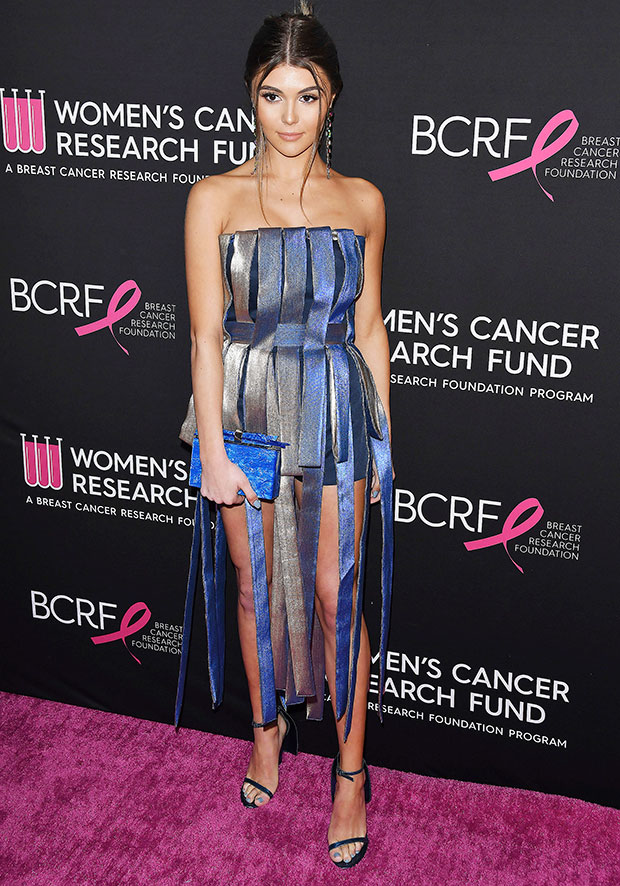 Whoopi Goldberg opted to moderate the conversation and not to give her opinion on the situation. But Ana closed out the conversation with a scathing assessment: “I really have no interest in talking about this entitled brat and her enabling parents… I don’t really have the bandwidth to give a hoot about Olivia Jade wanting her platform back.”