It’s almost time to check back in with primetime’s favorite family. This Is Us is almost back for another season, and it looks like there are some big changes ahead for the Pearsons. The This Is Us Season 5 poster has been released, and it teases some drama in the upcoming episodes.

The new poster features all the major players of This Is Us: Rebecca (Mandy Moore) and Jack (Milo Ventimiglia) look happy in their youth, Randall (Sterling K. Brown) and Beth (Susan Kelechi Watson) look cozy, Kate (Chrissy Metz) and Toby (Chris Sullivan) take care of their baby, and Kevin (Justin Hartley) seems happy on his own. But, the tagline on the poster offers an ominous message about Season 5. It reads, "This season changes us forever."

Season 4 ended with Randall and Kevin having a blowout fight over their differing views on Rebecca’s Alzheimer’s care. Last season also featured a flash forward to the Big Three’s 40th birthday, where Randall was noticeably absent. In the scene, Kevin reminded Rebecca that he and Randall aren’t speaking. That definitely seems like a big change for the Pearsons, so Season 5 will likely dig into the brothers’ falling out even more. 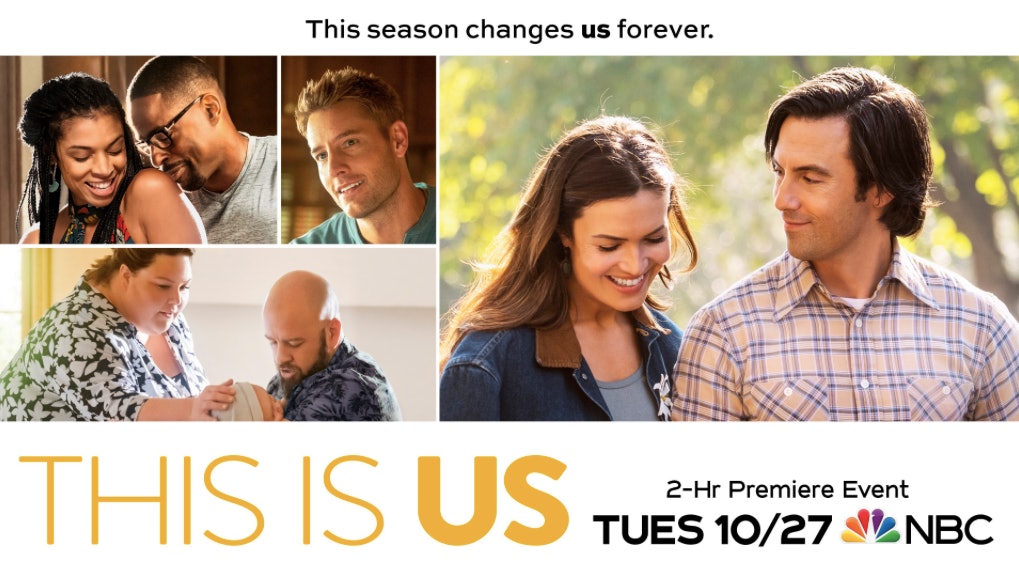 Creator Dan Fogelman explained the Randall and Kevin conflict to PEOPLE in March, saying that it’s a "fight that goes towards literally their inception." He said:

Randall and Kevin aren’t the only Pearson kids to be have some big storylines coming up. Metz teased to Entertainment Weekly that Kate’s Season 5 plot left her "shocked." She said, "I’m privy to some information about what’s happening with Kate in the present day that she hasn’t really contended with from the past. We didn’t know that she was dealing with this, and it was something that she went through."

While all these dramatic hints can be stressful for fans who just want to see the Pearsons happy, the good news is that all will be revealed soon. Season 5 of This Is Us will premiere with a two-hour event episode on Tuesday, Oct. 27 at 9 p.m. ET on NBC.