Much like Donald Trump is refusing to concede the Presidency to Joe Biden, The Rock has joked he won’t give up the ‘Sexiest Man Alive’ title to Michael B. Jordan.

Dwayne ‘The Rock’ Johnson won’t be going down without a fight. The A-lister has taken to Instagram to congratulate Michael B. Jordan on being named PEOPLE‘s Sexiest Man Alive and joked that he won’t be conceding the title he previously held — you can see the post here. “Fun talkin’ about “living each day to the fullest” in @people’s SEXIEST MAN ALIVE issue,” the Fast and the Furious star wrote, referencing his small spread in the magazine. “Congrats to my brother @michaelbjordan on the new sexy crown. I CONCEDE NOTHING.” He also added the hashtag “#2020” perhaps throwing some subtle shade at Donald Trump who is refusing to concede the Presidency. 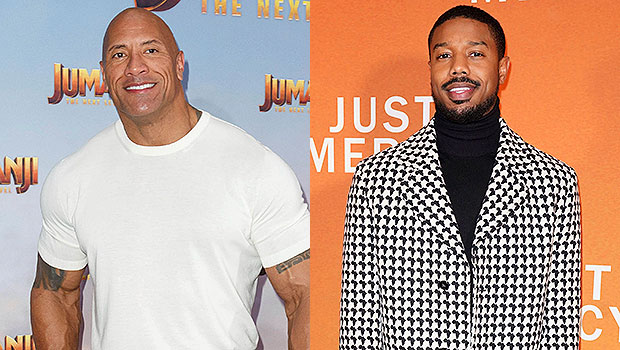 While talking to the outlet, The Rock opened up about his home life in quarantine. “My favorite time of the day is before the sun rises and our babies are still sleeping. I can get great productive work done in my office, and of course I love when they call for me on the baby monitors—then it’s breakfast time!” he said. “That’s when the babies are asleep and it’s ’Netflix and chill’ time with me and Lauren [Hashian] and a glass of Teremana. I’ll say no more before I get in trouble.”

Nevertheless, it was Michael B. Jordan who was the star of the show, with the magazine’s cover declaring him “Dashing, Driven and Daring.” The Creed star told the publication, “It’s a cool feeling.You know, everybody always made that joke, like, ‘Mike, this is the one thing you’re probably not going to get.’ But it’s a good club to be a part of.” Previous title holders include Blake Shelton, Adam Levine, and most recently John Legend.