Chris Rock launched his career on Saturday Night Live from 1990 to 1993. But after leaving the cast, he went on to host his own HBO talk show, star in movies, and become one of the acclaimed comedians of his generation. Now on how way to returning to host SNL, Rock dropped a very interesting tidbit about fellow comedy legend Dave Chappelle. 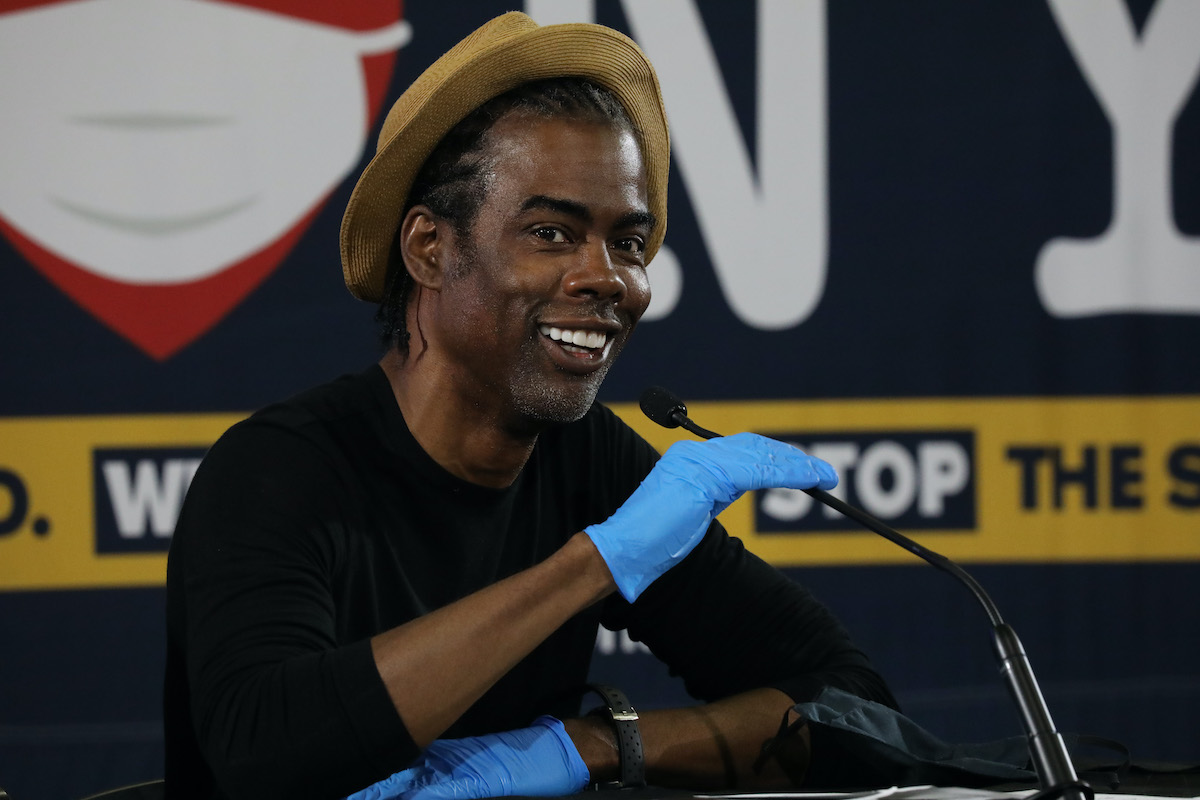 Ahead of hosting SNL’s Season 46 premiere, Rock swung by The Ellen DeGeneres Show to tease what fans could expect. After all, the new season adds Jim Carrey to the line-up as presidential candidate Joe Biden. And Rock revealed he actually watched the first debate between Biden and incumbent Donald Trump.

Carrey last appeared on SNL when he hosted the show in 2014. Like Rock, he has a long history with the show. Although never a cast member, Carrey did audition for the show in the 1980s but was rejected. He ultimately wound up as a standout performer on Fox’s In Living Color instead.

In addition to socializing with Carrey ahead of the show’s premiere, Rock is good friends with Chappelle. The two even appeared together on SNL in 2016, when Chappelle hosted the first show after Trump won the presidential election. And as Rock told DeGeneres, the two have a wild time whenever they get together.

“I was trying to be nice, because your show’s in the daytime, Ellen, but we do lots of drugs,” Rock said. “Not the hard stuff, not the hard stuff. We’re like, before coke.” Rock did disclose he drank some hallucinogenic mushroom tea at one of Chappelle’s socially distanced stand-up shows. And Chappelle has a chef who specially prepares “amazing” drug-infused meals.

Rock takes on the lead role in ‘Fargo’ Season 4

With his latest hosting gig, Rock will be tapping into his SNL roots. But he’s also spreading his wings elsewhere in his career. The comedian is set to take on the dramatic lead on season 4 of FX hit Fargo. Even Rock was surprised he was offered to play a 1950s crime boss in the anthology series.

Beyond that, Rock will appear in Spiral, the upcoming reboot of the Saw horror movie franchise. In addition to starring opposite Samuel L. Jackson, he served as an executive producer and has a story credit on the film. Plot details, of course, remains largely a mystery.