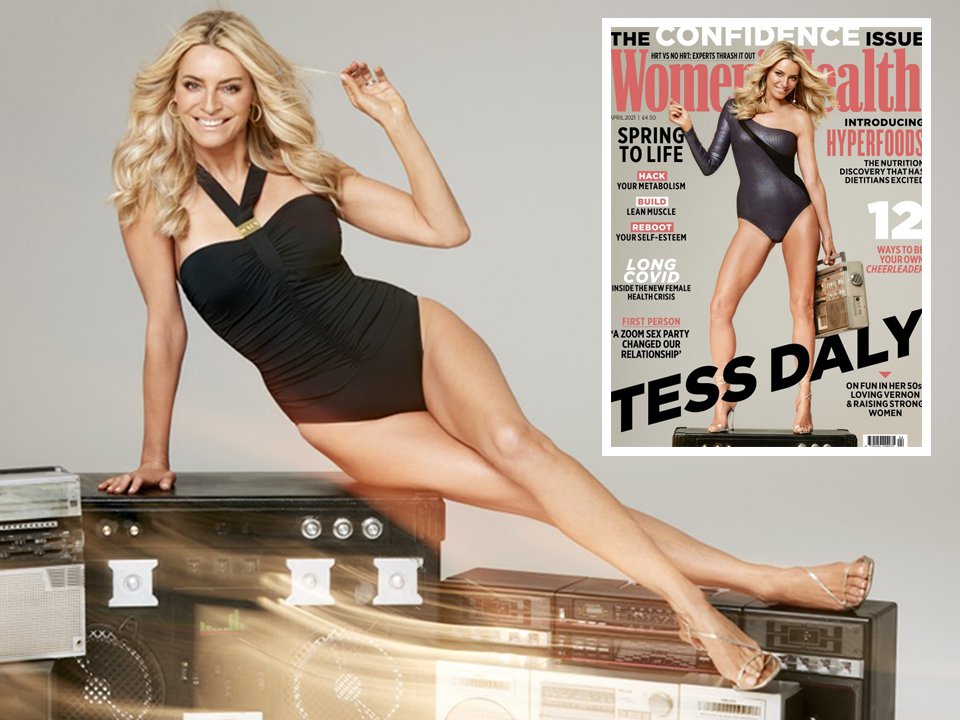 Tess Daly has proven time and time again, that age is nothing but a number.

And the Strictly Come Dancing presenter, 51, looked absolutely flawless during a new cover photoshoot for Women’s Health magazine, where she claimed that she doesn’t feel ‘any different’ now compared to when she was in her 30s.

She told the publication: ‘Confidence comes from cutting yourself some slack. I’m in my 50s now. That’s still a shock when I say it out loud because I don’t feel any different to when I was in my 30s.

The TV favourite explained that she ‘doesn’t fixate on age as a limitation’, adding: ‘Confidence, to me, is just pushing yourself a little bit further than you think you can go, and you’ll always surprise yourself.’

And Tess certainly oozed confidence in the accompanying photoshoot as she showed off her modelesque figure in a range of stylish lycra ensembles and leotards .

Discussing her professional endeavours with the fitness bible, Tess admitted that she loved hosting Strictly ‘more than ever’.

She added that she found it ‘frustrating’ that she couldn’t hug people during last year’s socially-distanced season.

‘If someone’s in tears or they’re leaving the show, it’s hard not being able to physically reach out,’ Tess said.

‘But Strictly is such a celebratory, feel-good show, full of warmth and sparkle and joy, I felt lucky to be a part of something that people were appreciating on a whole other level because they were stuck at home.’

The TV personality also gushed about her ‘soulmate’ husband Vernon Kay, stating: ‘It’s been a ride. And I love him more than ever.”

The couple has been married since 2003 and share daughters Phoebe, 16, and 11-year-old Amber.

Tess’ full interview is in the April issue of Women’s Health UK, on sale from March 3 2021 and available as a digital edition.