Gary Barlow has revealed his iconic group Take That will be Back For Good once pandemic restrictions have lifted and big concert venues are cleared to open again.

The singer, who turned 50 in January, admitted he wasn’t sure if he, Mark Owen, 48, and Howard Donald, 50, would be putting out an album or going on tour – or even both.

Gary said: “We’re desperate to come back and do something as soon as big venues are up and running again.

“I don’t know what it will be yet, whether it’s a tour or album, or both even. But Take That are going nowhere."

He then told The Sun: “I don’t think it will be long before we’re back. The touring side is such a big part of it for us, so we’ll wait until people are safely back and feeling confident.”

The band have been working as a three-piece for seven years since Jason Orange, 50, went totally "off the grid” in September 2014.

Since quitting the band in 1995, former member Robbie Williams, 46, has got involved with a few performances but never officially re-joined the group. 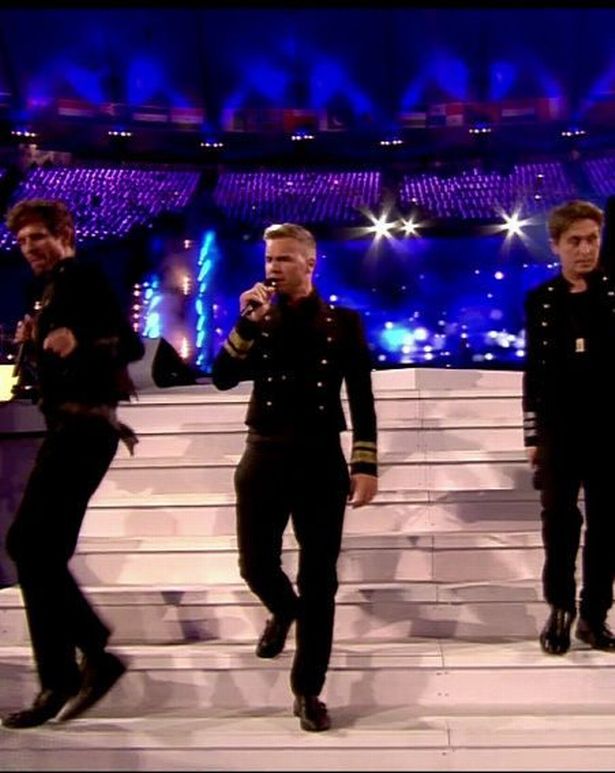 The band’s last tour was in 2019 following their 30th anniversary greatest hits record and Gary revealed the trio are already planning the group’s 40th anniversary show.

He said: “I think we will, as long as we are all fit and healthy. I think we all love the experience of being on stage. We love being in Take That.

"That greatest hits album marked a moment for us, and we are happy for that moment to just hold there.”

In January, Gary teased fans that he hopes the band would reunite as a five-piece one day.

"That's one of the thrills of being in the band. You don't know what's going to happen from record to record and it's lovely.

"It's the environment. It feels like a safe haven. It's a place to go back when you've done a bit of playing around and it's time to go home."

Gary’s fans won’t have to wait too long to see the crooner performing again, as the dad-of-three is set to appear for his one-off special Gary Barlow: I’m With The Band, on Friday 4 June at 10.45pm on BBC1.