The musician posted a more-than-four-minute video to his Twitter page on Monday in which he seemed to address his remarks directly to Dr. King, who was assassinated in 1968. In his speech, Wonder thanked the late civil rights icon for the work he did in his life while lamenting the lack of progress the country has seen in the years since his death.

“I met you when I was 14 years of age. You were a true hero and you became an inspiration. I have been blessed to write songs of love, hope and motivation. Many of them inspired by your life,” the artist began.

Wonder went on to denounce what little has been done in the wake of the civil rights movement and King’s work. 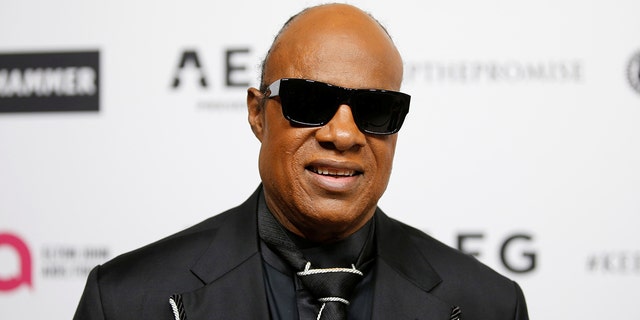 Stevie Wonder called on Joe Biden and Kamala Harris to establish a truth commission in the United States.
(REUTERS/Danny Moloshok)

“It is painful to know that the needle has not moved one iota,” he says. “For 36 years we’ve had a national holiday honoring your birthday and principles, but you would not believe the lack of progress. It makes me physically sick. I am sick that politicians try and find an easy solution to a 400-year problem. I am sick of some people using God for a convenience rather than a commitment. I am sick of lies and deceit that dominate our reality. I am sick that truth is struggling to be heard and defended.”

Wonder also explained that the only way forward is to start holding government officials accountable for lies. He further called on the incoming administration to launch an investigation into inequality and recommend punishments where appropriate.

“We need a truth commission that forces this country to look at its lies. I’m calling on President Biden and Vice President Harris to launch a formal government investigation to establish the truth of inequality in this country,” he said. “This truth will validate the history and this commission will recommend reconciliation. Without truth, we cannot have accountability. Without accountability, we cannot have forgiveness. Without forgiveness, we cannot heal.”

Wonder concluded his message by pledging to honor Dr. King’s legacy by calling out lies and injustice whenever he can.

“It is time for all to take the only stand. We cannot be afraid to confront a lie and a liar. Those in leadership who won’t or don’t acknowledge the truth should be held accountable. Dr. King, these times require courage as they did when you lived and paid the ultimate price,” the singer summed up. “On this day, a day in your honor, I pledge to have the courage to say what I see and acknowledge what I hear. In your spirit, I call on all those in the Senate to speak truth to what they know. They can physically see and begin the steps of accountability forgiveness and then healing.”

Wonder’s comments about an investigation into inequality in America echoes similar comments made by Rep. Alexandria Ocasio-Cortez. The congresswoman recently fielded a question about media and governmental accountability during a livestream and noted that a commission is being discussed that leans more toward investigation rather than truth and reconciliation.