Stacey Solomon, 31, has revealed she was less than impressed when her boyfriend Joe Swash, 38, gave her a kiss after tucking into a salmon bagel. It comes after the Loose Women panellist and her beau spent some time apart today before he returned to their family home this evening.

Although Stacey seemed happy to be reunited with Joe, she branded him “selfish” for his display of affection due to the fishy scent of his food affecting his breath.

The mum-of-three filmed her funny exchange with the star and shared it with her 3.8 million Instagram followers.

She said: “So he’s finally home and he tries to come in and kiss me and he’s eaten a salmon bagel.

“How selfish,” the presenter added. 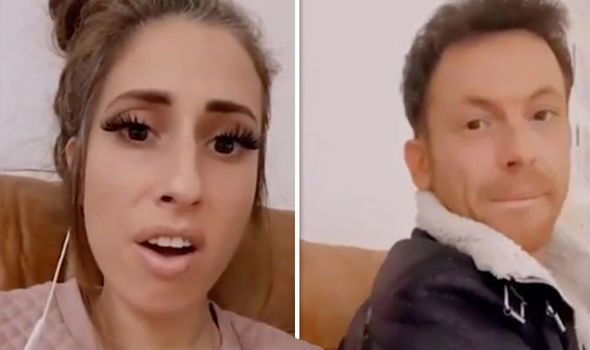 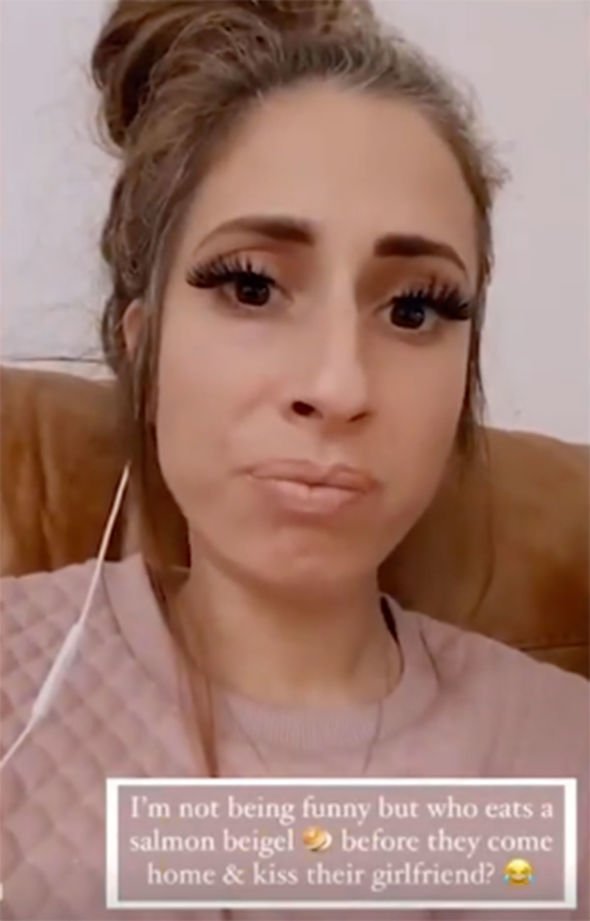 Stacey captioned the clip: “I’m not being funny but who eats a salmon beigel before they come home and kiss their girlfriend?”(sic)

The couple then started bickering over how to pronounce the word bagel, as Stacey argued Joe was saying it in an American way.

She then continued: “Anyway how selfish is that to eat a salmon bagel before you’re about to see your partner and kiss them?” 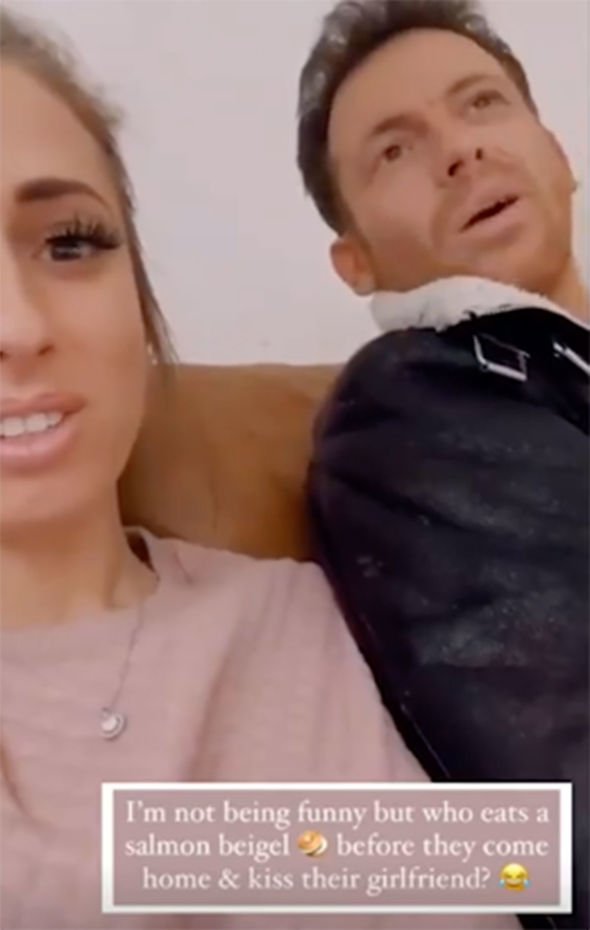 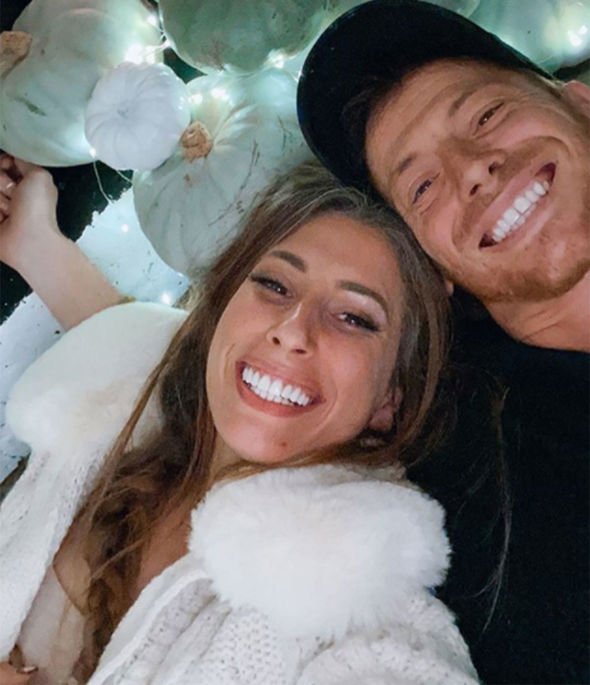 Joe was quick to hit back that Stacey was enjoying some chocolate before she kissed him.

Stacey previously shared her relief after Joe came back home following a fishing trip with his son Harry at the weekend.

The star was overjoyed to see her beau again after getting the “creeps” about being home alone.

Stacey’s worries got so bad at the time that she decided to pack her bags and leave with her dog Theo and one-year-old baby Rex to stay with her sister for the night.

The star explained on her Instagram stories: “Late last night I creeped myself out so ended up packing up Theo and Rex and coming to my sister’s.

“I’m such a loser I know. But when I’m home alone the slightest noise or shadow gives me the creeps.

“I’m missing Mr grumpy and the gang. I’m about to leave to get back and make sure the hedgehog and deer are ok.”

When Joe returned, Stacey filmed a sweet moment with the couple’s son Rex patting his dad on the back.

She wrote alongside the heartwarming video: “The pat on the back. Welcome home daddy we missed you.”