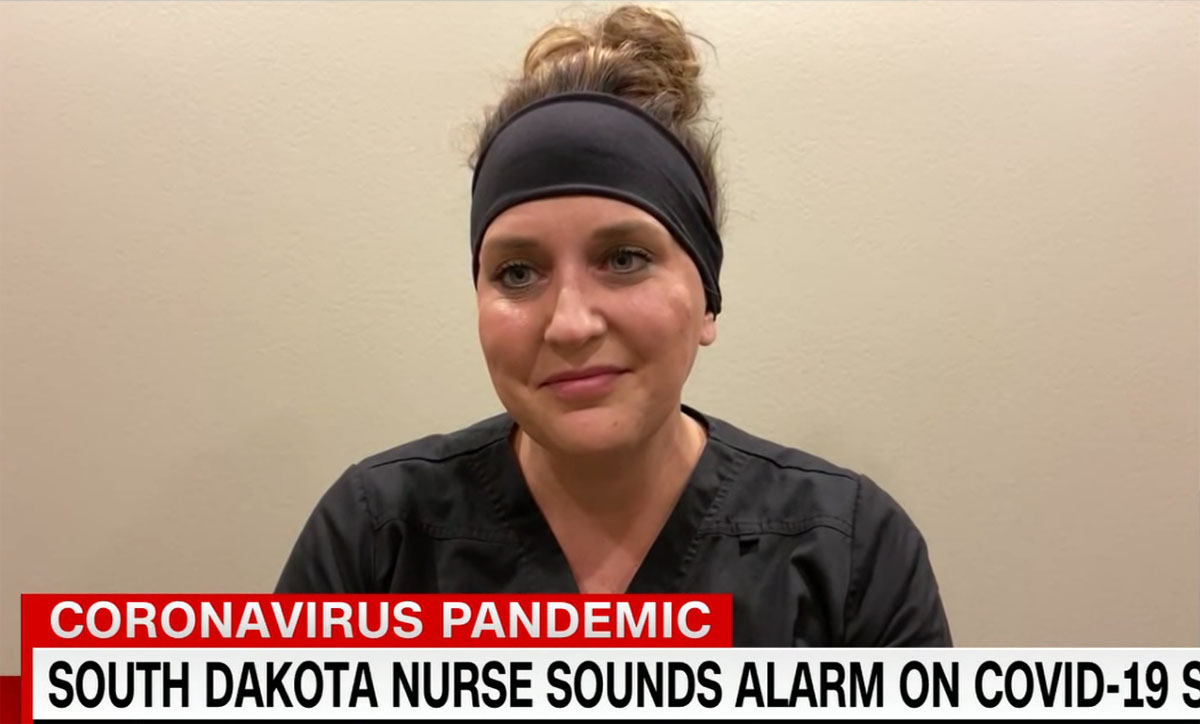 This is a sad story and I am sorry about that. I’m reporting it as a reminder to myself and our readers that it is not worth it to see anybody without a mask until this is over. We have news of two very promising vaccines in the pipeline so hopefully we’ll be out of this by late spring/early summer. In the mean time we have to be more vigilant and careful because it’s now worse than ever.

Last month we talked about a former coronavirus-denier in Texas, heavily influenced by Fakebook, who held a small family gathering resulting in 14 cases of covid and the death of his father-in-law and grandmother-in-law. He recanted his stance on the virus, but not his support of Trump, after personally being hospitalized and losing family. Well there are people who are sadly dying of the virus, insisting that it’s not real and that they must be suffering from something else.

A nurse in South Dakota, Jodi Doerig, went viral with a Twitter thread describing her sad experiences with these patients in their last moments. I’ve embedded her first tweet below and you can see the thread here. Jodi was on CNN describing some of the cases she’s treated in her small town and it’s chilling. South Dakota now has the highest positivity rate in the US, which is about 60%. Their governor, Kristi Noem, is a Trump supporter and absolute trash. Here’s some of what South Dakota nurse Jodi told CNN’s Alisyn Camerota.

On people denying that they have covid
I think the hardest thing to watch is that people are still looking for something else. They want a magic answer and they don’t want to believe covid is real.

The reason I tweeted what I did is it isn’t one particular patient it’s a culmination of so many people.

Their last dying words are, ‘This can’t be happening. It’s not real.’ When they should be spending time facetiming their families they’re just filled with anger and hatred. It just made me sad the other night. I just can’t believe that those are going to be their last thoughts and words.

You try to reason with people ‘can I call your family?’ and they say ‘no because I’m going to fine.’ You’re watching their oxygen level… [at] 75. That’s not really compatible with life. It makes you sad and mad and frustrated. You just know that you’re going to come back and do it all over again.

On what people think is wrong with them
People look for anything. People want it to be influenza… pneumonia. We’ve even had people say ‘I think it might be lung cancer.’ Even after positive results come back some people just don’t believe it. That’s not everybody. We have a lot of patients who are very grateful [and] thankful but unfortunately that’s not what I remember.

After that Jodi said they’ve lost over 600 people in South Dakota, which is greater than the population of her town. “If we had a tornado that came through and killed 20 people we would stop and look and the national news would be there. The fact we’ve had this many deaths in a state this size is mind blowing to me and it’s not getting any better.” It’s brave of her to speak out about this and my heart goes out to her and to all the healthcare workers on the front lines.

I absolutely blame Trump, his spineless Republican buddies and Facebook for willfully spreading misinformation that is robbing these brainwashed people, and their friends and family, of their lives. Facebook needs to be very heavily regulated, if not shut down. I know new ways of spreading lies will pop up, but these platforms need to be monitored and face consequences.

Meanwhile 38% of Americans are saying that they’ll have Thanksgiving with 10 or more people this year. I hope some of them will rethink that. Testing ahead of time doesn’t give guarantees either. Small gatherings are driving spikes in infection rates.

Also, this is really hard to take -warning- but there’s a video of a nurse in El Paso, Texas describing the conditions in the coronavirus rooms in her hospital and it’s heartbreaking. She said she worked there for a month and didn’t see a doctor come into the room once.