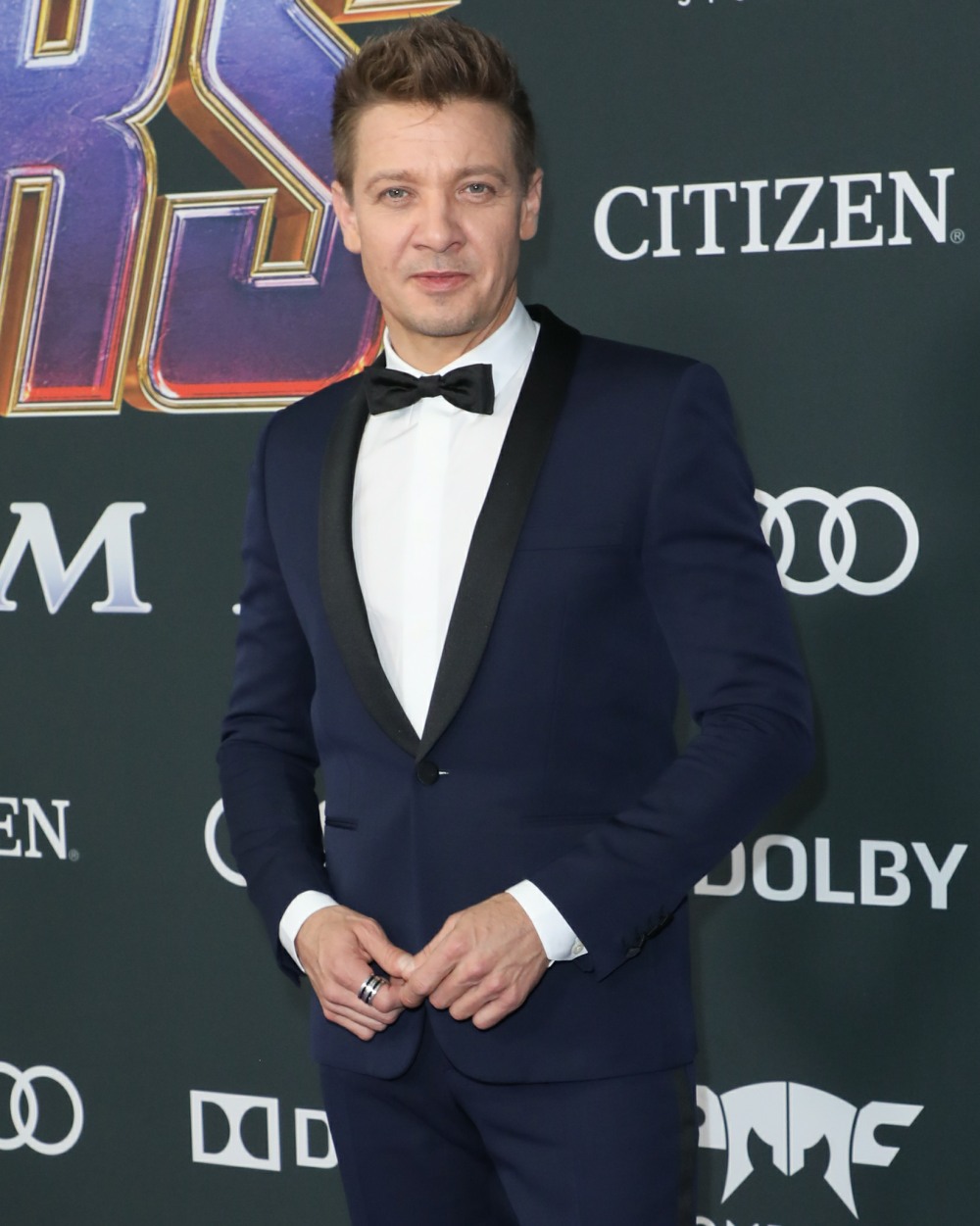 Whenever we don’t hear from Jeremy Renner and Sonni Pacheco in a couple of months, I always hope that they’re quietly figuring out a way to coparent peacefully. They never are. The last eruption of their still-happening custodial and child support drama was in March and May of this year. In March, Renner asked the court to start decreasing his child support payments because of the economic crash. Sonni was mad about that. In May, Renner again went to the court and accused Sonni of misappropriating funds which were supposed to go to their daughter, or supposed to go to Ava’s trust. So what’s new? Sonni wants Renner to get drug tested and Covid-tested. Apparently, he’s had some maskless ladies around his Lake Tahoe compound.

Jeremy Renner’s ex Sonni Pacheco has requested the actor get drug tested as allegations of substance abuse resurface amid their ongoing custody battle. In new court documents obtained by The Blast, Pacheco, 29, accused Renner, 49, of having a “long history of alcohol and drug abuse which has persisted since before the parties’ marriage, through divorce and post-judgment.” She has asked that he get drug tested for the safety of their 7-year-old daughter Ava, and also said she wants to see results from a February 12 test that Renner claims were negative.

The Blast notes that the “Hawkeye” star also denied any claims of drug abuse in the court documents, stating, “There is absolutely no basis for this Court to grant the requested relief with respect to a drug test.”

However, Pacheco also made a separate accusation regarding Renner’s alleged negligence amid the coronavirus pandemic. The Canadian artist wants the court to order her ex to follow proper social distancing guidelines and to take a COVID-19 test because she claims Renner has “several young women” around their daughter at his Reno home without face masks. According to the documents, Renner’s attorney said in response, “There is no basis for this Court to order Respondent to take a Covid test when there is no evidentiary basis that he has, or has been exposed to Covid.”

Pacheco claims Renner is $500,000 behind on child support payments. A court hearing is scheduled for August 20.

One, pay your damn child support. Two, get a damn Covid test. Three, don’t bring an endless stream of “girlfriends” around your child. Four… I don’t know. I feel like drug tests should be allowed in messy custodial battles? I’m not sure if Sonni has a new reason to worry about Renner’s drug use or if she’s merely talking about how he used to be. But whatever, it’s potentially a viral mess! Child custody disputes in the age of Covid – one parent accusing the other of failing to properly social distance.