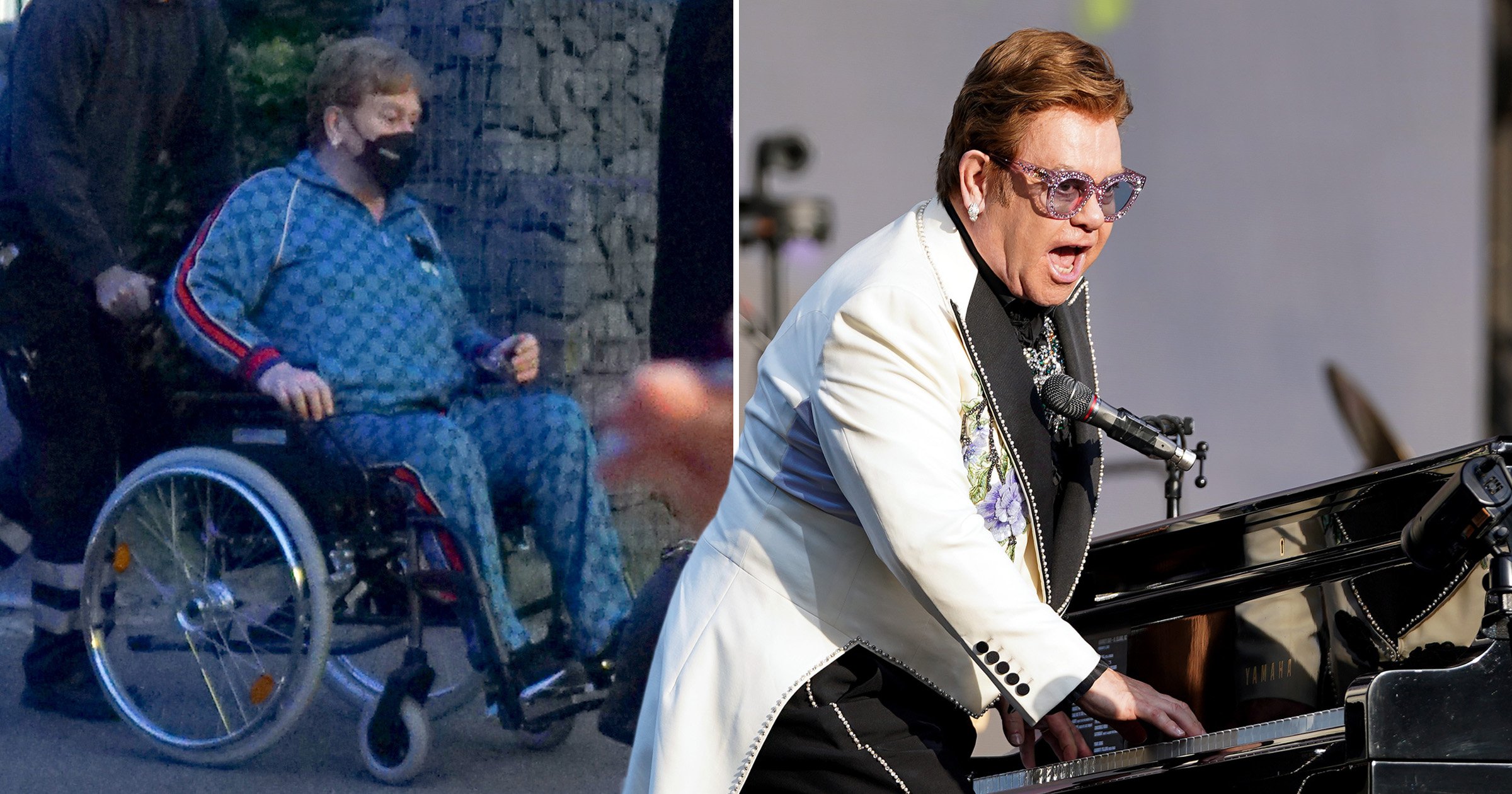 Sir Elton John has reassured concerned fans that he’s OK after he was pictured getting into a wheelchair in Germany.

During his visit to Germany, the 75-year-old musician had performed two shows, in Frankfurt and Leipzig, on his long-running Farewell Yellow Brick Road tour.

Arriving at the airport, the Your Song hitmaker was seen climbing out of a car and getting into a wheelchair before being pushed along by a staff member which resulted in many fans speculating about his health.

Addressing the claims on Instagram, he wrote: ‘I want to thank all my fans for reaching out to ask about my health, after the tabloids ran a silly story about my ‘looking frail’ in a wheelchair.

‘The true story is that I’m in top health, loving my shows and playing and singing at my very best. I give 100% every night and never want to disappoint, especially after everyone has waited so long to get back to seeing shows.

‘Your response to every show has been phenomenal and I’m loving every minute of it.’

The star also explained that after his two-hour show, him and his team arrived at the airport but realised that part of it was closed.

He continued: ‘It was an extremely long walk to get to the plane, so my team kindly laid on a wheelchair so I could rest my hip after doing the show. That’s all folks.

‘Last night was another blockbuster show in Bern and I’m looking forward to seeing everyone at this weekend’s sold-out show in Milan. Thanks for all your kind words of support! Love, Elton.’

This weekend, Sir Elton will also appear in a pre-recorded performance for the Platinum Jubilee concert to celebrate Queen Elizabeth II’s 70-year reign on the throne. Other musicians set to take part include Queen with Adam Lambert, Diana Ross and Rod Stewart.

The Rocketman singer was previously announced as a headliner for this year’s BST Hyde Park, which takes place on June 24. Gearing up to the summer concert series, Sir Elton has announced his curated list of performers on the day, set to include Rina Sawayama, Gabriels, Berwyn and Let’s Eat Grandma.

The Farewell Yellow Brick Road tour will finally conclude on July 8 in Stockholm, Sweden, after which Sir Elton will retire from live performing.