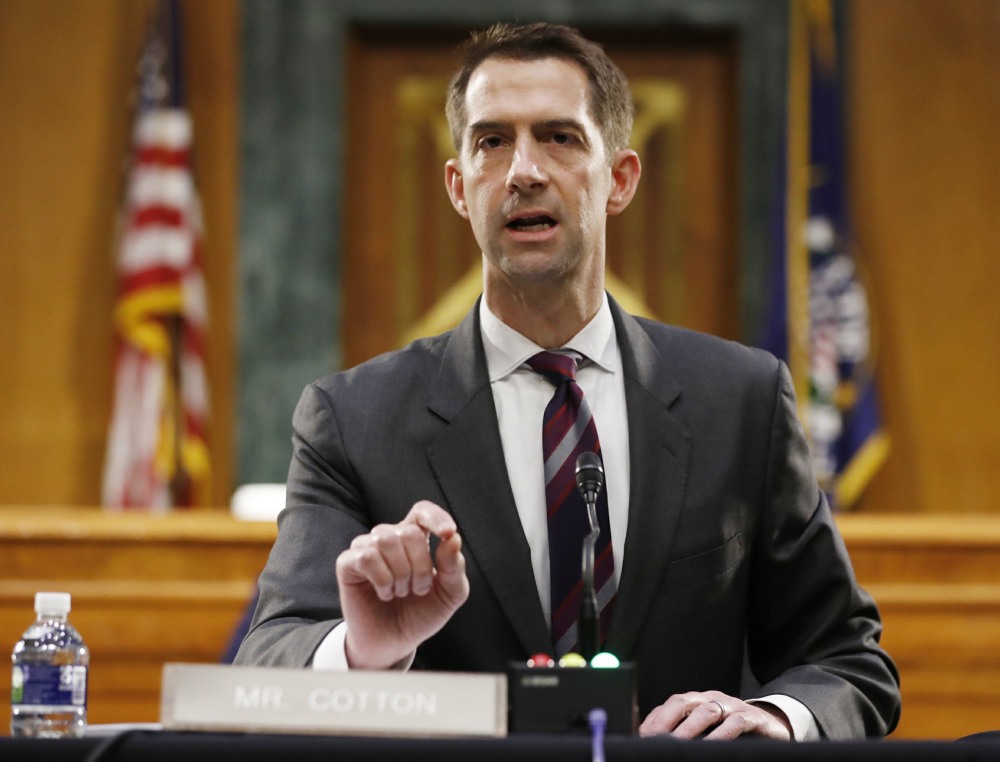 Tom Cotton is a senator from Arkansas. He recently got headlines for writing that fascist propaganda piece about how the military should be ordered into American cities to shut down lawful and overwhelmingly peaceful protests. But his main interest this year is attacking the New York Times’ 1619 Project, which was the 2019 Pulitzer-Prize-winning series on the real history of American slavery. The 1619 Project was thought-provoking “revisionist history,” in that the aim was to tell the narrative of slavery and the black experience in America through a different lens than what American kids learn in history books in school. Some schools – not all, but some – have decided to add the 1619 Project to their curriculum.

All of which upsets Tom Cotton, because how dare American children learn added layers of American history. How dare kids learn that slavery was f–king awful and that people who perpetuated slavery for centuries were awful, even if those people are considered “presidents” and “founding fathers.” So Sen. Cotton has introduced legislation to “prevent the use of federal tax dollars to spread the historical reinterpretation in the nation’s classrooms.” Can you even imagine being this addicted to white supremacy? Wait for it…

If the Saving American History Act of 2020 becomes law, however, school districts using the 1619 Project curriculum could face financial consequences. Cotton’s legislation labels the project “a distortion of American history.”

“The 1619 Project is left-wing propaganda. It’s revisionist history at its worst,” he said in an interview Friday. The secretaries of Education, Agriculture and Health and Human Services would create “prorated formulas” to determine the size of the reduction in federal money for schools adopting the curriculum. “It won’t be much money,” Cotton said. “But even a penny is too much to go to the 1619 Project in our public schools. The New York Times should not be teaching American history to our kids.”

“Curriculum is a matter for local decisions and if local left-wing school boards want to fill their children’s heads with anti-American rot, that’s their regrettable choice. But they ought not to benefit from federal tax dollars to teach America’s children to hate America,” he said.

“The entire premise of the New York Times’ factually, historically flawed 1619 Project … is that America is at root, a systemically racist country to the core and irredeemable. I reject that root and branch,” Cotton said Friday. “America is a great and noble country founded on the proposition that all mankind is created equal. We have always struggled to live up to that promise, but no country has ever done more to achieve it.”

In the interview, Cotton said the role of slavery can’t be overlooked.

“We have to study the history of slavery and its role and impact on the development of our country because otherwise we can’t understand our country. As the Founding Fathers said, it was the necessary evil upon which the union was built, but the union was built in a way, as Lincoln said, to put slavery on the course to its ultimate extinction,” he said. Instead of portraying America as “an irredeemably corrupt, rotten and racist country,” the nation should be viewed “as an imperfect and flawed land, but the greatest and noblest country in the history of mankind,” Cotton said.

Anyway, in the year 2020, Republicans have become the pro-slavery party. Congrats.

(Tom Cotton looks exactly like the kind of man who would say “slavery was a necessary evil.”) 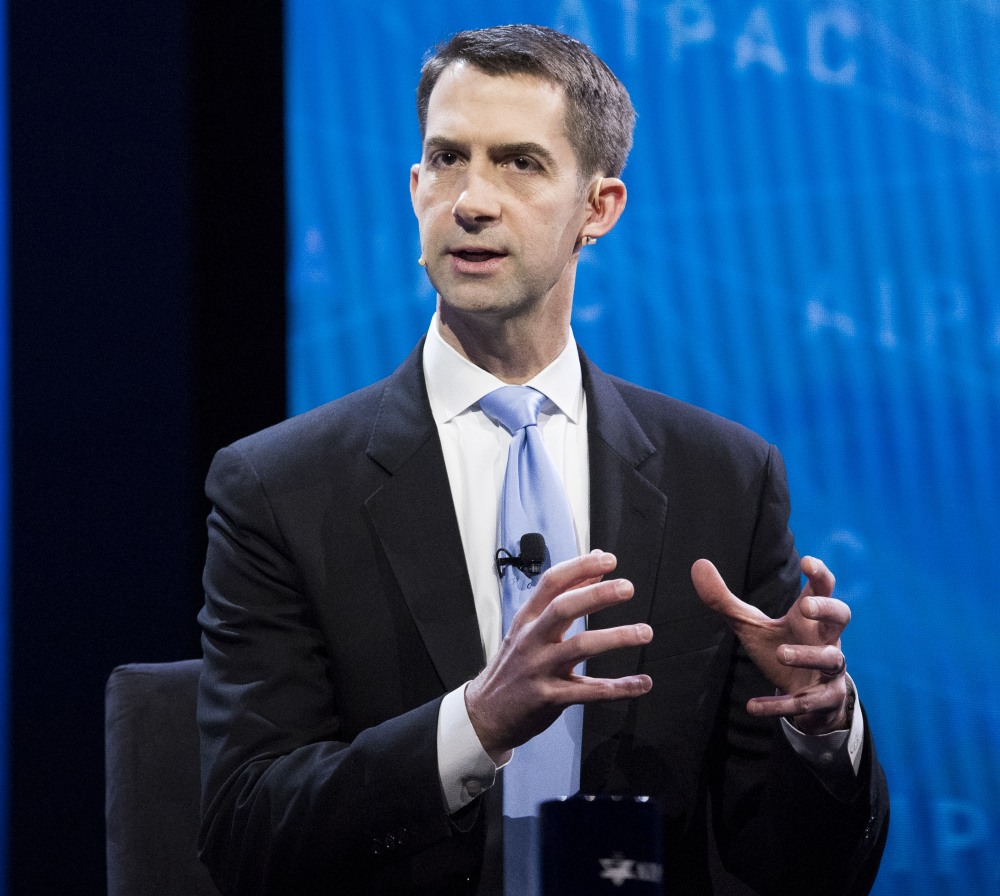