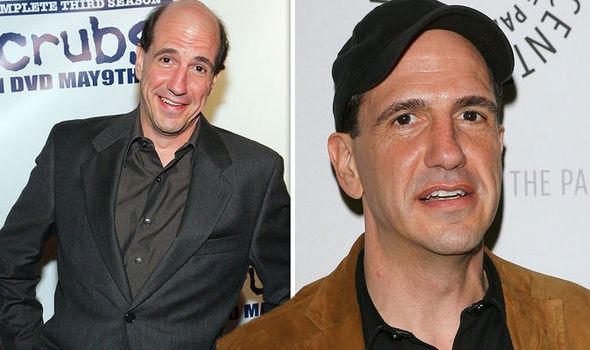 The actor had informed fans he had been diagnosed with cancer of the brain and lungs last year.

Sam announced the news about his health just after welcoming a son named Weston with his wife, Vanessa.

Sam’s co-stars from the popular comedy series took to social media to pay heartfelt tributes to him after the tragic news of his death broke yesterday.

Zach Braff, who played John ‘JD’ Dorian in Scrubs, wrote on Twitter: “Rest In Peace to one of the funniest actors I’ve ever had the joy of working with.

“Sam Lloyd made me crack up and break character every single time we did a scene together.”

He added: “He could not have been a kinder man. I will forever cherish the time I had with you, Sammy.”