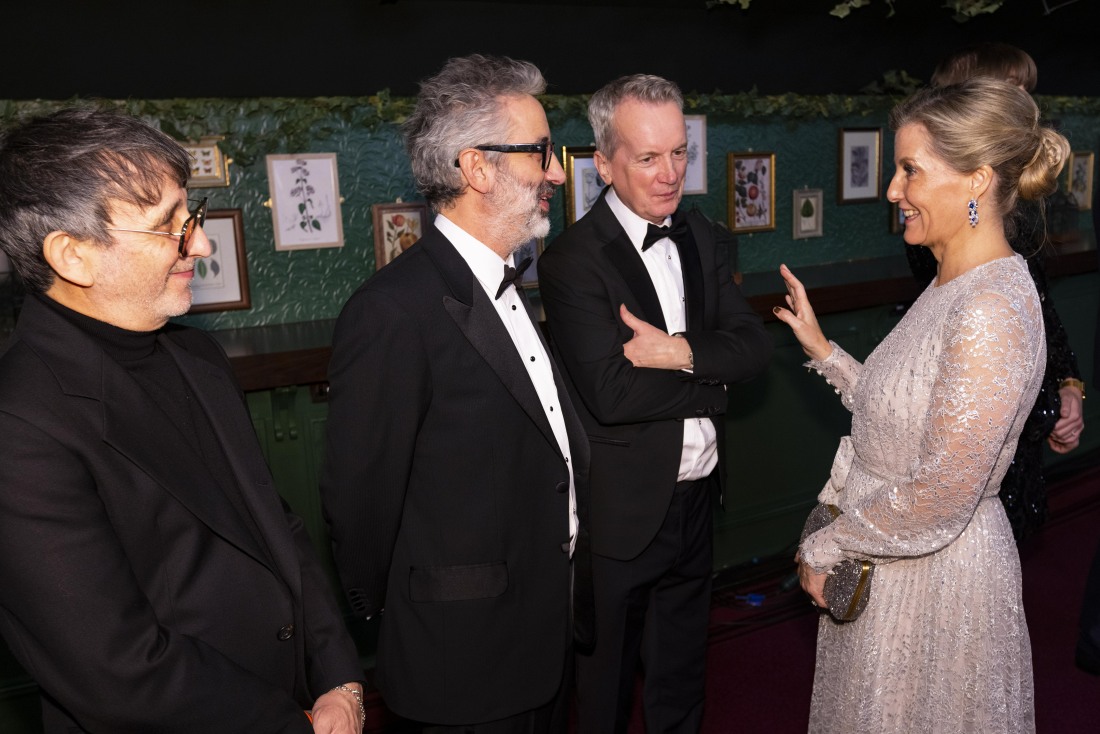 Last week, the Earl and Countess of Wessex were “the royals” in attendance at the Royal Variety Show, an annual fundraiser for senior entertainers and entertainers who are struggling with illnesses. Every year, a royal or royal couple gets assigned to attend the event and the expectations are pretty simple. They’re supposed to watch the event from the royal box and then greet some of the performers backstage while photos are taken. I would argue that there’s an expectation that the interactions between royals and entertainers be kept breezy and nice – after all, most of the performers are donating their time for charity, right? Especially coming right after the Susan Hussey debacle, where Hussey’s racist interrogation of Ngozi Fulani caused international headlines, you would think “hey, Sophie and Edward were on their best behavior, right?” Nope. One of the entertainers, Frank Skinner, told a radio show that Sophie and Edward were horribly rude to him backstage.

Frank Skinner has revealed that the Countess of Wessex criticised his performance of “Three Lions” in an uncomfortable exchange that also involved Prince Edward. The comedian and actor opened up about the unprecedented conversation during his Absolute Radio show at the weekend.

Comedy duo Skinner and David Baddiel performed their hit football anthem at the Royal Albert Hall on Thursday (1 December) as part of the Royal Variety Performance. The 65-year-old explained that he had arrived at rehearsals feeling unwell, but went ahead with the show. Playing to a full house and a host of celebrities, the 65-year-old revealed that the royal reception they received was less than complimentary, however.

“I was gradually getting more ill, and more ill, as the day went on,” he explained. “I was struggling. We were singing “Three Lions”. So I croaked my way through the dress rehearsal. And then, on the night, we did the show. It actually hurt to sing it. Four minutes of hurt never stopped me singing. I was in physical pain. Then we had our royal thing. Prince Edward and Sophie Wessex.”

Rather than the usual small talk, Sophie was forthwright in her opinion of his performance.

“Sophie led the way, bearing in mind I’d had a really hard day and I battled on like a trooper. So she comes up and she says ‘Well, don’t give up your day job’. I thought ‘This is not how the royal walk thing works’. And we honestly said ‘Pardon?’ It’s supposed to be just banal compliments. I said ‘Was it that bad?’ And she said: ‘Well, you know, I could tell, you know, it’s not what you do’. And I said ‘Erm, well, normally we’re like comics’. She said, ‘Yeah, but you’re on screen aren’t you, you’re not used to a live crowd’.”

Skinner went on to say that Prince Edward also came up to him and Baddiel and criticised their performance. He said that while he could not recall his exact words, he remembered sarcastically replying “that’s a good review”. The comedian felt their conversational efforts were somewhat lacking for people of their stature.

“I think what’s happened is they don’t really do this stuff much, and they’ve (the royals) been reduced in numbers for various reasons, and so they’ve been pulled out to do this – and it’s a bit of a skill just talking to someone for 10 minutes and not upsetting them.”

He added that Prince Edward eventually ran out of things to say to him: “There was a bit where it just died, the conversation – it never happens with the royals – it just like died. There was a moment where it was probably three seconds, but it felt like 10 minutes, he said ‘So, things are well?’ And I thought ‘No. Come on’. And in the end I started to think I wanted to put my arm round him a bit. I think it’s tough,” he said.

No, this is honestly hilarious? “I think what’s happened is they don’t really do this stuff much, and they’ve (the royals) been reduced in numbers for various reasons…” The king is so under-royal’d that he had to send two rude idiots to one of the most glamorous events of the year and they f–ked it all up. Sophie and Edward are incapable of merely standing around celebrities and entertainers for ten minutes without insulting them and barraging them with nasty comments. This is reminiscent of the Susan Hussey debacle too, even though the Royal Variety situation was a white-on-white crime. It’s reminiscent because: how are these people so terrible at their public-facing jobs? Besides the need for racial sensitivity training, there’s a need for just plain TRAINING. Like “this is how you do the royal job, this is how you make small talk, this is how you say something nice to someone who is donating their time.” 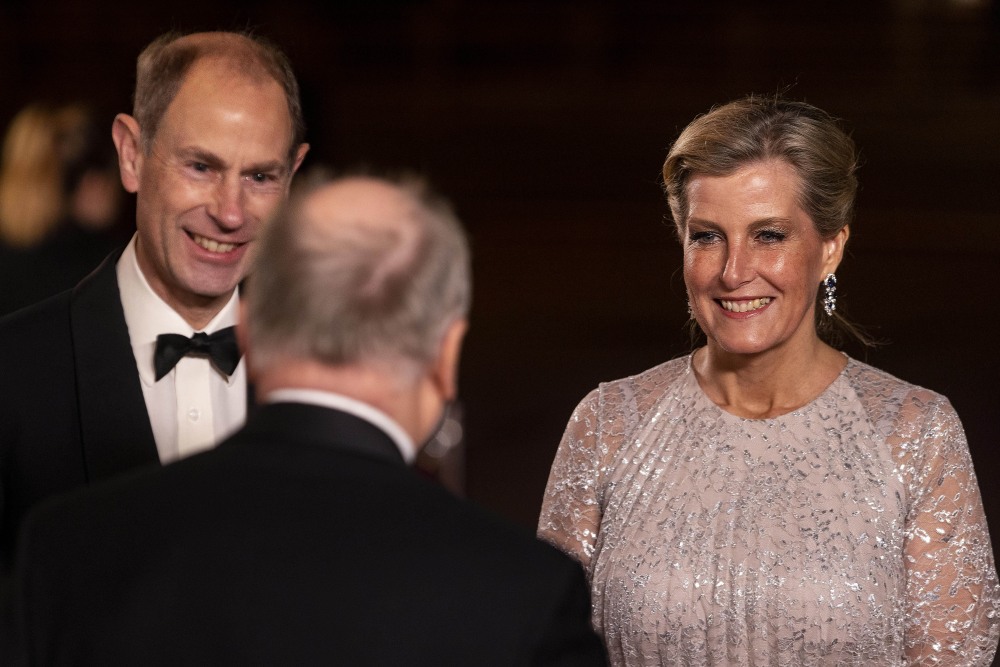 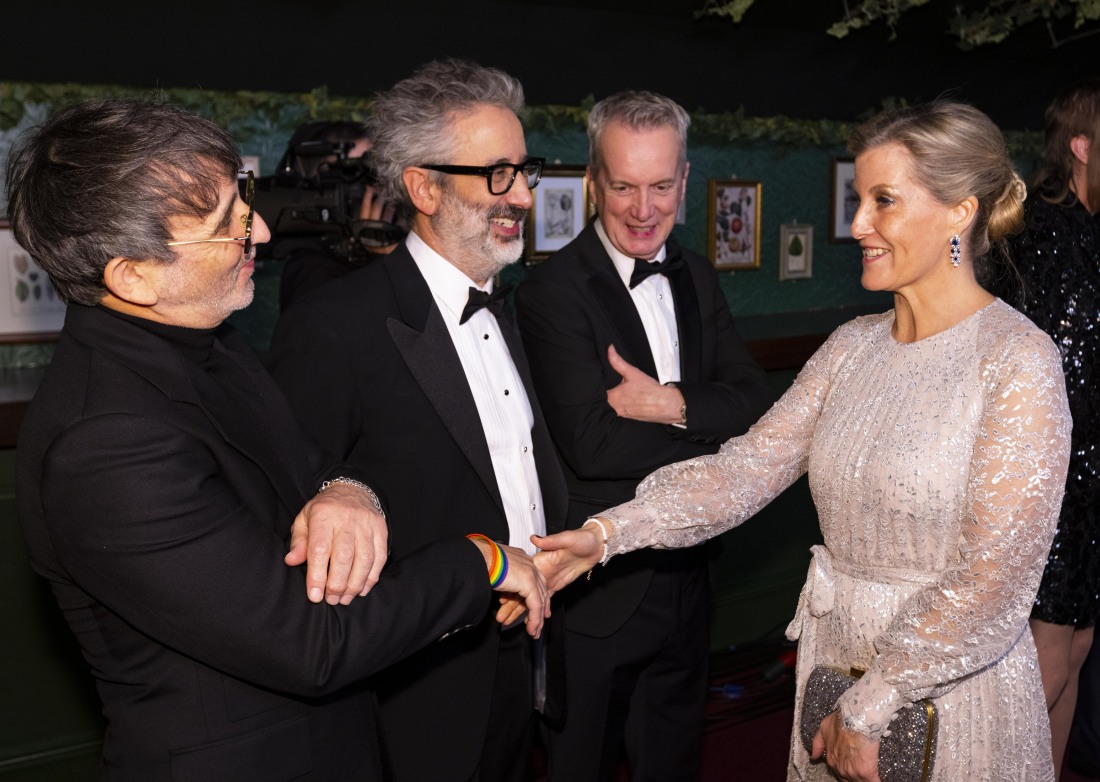 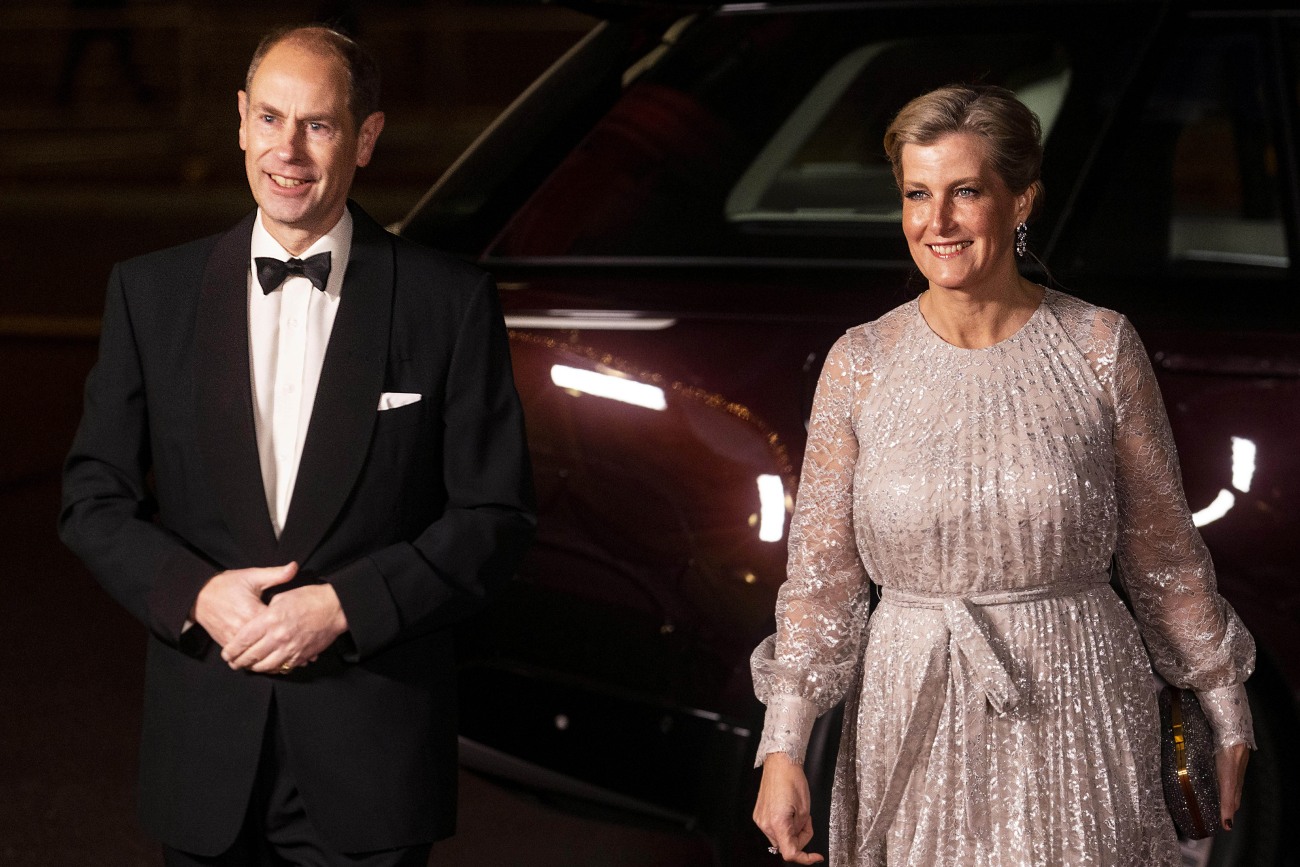