Music superstar and business mogul Rihanna may be many things, but boring isn’t one them. In fashion, beauty, philanthropy, and music, she’s blazed her own trail and continues to set trends, no matter the arena.

Within the past week, RiRi made a generous donation to coronavirus relief efforts, surprised fans with a feature on a new PartyNextDoor song, and was revealed as the cover model for the May 2020 issue of British Vogue.

Sounds like a typical week for her right? She’s used to beinga headliner, but Rihanna just helped British Vogue achieve an unusual historic milestone.How? By wearing a durag. 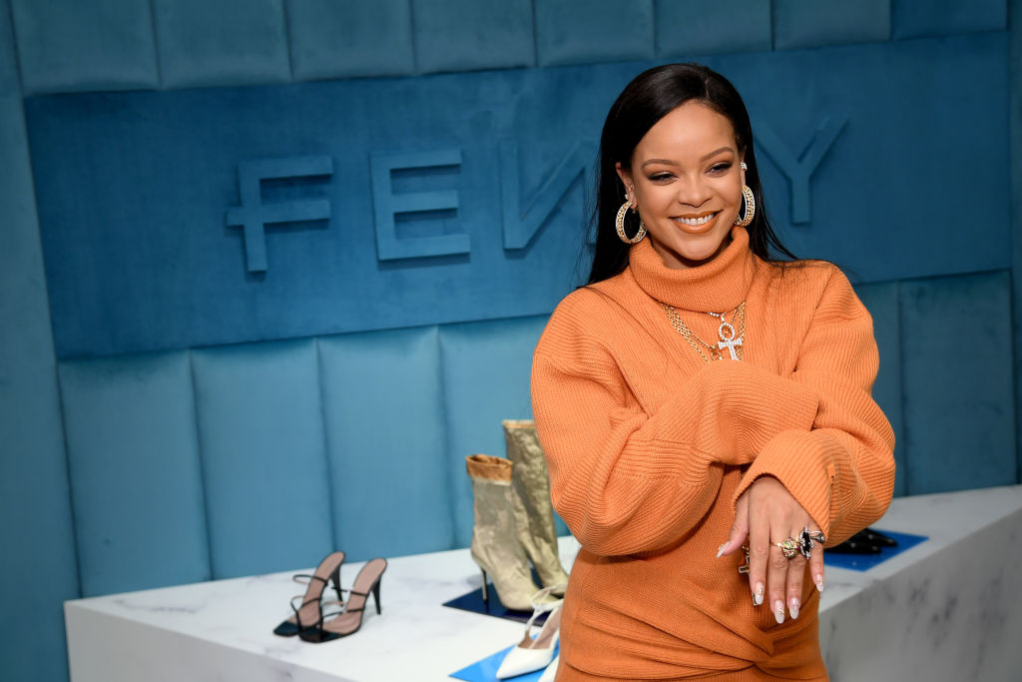 A special feature article about Rihanna’s cover photo highlights the history of the durag, its association with hip-hop, and its place in black culture. For the first time in British Vogue’s 104-year history, the head accessory is gracing the cover, and it’s being worn by one of the world’s most popular celebrities.

“Today, the durag, an iteration of the head cloth birthed in oppression, is a celebration of black culture. Extolling its virtues are the artists who paint it, musicians who write songs about it, festivals dedicated to it and Instagram accounts born to serve it. The tainted fabric has been reclaimed as a symbol of black beauty, a signifier of style worn on the streets, the catwalk, the red carpet.”

She cites the examples of Solange Knowles wearing one to the Met gala, Jay-Z, 50 Cent, and other rappers wearing them for fashion or as a hair tool, and Fetto also points out that Rihanna has worn them as high fashion accessories in the past.

Gang back in da Stu!! @Edward_Enninful and I are back at it again with @StevenKleinStudio for the May 2020 cover of @BritishVogue 🥰✊🏿 available Friday, April 3rd! . Wearing all @Burberry by @RiccardoTisci17, and a custom @StephenJonesMillinery durag. Photographed by @StevenKleinStudio and styled by @Edward_Enninful, with hair by @YusefHairNYC and @NaphiisBeautifulHair, make-up by @IsamayaFfrench using @FentyBeauty and nails by @RedHotNails. With thanks to @JillDemling.

We are fully aware that Rihanna is well-respected in fashion circles, something that was established before she even launched her Fenty brand.

She’s considered an icon and that’s one of the reasons British Vogue editor Edward Enninful co-signed on the idea of RiRi shooting the cover with a durag.

Fetto noted Enninful’s editor’s letter mentions how he and Rihanna spent significant time pondering her look for the cover, and late one night, she hit him via text with the idea. He also acknowledged that he never thought he would see one on the magazine’s cover. Ever.

“Although this potent symbol of black life – of self-preservation, resistance and authenticity – has an important place in popular culture, it is rarely viewed through the prism of high fashion. Yet here we have the most aspirational and beautiful durag. How exciting.”

The May issue of British Vogue will be available on April 3.

It’s not the only time Rihanna has made history

Musically, Rihanna achieved several milestones. At age 23, she was the youngest artist to have 10 Billboard hits under her belt.

Although her ANTI album was released in 2016, by 2019, it’d spent 200 weeks on the Billboard 200 chart, making it the first album in history by a black woman to reach that milestone.

Business-wise, she’s the first woman of color to launch afashion label under a luxury brand. Fenty broke ground in 2019 under the LVMHbanner, marking the first time the brand had a woman lead the line in additionto Rihanna being a black woman. On the beauty side, her Fenty brand continuesto break barriers.