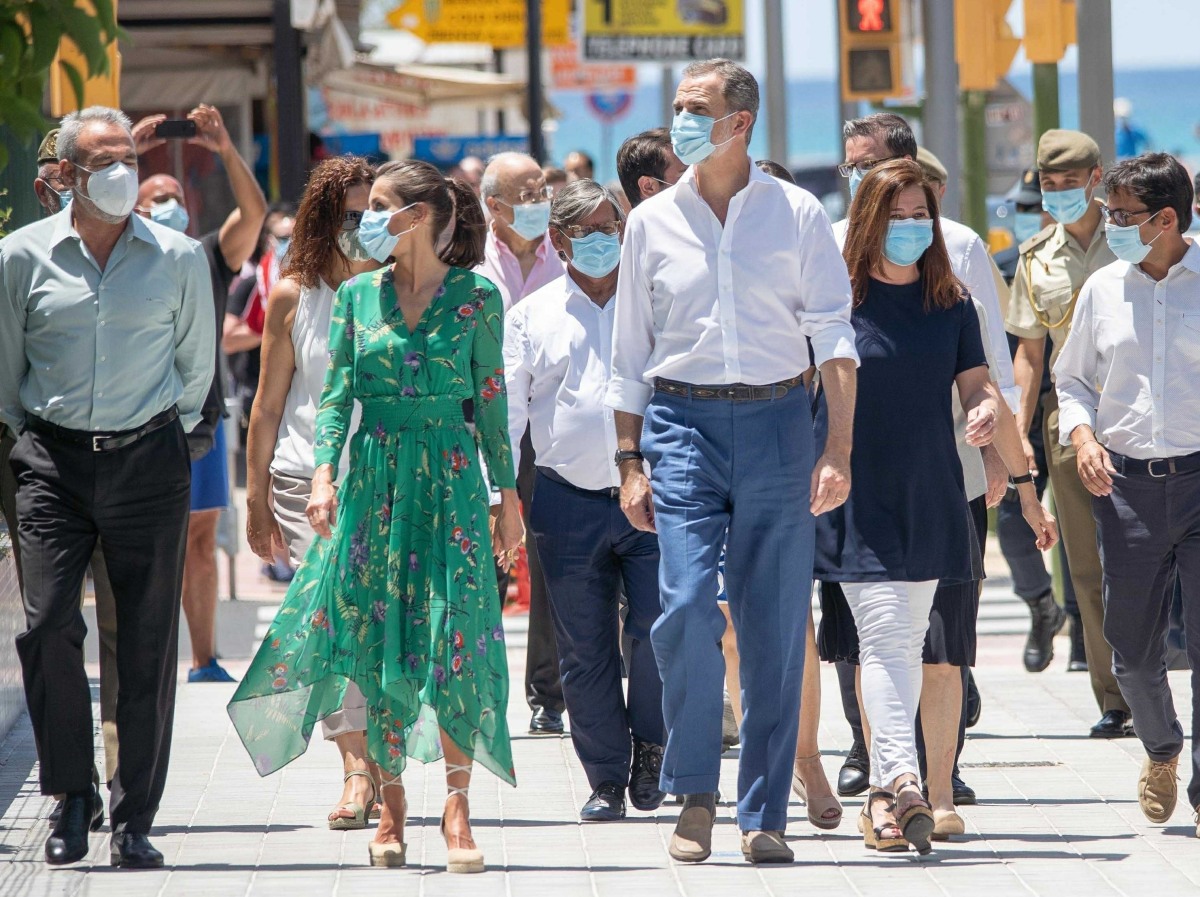 Queen Letizia and King Felipe have become the faces of Spain’s slow “reopen” during the pandemic. Spain was a little bit like Italy – they got hit very hard early in the pandemic, then the country went into a very tight lockdown for three months, and they’re doing a phased reopen. That’s similar to what some states are doing here in America. To highlight the fact that beaches are reopening and tourists are being slowly re-welcomed, Letizia and Felipe made a trip to Mallorca yesterday and strolled down the promenade of Platja de s’Arenal.

What’s confusing to me is that there were moments during their stroll where they were both wearing masks, but for the bulk of the walk, they were unmasked. Was there some purpose to that? Is the point to “wear masks” when you’re in a crowd even if it’s open-air? I don’t know. But after praising the Spanish royals for their mask-wearing protocols just days ago, I’m not entirely sure what this is about. It does seem like Spain, on the whole, is trying to be careful. That being said, I imagine all of these countries and states which are doing these “businesses can now reopen, tourists are welcome!” photo-ops will end up saying “actually, please go back inside” in another week.

Fashion notes: Letizia recycled a Maje Rayema floral dress which she first wore last year. It retailed back then for about $300, but it’s sold out now. It’s really pretty and I like that Letizia has a wardrobe made up of a lot of different separates and easy, pretty dresses, that she recycles everything and she doesn’t expect a special award for it. 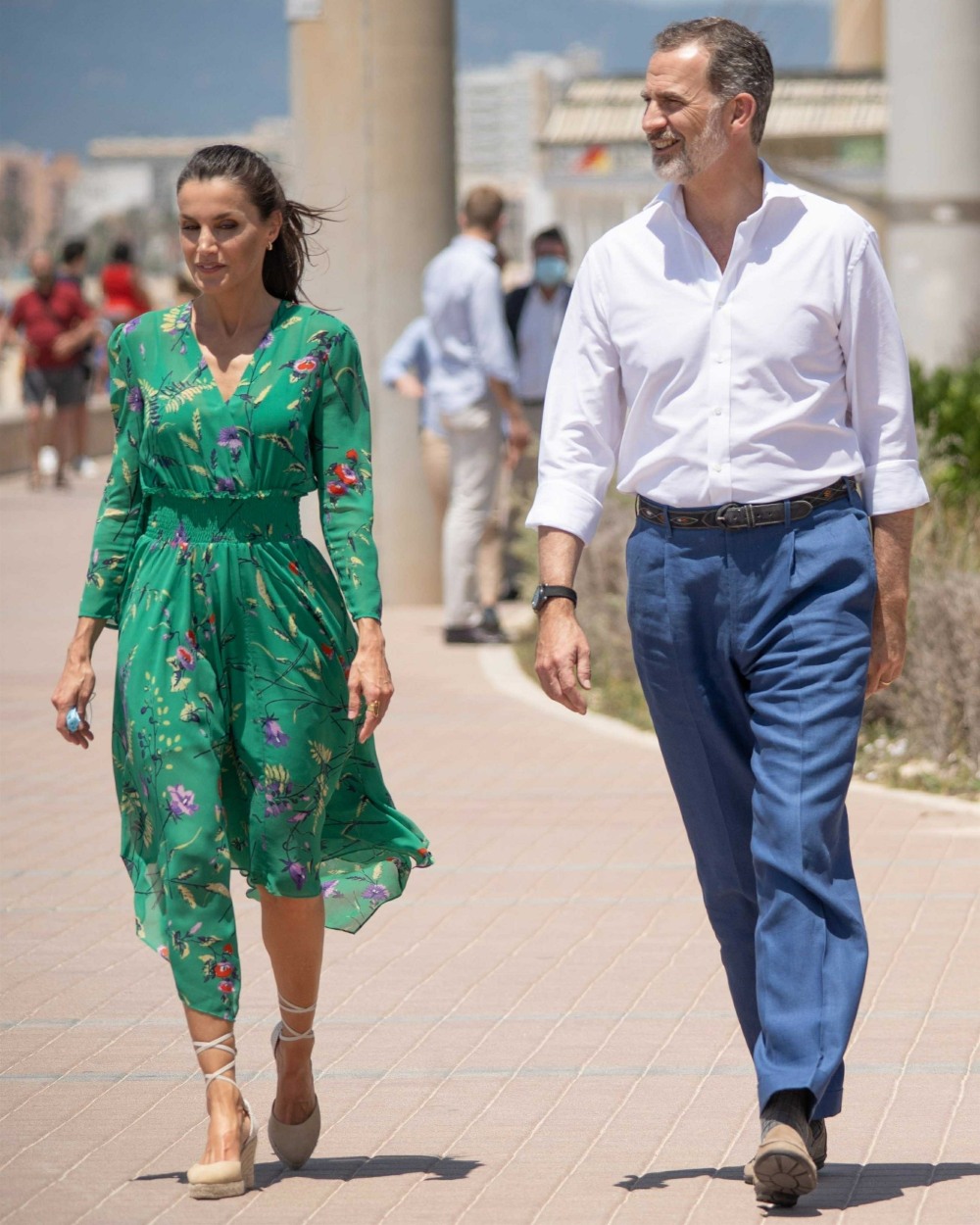 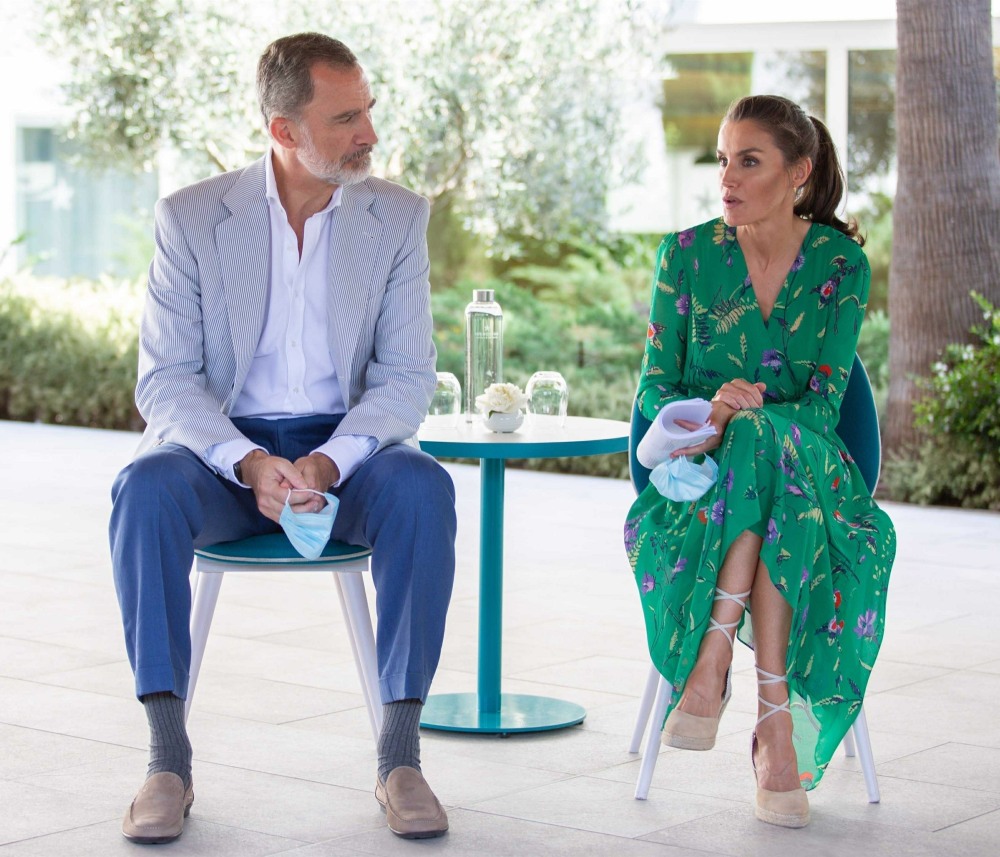