Prince Harry and Meghan Markle ‘had done’ their Oprah interview ‘before Prince Philip went to the hospital’ but had plans to ‘not run’ it if his condition became fatal.

Prince Harry, 36, and Meghan Markle, 39, made sure to keep Prince Philip‘s health front and center before their shocking interview with Oprah Winfrey, 67, aired earlier this month, according to Gayle King. The 66-year-old broadcast journalist revealed that although the interview was filmed before the Duke of Edinburgh was admitted to the hospital for a heart condition, the Duke and Duchess of Sussex had a deal that they would postpone the airing of the special if he had passed away beforehand.

“Well, just so you know, they had done that interview before Prince Phillip went into the hospital. And if something, God forbid, had happened to him, the interview would not have run at this particular time,” Gayle said on the Mar. 11 episode of her SiriusXM radio show, Gayle King In the House. “But the interview was done and was scheduled before he went into the hospital. But a lot of people have raised that point.’ 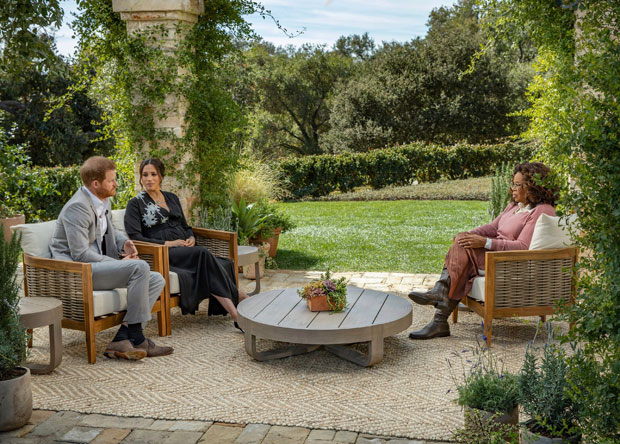 Gayle, who is Oprah’s best friend, made the admission when a caller called into her show and commented that their interview was “terrible timing” since Queen Elizabeth II‘s husband was still in the hospital at that point. He was first admitted to King Edwards VII Hospital in London on Feb. 16 and after a two week stay, he was transferred to St. Bartholomew’s Hospital, where he had surgery for a pre-existing heart condition on Mar. 3. He later returned to King Edwards and returned home on Mar. 16.

Harry and Meghan’s interview, which aired on Mar. 7, had the former senior royals talking about their struggles within the royal family, including how they were allegedly denied security and how their one-year-old son Archie was allegedly denied the title of a prince. They also made headlines for revealing that one unnamed member of the royal family was allegedly concerned with how dark Archie’s skin color would be before he was born. 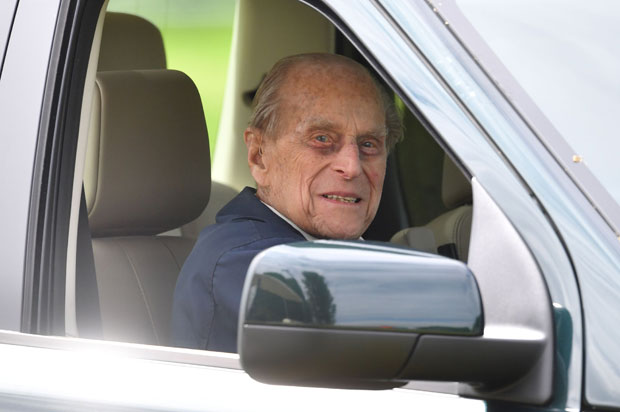 After the interview, Gayle also claimed that discussions between Harry and his father Prince Charles and brother Prince William happened but were “not productive.”

“Well, I’m not trying to break news, but I did actually call them to see how they were feeling, and it’s true, Harry has talked to his brother and he has talked to his father too,” Gayle said, explaining, “The word I was given was that those conversations were not productive. But they are glad that they have at least started a conversation.”