Why should any of us heed any health guidance from you ever again?

Dominic has also said he has “no regrets” in travelling 260 miles to County Durham to self isolate with his family during the coronavirus lockdown.

Yesterday, Health Secretary Matt Hancock weighed in on the controversy and was swiftly slammed by Piers.

In view of his 296,000 Twitter followers, Matt wrote: “I know how ill coronavirus makes you.

“It was entirely right for Dom Cummings to find childcare for his toddler, when both he and his wife were getting ill.” 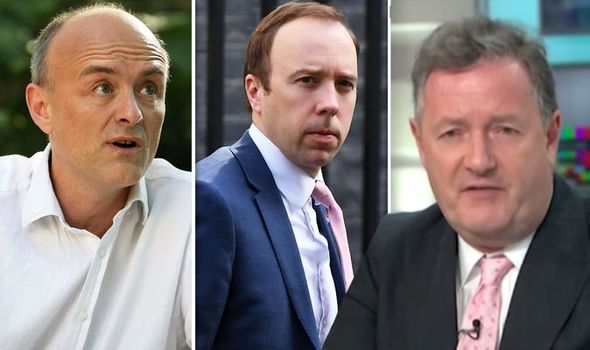 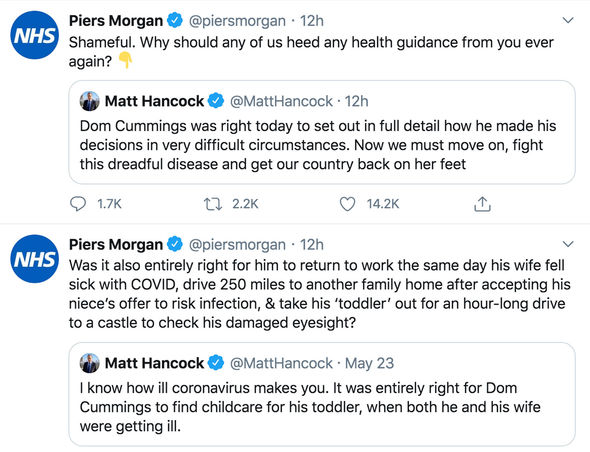 Piers queried Matt’s tweet, writing: “Was it also entirely right for him to return to work the same day his wife fell sick with COVID, drive 250 miles to another family home after accepting his niece’s offer to risk infection, & take his ‘toddler’ out for an hour-long drive to a castle to check his damaged eyesight?”

Matt followed up his tweet, writing: “Dom Cummings was right today to set out in full detail how he made his decisions in very difficult circumstances.

“Now we must move on, fight this dreadful disease and get our country back on her feet.”

The Good Morning Britain host shared Matt’s tweet, writing: “Shameful. Why should any of us heed any health guidance from you ever again?” 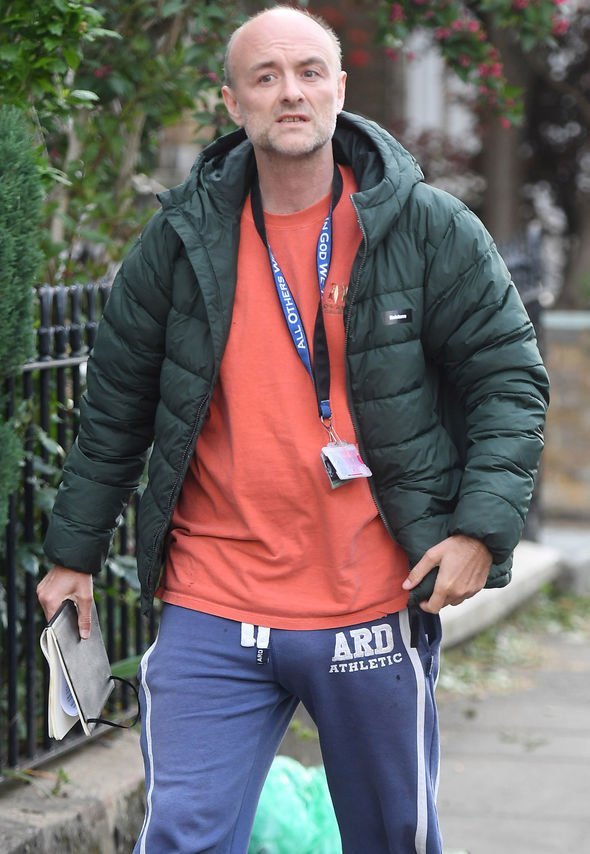 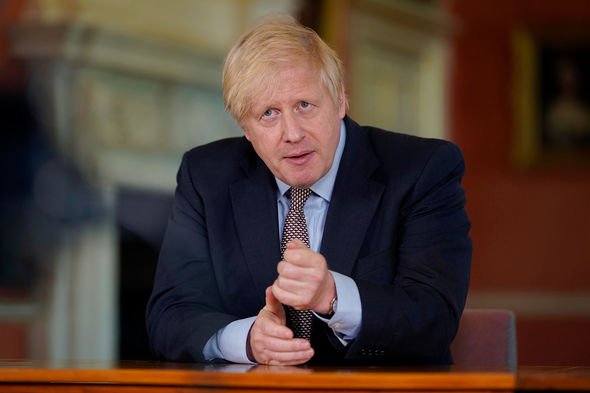 Piers also hit back at a tweet from the Foreign Secretary Dominic Raab.

The latter tweeted: “Dominic Cummings gave a detailed account of his actions and how he followed the rules applicable to his family.

The presenter shared Dominic’s tweet, writing: “He admitted he broke the rules multiple times, Foreign Secretary – the same rules I remember YOU repeatedly telling us to obey at the time ‘to save lives’.”

In a speech from Downing Street, Mr Cummings shared his version of events after his move caused controversy.

He admitted he did travel to Durham twice during lockdown and explained his reasons why.

Dominic claimed that he drove to the market town of Barnard Castle on Sunday April 12 to “test his eyesight” after developing coronavirus symptoms.

He added that he made the journey to his parents’ home because of fears over childcare for his young son when his wife Mary also developed coronavirus symptoms.

He went on to say he also had concerns about his family’s safety at his London home after receiving threats.

The Prime Minister’s right hand man continued: “I don’t regret what I did.

“The rules made clear that if you are dealing with small children that can be exceptional circumstances.

“And I think that the situation that I was in was exceptional circumstances and the way that I dealt with it was the least risk to everybody concerned if my wife and I had both been unable to look after our four-year-old.”

Dominic went on to confirm that the Prime Minister was not told about his travels during lockdown.

“Arguably this was a mistake and I understand that some will say that I should have spoken to the Prime Minister before deciding what to do,” he added.