Piers Morgan and and Susanna Reid paid tribute to Kate Garraway on Friday as she spent her first Christmas without her husband Derek, 53, who is recovering from COVID-19 in hospital.

On the first ever Chistmas day show, the Good Morning Britain hosts, aged 55 and 50, honoured their colleague, 53, who has been devastated by her partner’s illness.

Derek was admitted to hospital in March after contracting the respiratory illness, he was subsequently placed in a medically induced coma and awoke in July, 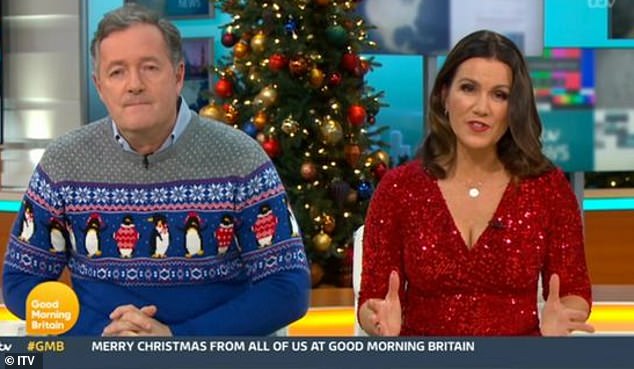 Support: Piers Morgan and and Susanna Reid paid tribute to Kate Garraway on Friday as she spent her first Christmas without her husband Derek, 53, who is recovering from COVID-19 in hospital

Acknowledging the challenging year, Piers said on the show: ‘Of course, to all of those that have lost loved ones this year, or whose loved ones are seriously ill from the virus.

‘We’re particularly thinking of our colleague Kate, of course, who won’t be with Derek this Christmas. It was always a special time, we know, for the family and our hearts go out to Kate and the kids today.

‘It will be a very different Christmas for them, obviously and we continue to hope and pray that Derek comes through what’s been a tremendously difficult ordeal for him, obviously, and for his family.’

Her husband remains in critical condition but has made minor improvements. He managed to utter the word ‘pain’ in October, which marked the first time he had spoken following his medical coma. 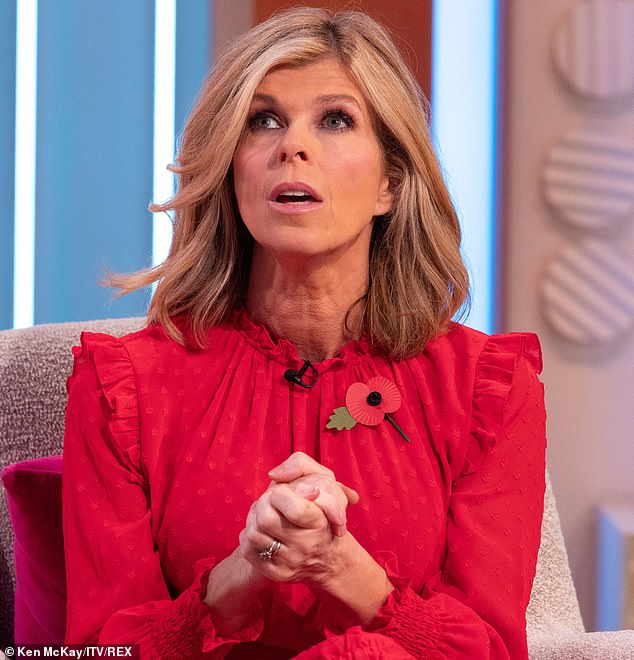 Struggle: On the first ever Chistmas day show, the Good Morning Britain hosts, aged 55 and 50, honoured their colleague, 53, who has been devastated by her partner’s illness

While Derek continues to recover away from home, Kate said she has been trying to be ‘both mum and dad’ to their two children Darcey, 14, and Billy, 11.

The family had been unable to visit Derek in hospital due to coronavirus restrictions, but the mother-of-two previously said that nurses kindly allowed her to FaceTime him.

On Saturday afternoon, Prime Minister Boris Johnson revealed that a third of England – including London and swathes of the home counties – will be thrust into a brutal ‘Tier 4’ lockdown from midnight.

The draconian bracket will see non-essential shops shut, and travel restrictions including a ‘stay at home’ order for Christmas Day itself – even though Mr Johnson insisted just days ago that it would be ‘inhuman’ to axe five-day festive ‘bubbles’.

The introduction of the new tier seeks to curb a new more infectious strain of the virus, Boris explained during a press briefing.

Kate previously expressed her hopes of forming a bubble with Derek and the family over Christmas, but the new precautions may have delayed any close contact with her husband once more.

As she pushes forward amid Derek’s health battle, the GMB presenter has reportedly been given support by ITV’s resident doctor, Dr Hilary Jones, behind-the-scenes.

Speaking about the pair, fellow presenter Lorraine Kelly claimed on Monday: ‘He has been an absolute hero throughout this pandemic.

‘Bringing clarity and common-sense advice with real empathy and behind the scenes he has been helping Kate, whose husband is currently still in hospital.

‘And all of our team and crew who have been concerned and worried about themselves and their loved ones. He is a very special man.’ 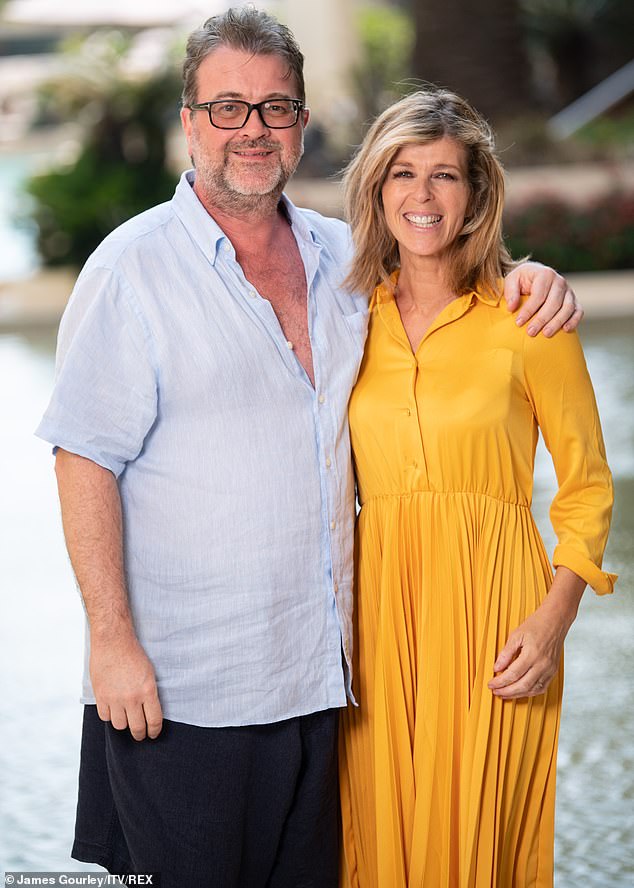 Tragedy: Derek was admitted to hospital in March after contracting COVID-19, he was placed in a medically induced coma and has since awoken, but he remains in critical condition (pictured in 2019)