‘Baywatch’ may have ended more than 20 years ago, but Pamela Anderson is still paying homage to the iconic role that made her a household name.

Baywatch star Pamela Anderson, 53, channeled her iconic TV character when she visited an animal sanctuary on Vancouver Island. The Canadian-born actress was seen wearing a red, cropped hoodie which read ‘Earth Guard’ along with a white tank top, light wash jeans, and knee-high black boots. The blonde beauty used her high heeled boots to smash a pumpkin, which she then fed to a cow at the RASTA Sanctuary, which offers “forever homes” to rescued farm animals. While Pamela is best known for her role on our TV screens throughout the 90s, she is also an outspoken animal activist, and advocates for the vegan diet.

The cute clip comes just one month after it was reveled that Lily James, 31, was set to portray Pamela in an upcoming Hulu series, Pam & Tommy, about the former Playboy model’s romance with her ex-husband Tommy Lee, 58. The Mamma Mia actress will be joined by Sebastian Stan, 38, who is set to star opposite her in the role of Tommy, in the eight-episode show. The much-anticipated limited series will tell the story of Pamela and Tommy’s headline-grabbing relationship in the 1990s. Longtime fans of Pamela would recall the leak of her private honeymoon video after the couple’s whirlwind marriage (they married after just a few days of dating) and the legal battle that ensued. 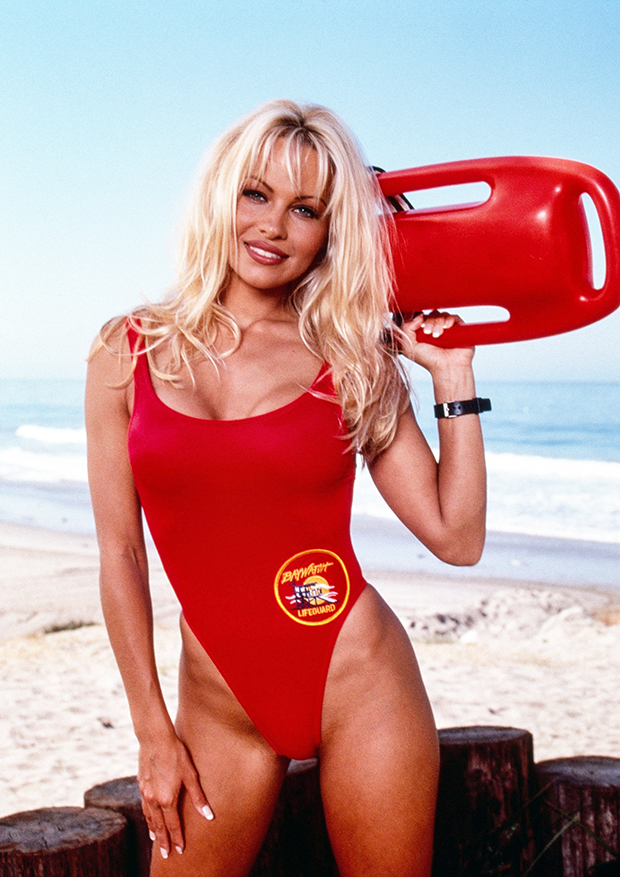 Seth Rogan, 38, who is a producer on the series, is also set to star alongside Lily and Sebastian. Evan Goldberg and Dylan Sellers have also been cast, with the latter reportedly slated to play man who stole Pamela & Tommy’s honeymoon tape. Craig Gillespie, who directed the hit movie, I, Tonya, is also reportedly involved in the series. Pamela and Tommy, who share son Brandon, 24, are not involved but are reportedly aware of the production.