Pam Anderson’s trying to take advantage of Donald Trump’s pardoning spree and get justice for rumored love Julian Assange. The actress posed in a bikini on Twitter to get the message across.

After years of rallying to get justice for Julian Assange, Pamela Anderson has changed her approach. The Baywatch star, 53, tweeted a bikini photo to President Donald Trump, asking him to please pardon the WikiLeaks founder, who was charged with violating the Espionage Act in 2019. You can see Pam’s tweet, which includes photos of herself holding up signs that say “Bring Julian Assange Home” and “I Am Julian Assange,” HERE.

⁦Pam has been one of Julian’s most ardent supporters since day one. The two struck up an unlikely friendship while he was in self-imposed exile at the Ecuadorian embassy in London. Julian sought political asylum at the embassy after being accused of sexual assault in Sweden, arguing that the allegations were allegedly a setup for him to be extradited to the United States, where he faced charges for publishing secret American documents via Wikileaks. 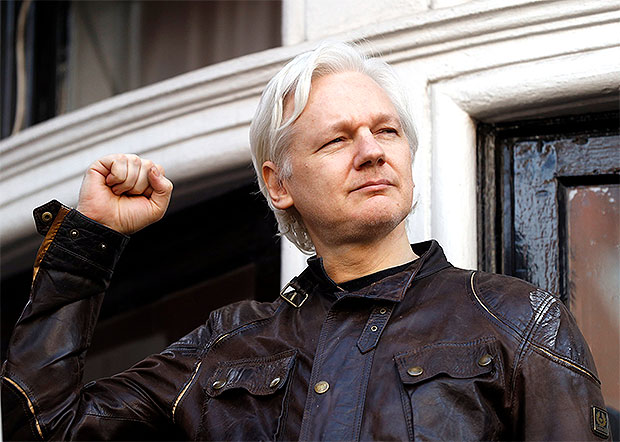 Julian wound up staying within the Ecuadorian embassy for seven years, from 2012 through 2019. After connecting in 2014, Pam began to visit him frequently, even once spotted bringing him soup when he fell ill. “I’m deeply concerned about his health and well-being. His human rights have been abused before without sunlight but this is extraordinary. Incommunicado. No visitors. No Internet. No phone calls. No access to outside world,” she told Page Six in 2018.

The nature of their relationship — whether romantic or platonic — was always questioned, but Pam declared that she “loved” him in 2019, after his eventual arrest. Julian was arrested that April and placed in a London prison after Ecuador withdrew their political asylum, citing “bad behavior” at the embassy. He was charged for skipping bail in Sweden in 2012 when he entered the embassy. 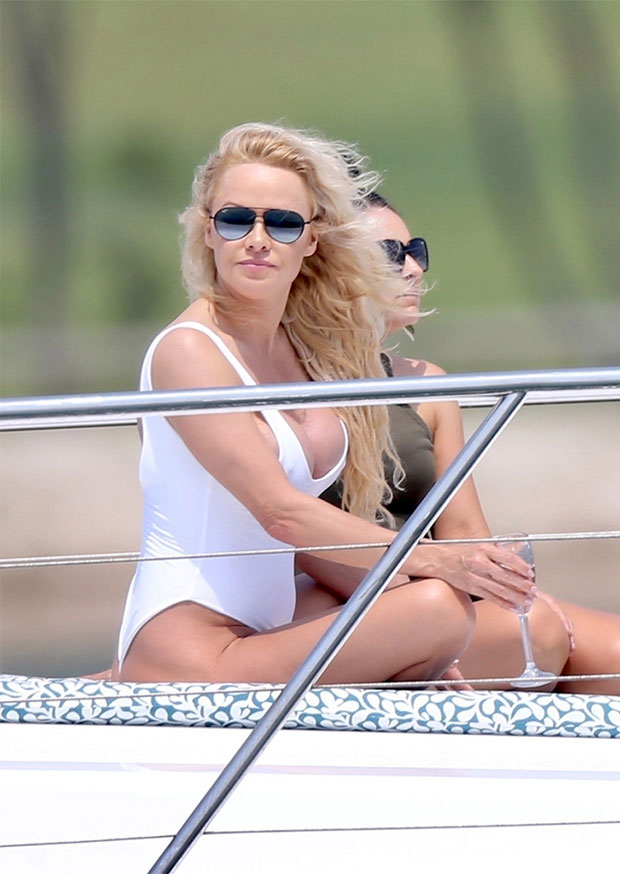 “He does not deserve to be in a super max prison. He has never committed a violent act, he’s an innocent person,” Pamela said in a statement outside the prison in May 2019. “He’s a good man, he’s an incredible person, I love him and I can’t imagine what he’s been going through.” That month, Julian was hit with 17 new charges, this time in the United States, alleging he conspired with former Army intelligence analyst Chelsea Manning to obtain and publish secret documents. Critics, including Pamela, argued that charging him with violating the Espionage Act was a violation of his First Amendment rights. She’s not giving up the fight just yet.