But to filmmaker Cecilia Aldarondo, the coverage felt as superficial as a light rain. 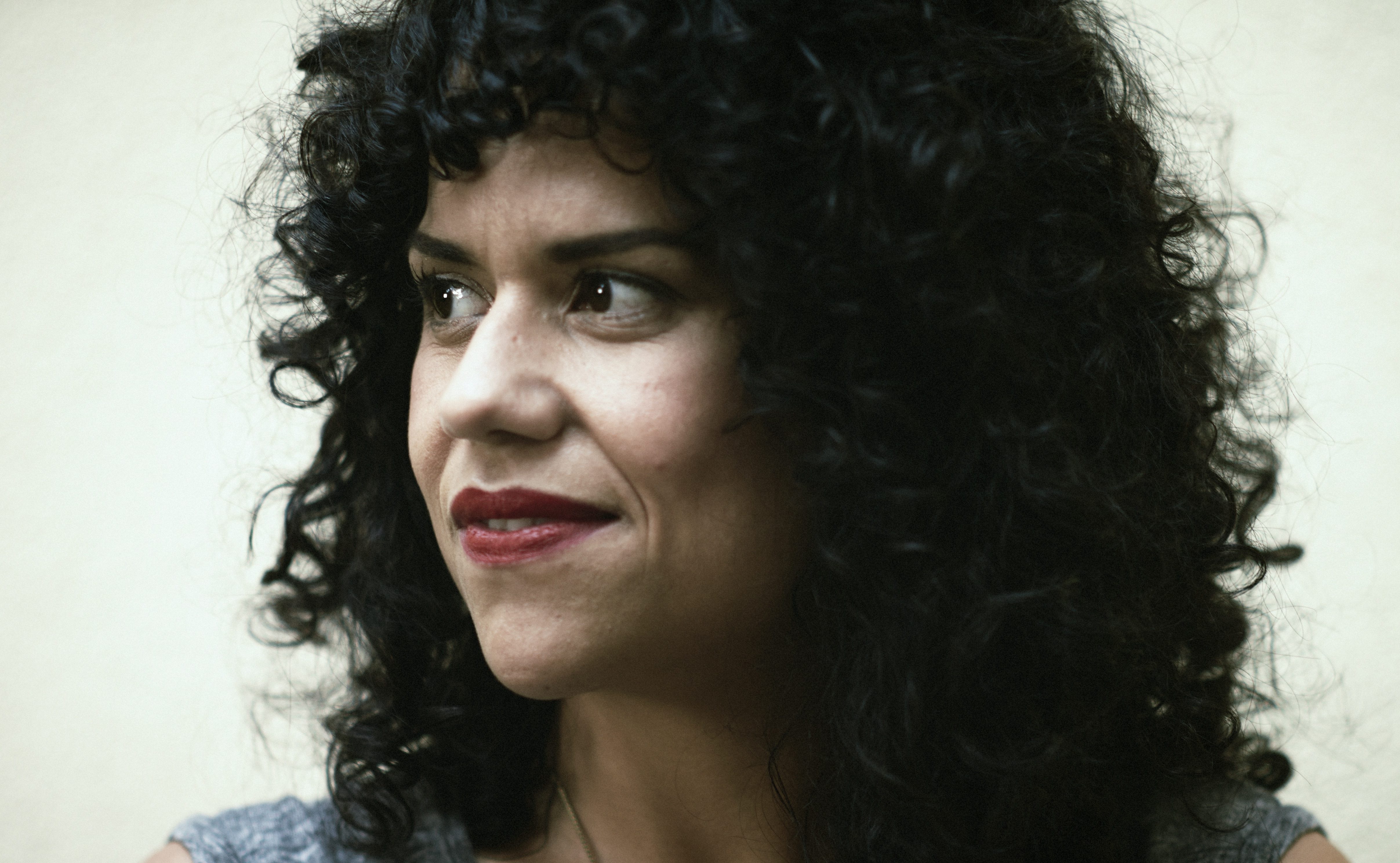 Aldarondo presents a far more nuanced view of Puerto Rico in her award-winning documentary Landfall, winner of the Grand Jury Prize at DOC NYC’s Viewfinders competition, and an Oscar contender this year.

“This is a film that’s not so much about a hurricane as it is about aftermath,” Aldarondo tells Deadline. “It’s about how we pick up the pieces in the wake of these kinds of seismic watershed events.”

Puerto Ricans picked up the pieces, Aldarondo shows, by banding together and looking out for one another. The director filmed at a damaged school, for instance, that locals on their own initiative transformed into a community center and emergency housing.

“We broke the lock” on the building, the woman who led the effort explains. “We went in, cleaned things up, took things out…We are living socialism in our daily life…The hurricane has brought us toward a system where the common denominator is the common good.”

“People in Puerto Rico have been engaged in really extraordinary acts of solidarity and recovery precisely in the wake of that kind of abandonment by the federal and local governments,” Aldarondo notes. “There’s a really quite instructive case study of communities caring for one another when their institutions fail them. I wanted people in Puerto Rico to not be seen as victims but as leaders, as global leaders, in a way that I think colonized people very rarely get to be.” 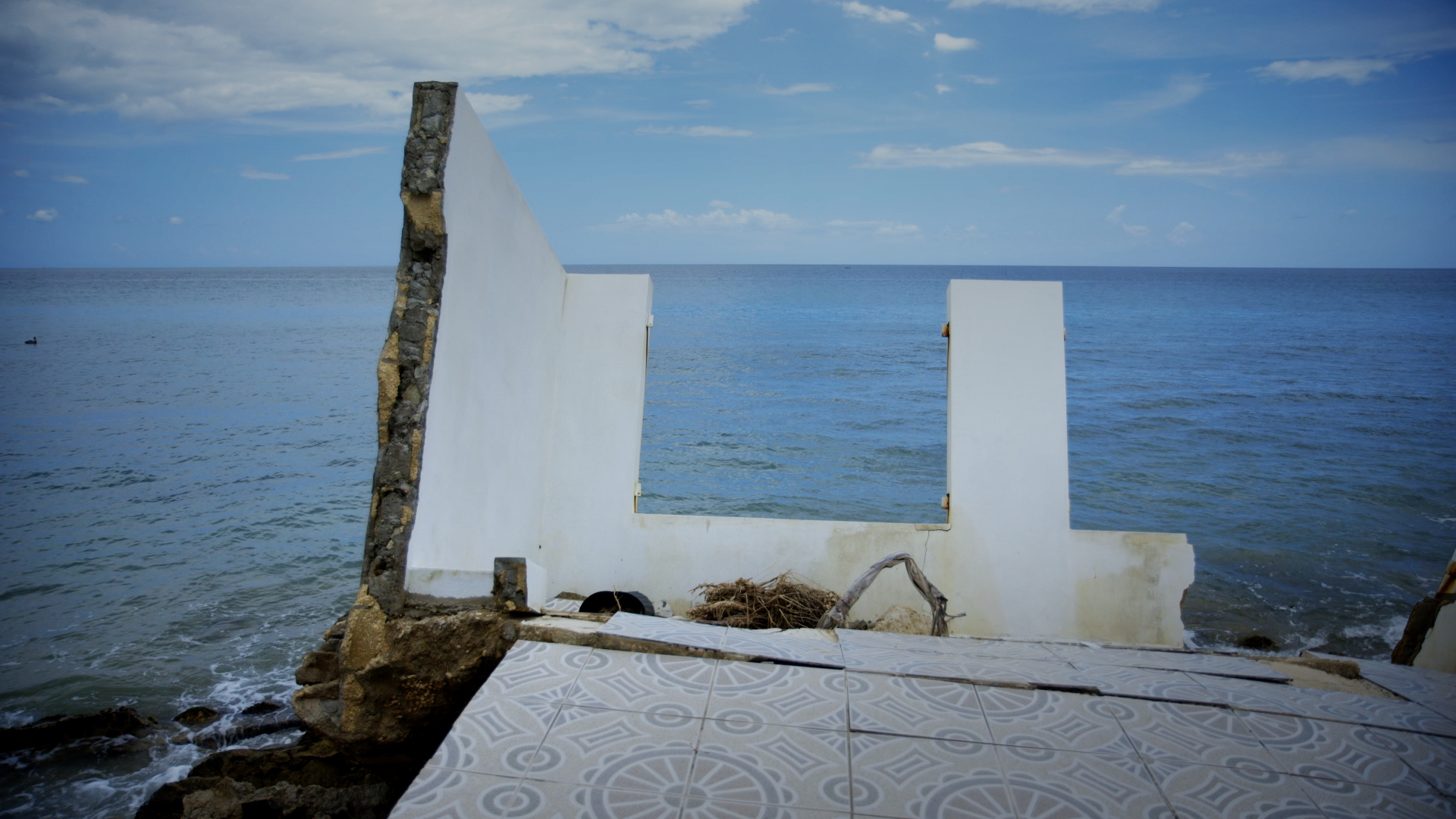 More than three years after the storm, Puerto Rico faces two competing visions of its future—one where the people, united and empowered, take charge of their destiny, and another where bitcoin entrepreneurs and other speculators recolonize the island.

Landfall reveals how wealthy U.S. investors are licking their chops over Puerto Rico, in its weakened state. In one scene, Yaron Brook, chairman of the board of the Ayn Rand Institute, who has resettled in Puerto Rico, informs a group of businesspeople that opportunity awaits.

“Companies should come to Puerto Rico if Puerto Rico establishes the kind of regime that would make it profitable for you to come here,” he says, dangling the possibility of privatizing the island’s public services. “There’s no better place in the universe for an American to live, from a tax perspective, than Puerto Rico…This is as good as it gets anywhere in the world.”

Outsiders have long eyed Puerto Rico as ripe for exploitation, the documentary asserts. Landfall contains a telling archival video from the 1950s, a kind of industrial film that lauds the people for abandoning traditional ways of life to take up factory work instead, at one of the many manufacturing plants then springing up around the island.

“Skillful hands that have picked the coffee learn to use a gauge,” the narrator of the video intones. “Nimble hands that have sown tobacco leaves now run a seam on cloth.” 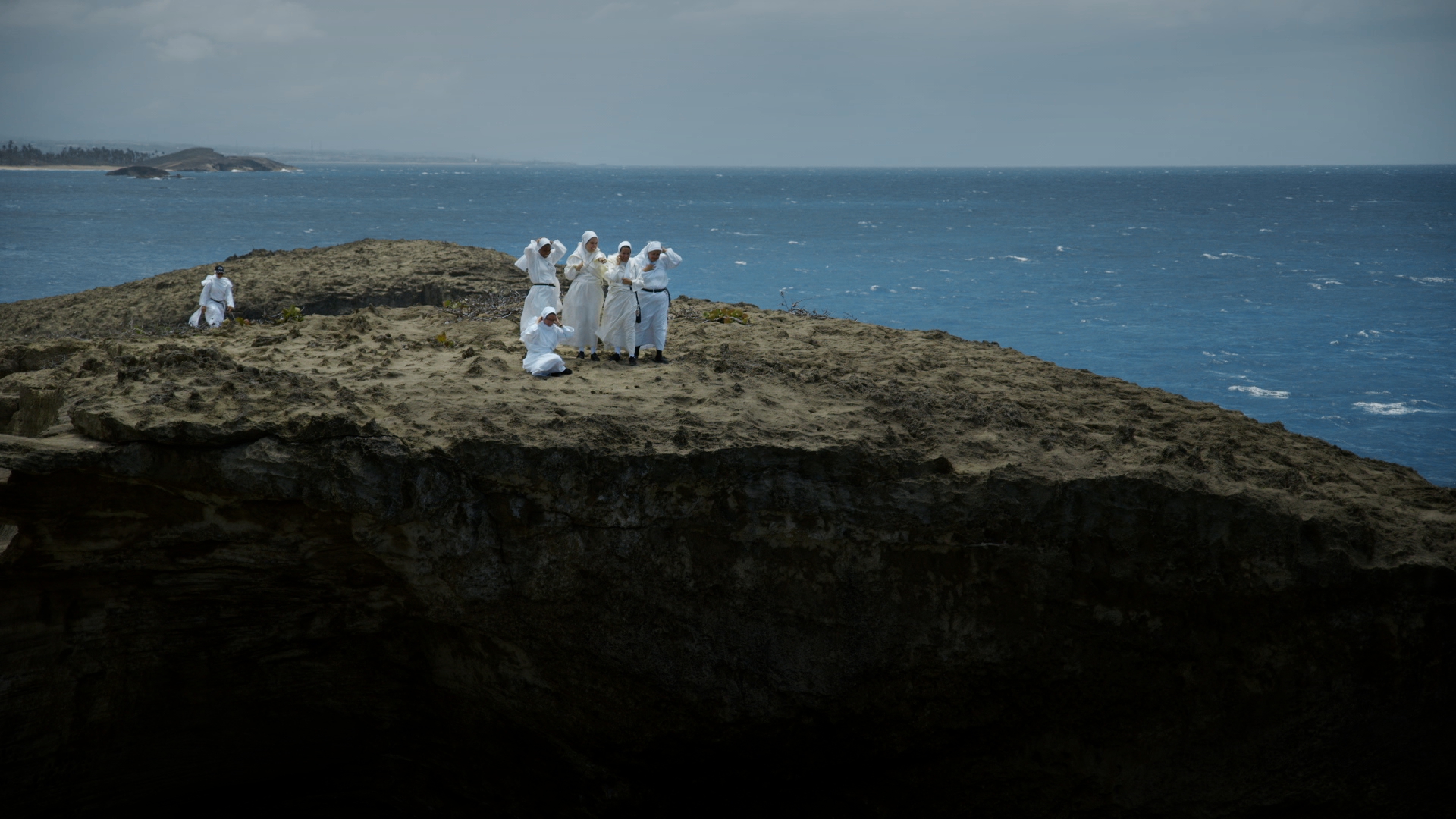 The U.S. has controlled the island for over a century, using it for economic purposes and a convenient place to conduct military training exercises; Puerto Rico’s island of Vieques remains polluted with U.S. military munitions left over from decades of faux-warfare.

Landfall looks back at that history and a debilitating debt crisis that has left the U.S. territory roughly $72 billion in arrears. In his last full year in office, President Obama appointed a fiscal management board to “address the economic crisis in Puerto Rico and to provide Puerto Rico with the tools it needs to restructure its debts and embark on a path to economic recovery.” That’s a fancy way of saying the board’s purpose was to find ways of wringing money out of Puerto Rico.

“Most people in Puerto Rico are having to leave or are unemployed, are barely getting by,” Aldarondo comments, “and this is because of this massive austerity program that the U.S. government put in place to collect on the debt, the debt that most Puerto Ricans had nothing to do with.”

Many young Puerto Ricans, however, are choosing to stay and are pushing back against the austerity measures. Activists, most of them young, staged mass demonstrations in 2019 leading to the resignation of the island’s governor, Ricardo Rosselló.

Aldarondo recorded one gleeful demonstration where people shouted, “Ricky, te botamos!” (“Ricky, we tossed you out!”).

“There’s an aliveness and a brightness and an eloquence,” Aldarondo says, “to people when they finally admit the way they’re being had…and then decide to fight back.”

That sense of empowerment applies to Aldarondo, a filmmaker based in New York who is part of the Puerto Rican diaspora.

“Everyone is invited to Puerto Rico through my film,” she tells Deadline. “But they’re invited to visit Puerto Rico on Puerto Rican terms. And that is the proposition, and it’s not your typical documentary for that reason. But that again, it’s an ethical thing. It’s where I think ethics and art meet.”