NBC continues to face criticism for a series of incidents that have been labeled “anti-Semitic,” with a scene from the show “Nurses” taking heat for a scene that has been widely condemned for the way it portrayed a Hasidic patient who refused a bone graft from a “goyim,” an Arab or a woman.

The resurfaced clip comes as NBCUniversal was already facing criticism for a joke made on “Saturday Night Live” this week as well as a segment on MSNBC earlier this month involving Mehdi Hassan.

The American Jewish Committee’s (AJC) head of young leadership Seffi Kogen tweeted a clip of the show that aired earlier this month and wrote: “I think this is the most antisemitic thing I have ever seen in a TV show.”

The scene featured a Hasidic Jewish patient who needed a bone graft from a deceased donor who overcomes a significant injury when his father chimed in, “A goyim leg. From anyone. An Arab, a woman?” Goyim is the Yiddish word for gentiles.

‘SNL’ HAS HISTORY OF USING ‘JEWS AS THE PUNCHLINE,’ ADL SAYS AS THEY CALL ON LORNE MICHAELS TO TAKE ACTION

Kogen explained why he objected to the clip in a follow-up tweet. 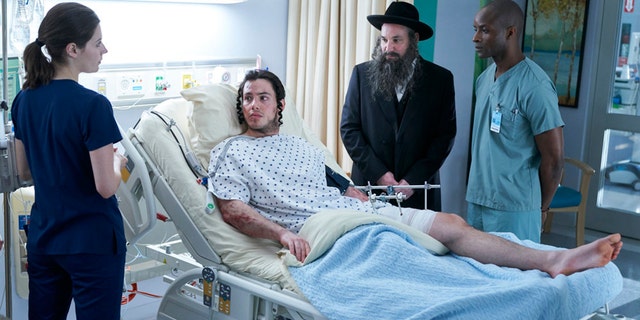 “For those of you unfamiliar with Jewish law, which puts precedent on healing and saving lives, there is no prohibition on the kind of bone graft in this clip. The writers made it up, dressed their actors in Jew-face, and put random extremist nonsense in their mouths,” Kogen wrote.

Many agreed and took to Twitter with their thoughts:

“Nurses,” filmed and set in Toronto, is a Canadian medical drama that was acquired by NBC in 2020. The show follows five young nurses working at a busy downtown hospital.

NBC did not immediately respond to a request for comment.

Last weekend, “SNL” cast member Michael Che came under fire for a joke he made during the “Weekend Update” segment. “Israel is reporting that they’ve vaccinated half of their population. I’m going to guess it’s the Jewish half,” Che said on the long-running NBC show.

The statement drew attention on social media causing an uproar with viewers and sparked a petition from the AJC for NBC “to retract its outrageous claim and apologize immediately.”

The Anti-Defamation League went even further to say that they have been monitoring “Weekend Update” this season and said the segment has “inappropriately use[d] Jews as the punchline” multiple times.

“Unfortunately, ADL has tracked multiple ‘Weekend Update’ jokes this season that inappropriately use Jews as the punchline. I know they can do better,” ADL CEO Jonathan A. Greenblatt told Fox News Monday evening.

“In that spirit, I reached out to Lorne Michaels over the weekend urging ‘Saturday Night Live’ to take action both to repair the damage that’s been done and ensure that this does not happen again,” he added.

NBC had “no comment” when reached by Fox News regarding the petition. They did not return requests for comment regarding the ADL’s call for action. 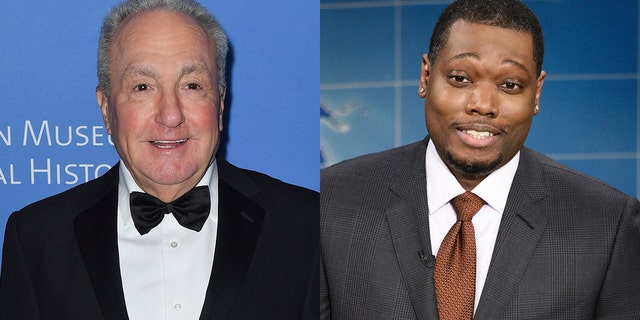 Earlier this week, the Anti-Defamation League called on Lorne Michaels to ‘take action’ after a joke made by Michael Che on ‘Saturday Night Live.’
(Getety)

CAMERA, the Committee for Accuracy in Middle East Reporting in America, wrote a letter to NBC executives on Monday asking them to address the “SNL” joke as well as a Feb. 5 “All in With Chris Hayes” segment when fill-in host Hassan failed to challenge a claim made by Rep. Ro Khanna that Israel is “burning down Palestinian villages.”

Hasan tweeted on Feb. 14 that “it’s worth clarifying, no, Israel doesn’t burn down Palestinian villages, he misspoke, and he was clearly referring to demolished homes and burned orchards,” but he never corrected the comment on air.

CAMERA’s Israel Director Tamar Sternthal asked NBC’s “SNL” to apologize for the “blatant antisemitic smear,” and continued to call on MSNBC to “forthrightly correct” that Israel is “burning down Palestinian villages’ falsehoods.”