Naga Munchetty, 45, has revealed why she wasn’t presenting BBC Breakfast on Wednesday after worried fans quizzed her on her absence. The star was inundated with messages from viewers who wondered where she was at the time.

One fan shared a snap of their dog watching Naga’s regular co-host Charlie Stayt on BBC Breakfast with Louise Minchin.

They wrote alongside the adorable photo: “Ted can’t believe that @TVNaga01 isn’t on the tele box!”

Naga then asked in response: “Love the way he watches TV – Is that comfortable?”

However, another Twitter user demanded to know why she wasn’t on the show after seeing her reply. 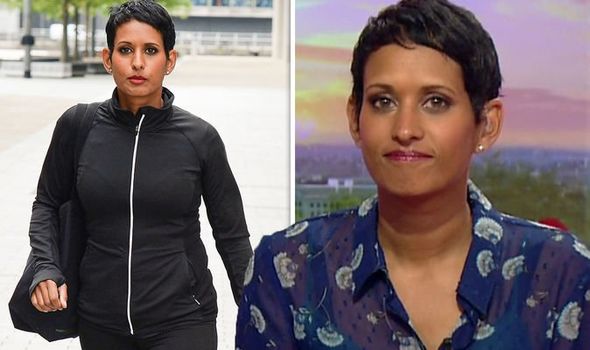 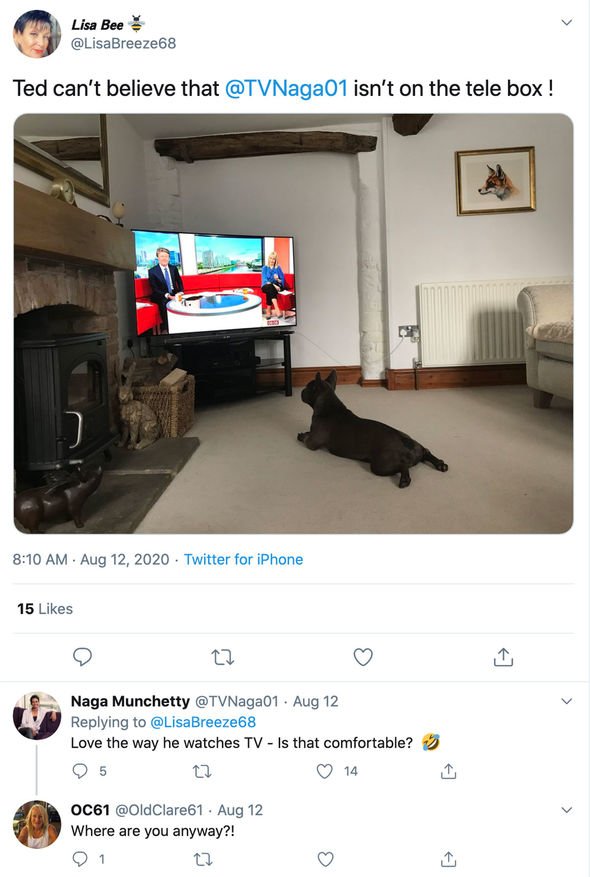 They asked: “Where are you anyway?!”

Naga was quick to answer the fan’s query and explained she was on BBC Radio 5 Live and therefore was unavailable to host BBC Breakfast.

However, the star reassured her followers and insisted she would return to the show the next day.

She wrote back: “I was on @bbc5live Back on @BBCBreakfast tomorrow X.” 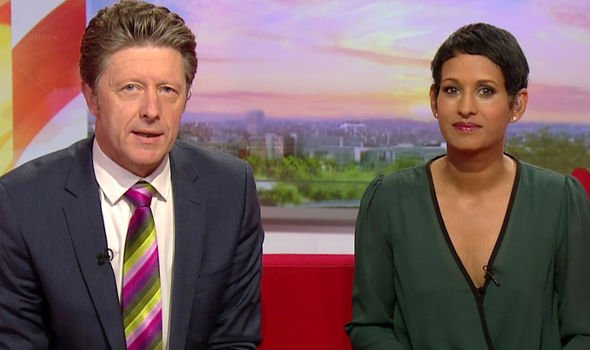 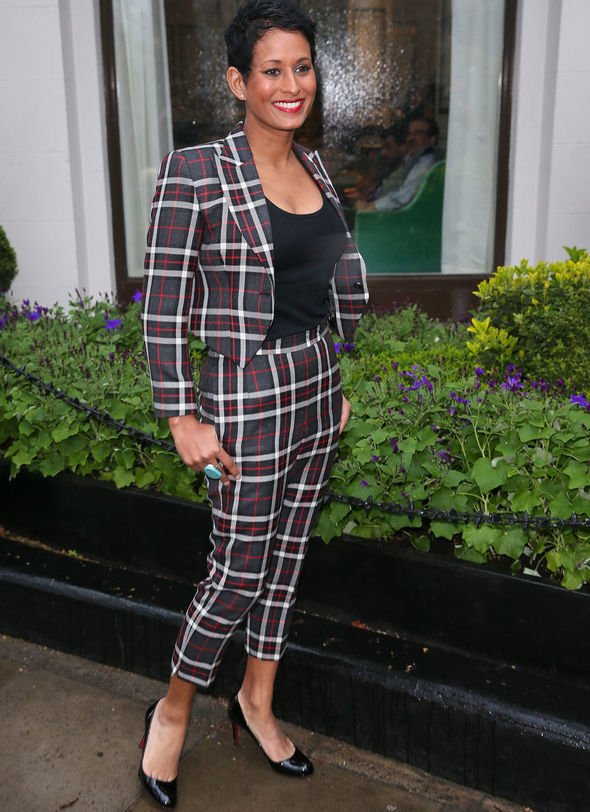 Another Twitter user also shared their worries about Naga’s absence, writing: “@TVNaga01 I’m sorry if I’m behind the times….

“I miss seeing your beautiful face in a morning on bbc breakfast… are you not doing that anymore?”

A second fan added: “It’s like she left and never told us.”

Clarifying the situation to her followers, she commented in another tweet: “Back on Thursday x.”

Elsewhere, Naga confessed she suffered a first date horror with her first boyfriend back when she was 17.

The star, who is now married to James Haggar, said: “He was a lovely gentleman, he came to the house to pick me up and we were going out on a date and I was desperate for my mum not to get to the door first.

“So, I got ready – I’d been ready for ages – and I got to the top of the stairs and the doorbell rang.”

She recalled: “My mum had charged there first and opened the door and saw this lovely young man,” she added, revealing the embarrassment over what happened next.

“I was at the top of the stairs and immediately just tumbled down them, butt first all the way down!” she sighed, picturing the humiliation all over again.

“This poor boy just looked at me open mouthed and my mum just said, ‘What are you so excited about? It’s only him, why are you making a big drama about it?’

“I literally just got my coat and stomped out the house,” she admitted.

Luckily, Naga revealed that despite the awkward first impression, the couple stayed together for another two years.