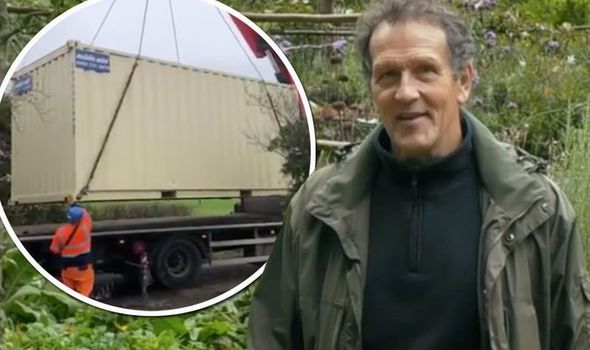 Gardeners’ World host Monty Don delighted his fans by continuing to present the popular gardening show throughout the coronavirus pandemic. Unbeknown to a lot of viewers at home, the 65-year-old television star worked alone in his garden recording the show with remote controlled cameras, however a lot of equipment was needed to make that happen.

On Friday, Monty took to Twitter to share an update with his 201,500 followers as the series draws to a close.

He shared a video of a crane lifting a huge portacabin, filled with camera filming equipment, onto a flatbed lorry to be removed from his estate.

Sharing a bit more information, the gardener said it contained a whopping 5km of cabling in the caption of his video.

“5km of cabling gathered up and the last portacabin loaded,” he wrote online suggesting that there was more than one metal container of camera gear. 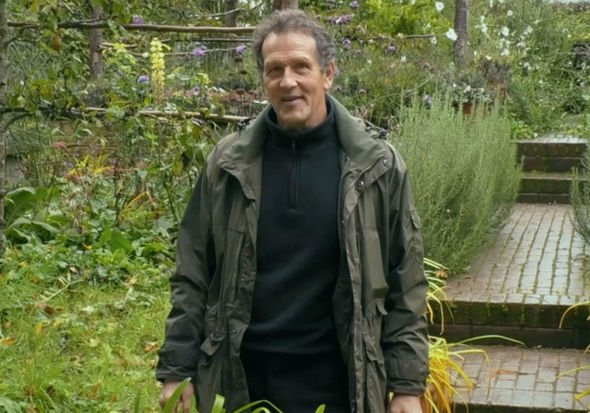 The BBC star went on to add: “The remote control filming set-up derigged.

“Hopefully back to normal filming next Spring.”

Worried that the removal of the equipment meant that Monty may not return to the show next year, one concerned fan said: “Hopefully you will still be the front man?”

“You’ve got me for at least 2 more years I am afraid!” The presenter reassured the social media user in the comments section of his post. 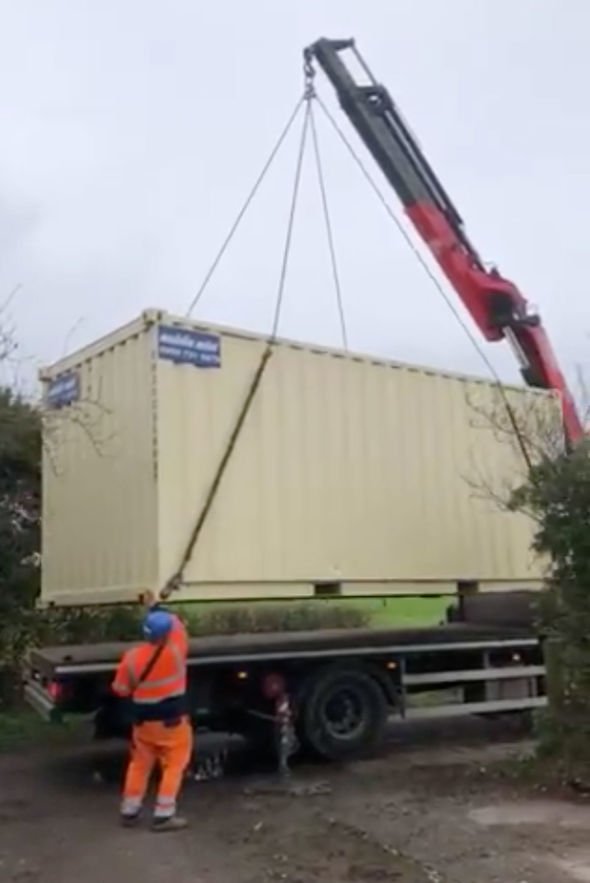 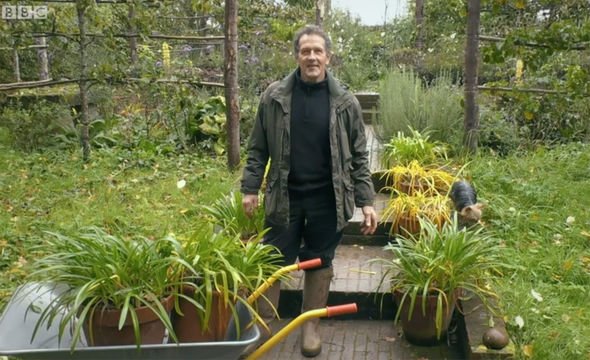 “I didn’t appreciate the amount of equipment that you’ve had to deal with over the last 8 months! I do though appreciate the effort that has gone into bringing the programme to us week after week without falter. Enjoy your equipment free garden! See you in the spring!” a third follower remarked.

Thanking the host for the “sacrifice” that he and his family made in order to continue making the show, another fan said: “It’s not just a camera or two. Lots and lots of cabling that has to be ‘dressed’ to not be seen in shot and the portacabins.

“It’s a huge sacrifice that your family and neighbours have so generously took on for the viewing public. Thank you monty and the production team.”

Other followers admitted they didn’t realise that Monty was working on his own.

One wrote online: “Amazing you did all the filming yourself. Like others I’m sure, assumed you had the BBC camera crew there. It was unnoticeable.”