Mike Tyson branded himself as “the baddest man on the planet” when exploded onto the boxing scene in the 1980s. The Hangover star quickly established himself as one of the greats after becoming the youngest world heavyweight champion ever at just 20 years old.

With all of the success Tyson was having early in his career, it was easy for him to get a little big-headed. He frequently ended his bouts with devastating knockouts, and was earning upwards of $30 million per boxing match. However, Tyson’s internal battles got the best of him, and a series of bad decisions landed the boxing legend in prison before he filed for bankruptcy in 2003.

Today, Tyson doesn’t like it when people call him the baddest man on the planet. He feels like the label was merely a projection of his ego, and admitted that he feels embarrassed when people say it. 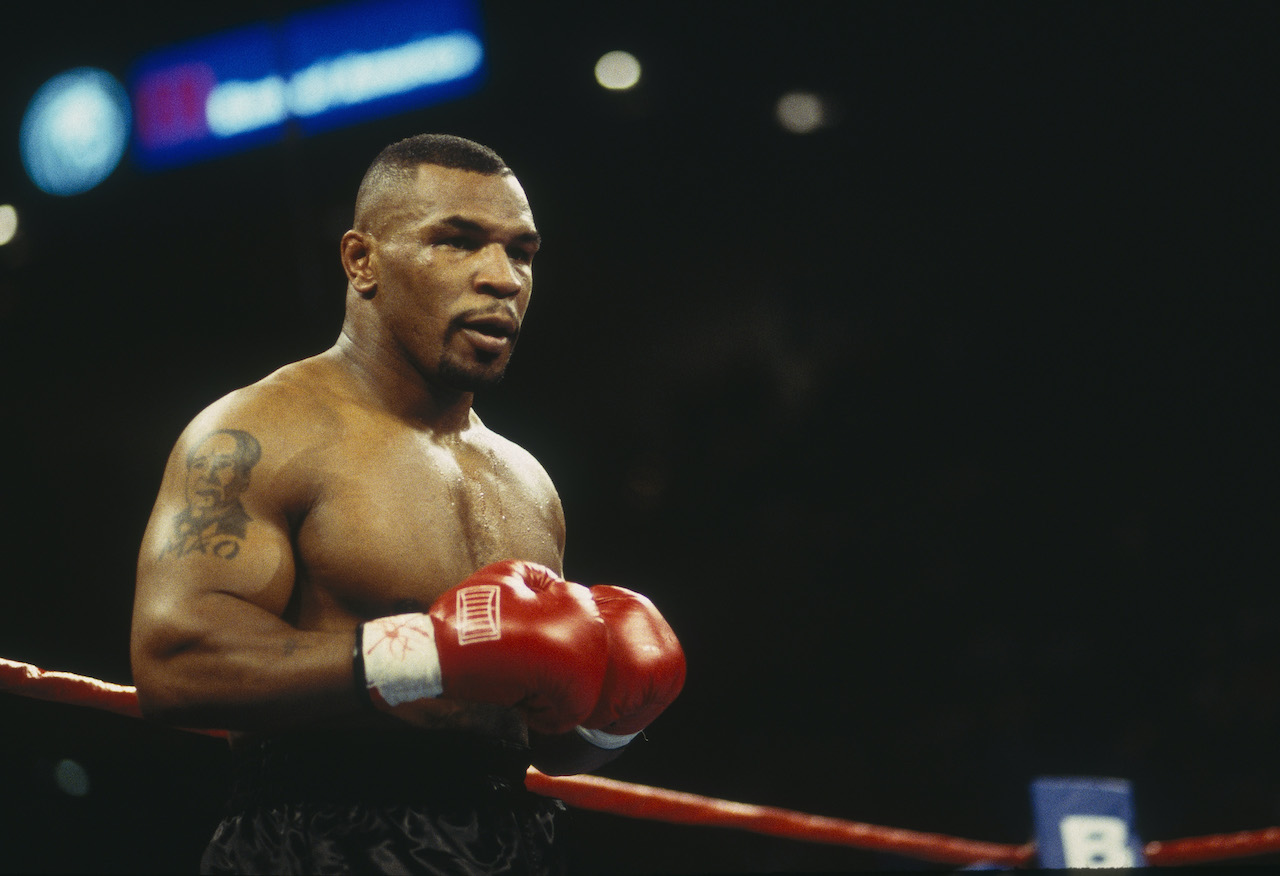 Early in his boxing career Tyson felt like he wasn’t getting the respect he deserved. In a resurfaced 1990 interview with Interview Magazine, Tyson—who was only 24 years old—claimed he was one of the all-time greats.

“To be honest with you? I’m one of the greatest fighters of all times. I’ll never get my dues, especially when I’m alive, because people in boxing don’t like me.”

Looking back on the 1990 interview 30 years later, Tyson had a completely different perspective. He feels like he’s given the respect he deserves, but feels embarrassed when people idolize the man he was.

“I believe they give me the respect that I’m due. Maybe they give me too much respect now. My mentor, Cus [D’Amato, Tyson’s trainer], told me, ‘Be careful what you ask for because you might get it.’ It’s cool when I’m saying that stuff about myself, but when other people are saying it, it’s getting too far out of hand. Me saying, ‘I’m the baddest man on the planet,’ that’s for my ego alone. Other people saying it, that’s embarrassing,” Tyson said.

He has an interesting relationship with his ego

Tyson blames his ego for many of the toxic behaviors he exhibited during his prime, but noted in a separate interview with Joe Rogan that his ego was created by his trainer, Cus D’Amato.

“It’s just really interesting … Think about this young kid from Brooklyn, New York comes to Cus D’Amato at 13, 12, all of a sudden I have a little self-esteem, this guy gives me this big f*cking ego,” Tyson said. “I lived by the rules of that ego and I’ve accomplished so much.”

According to Tyson, D’Amato inflated Tyson’s ego in order to give him the confidence to compete. However, he was never able to turn it off, and he took on an adversarial attitude toward anyone he felt was a threat.

“[I’d] never felt like that before, it was like taking a big drug … boom, just felt like you’re the man,” Tyson said. “Then everybody’s telling you you’re great. … That’s what it was, the gas. ‘We’re gonna destroy these guys. These guys, they’re in our way of greatness, glory.’”