Michelle Pfeiffer has played an array of iconic characters—from a heartbroken Madame de Tourvel in Dangerous Liaisons to the beehived, conniving antics of Velma Von Tussle in Hairspray—but none of her previous work forewarned us of the wonderfully aloof eccentricity she displays as newly-impoverished socialite widow Frances Price in Azazel Jacob’s French Exit. Pfeiffer admits to not fully understanding her character in the film, but she more than happily accepted the challenge of infusing Price with a memorable soul, much as she’s done with all the performances in her four-decade-long career.

DEADLINE: There’s something very satisfying about watching your character take on the world in this film. Was it as fun for you to play as it was for us to experience?

MICHELLE PFEIFFER: You know, it’s interesting because I think it’s what I was most attracted to, her take-no-prisoners attitude. I think there’s something really admirable about how honest and frank she is. And it’s fun and very liberating to play. I know she comes off as rude and curt at times, but I spend so much of my real time trying to be nice and polite and not offending people, and it’s exhausting. Of course, underneath all of that there’s a fragility there. I don’t think she has the coping skills with where she finds herself at the beginning of the film. I think for her entire life, money and all its accessories has been how she has defined herself and when all of that falls away, she’s just lost.

DEADLINE: The film is so quirky and loose. Did that extend to how Frances was written on the page and did it take you a bit to fully understand her?

PFEIFFER: My first question was, “What’s the deal with this talking cat?” I was very curious about the tone of this film, but it’s also what I loved so much about it. It walks this very fine line of comedy and zaniness and melancholy and drama. There were also things that I honestly didn’t understand of Frances at the time, and then as I delved deeper into it, I began to understand her more. But there are things where I don’t know if I’ll ever understand. It’s like there are things that people do, that just seem completely nuts to everyone else, and it’s just so outside our wheelhouse of logic; I even think there is an element of mental illness there.

I had to just build a story around all of that and hope that some of it comes through. But you know what? If it doesn’t totally come through, that’s OK too, because that’s really how we experience people; we don’t really understand them completely.

DEADLINE: Did the physical look of Frances help you with the character development too?

PFEIFFER: For sure. I typically start from the outside in, though I know a lot of actors work the other way around. I usually have a visual on this person and can hear their voice and rhythms, and then I’m always working toward understanding how that came to be. For the hair color, I thought, this is a woman who likes to bring attention to herself, and thus she has this very vibrant, fiery red. She could have done a much more subtle color than red, but no. A lot of it is trying to hold on to youth.

DEADLINE: It’s interesting that you brought up youth, because when I see Frances, I don’t see her scared of her age at all. 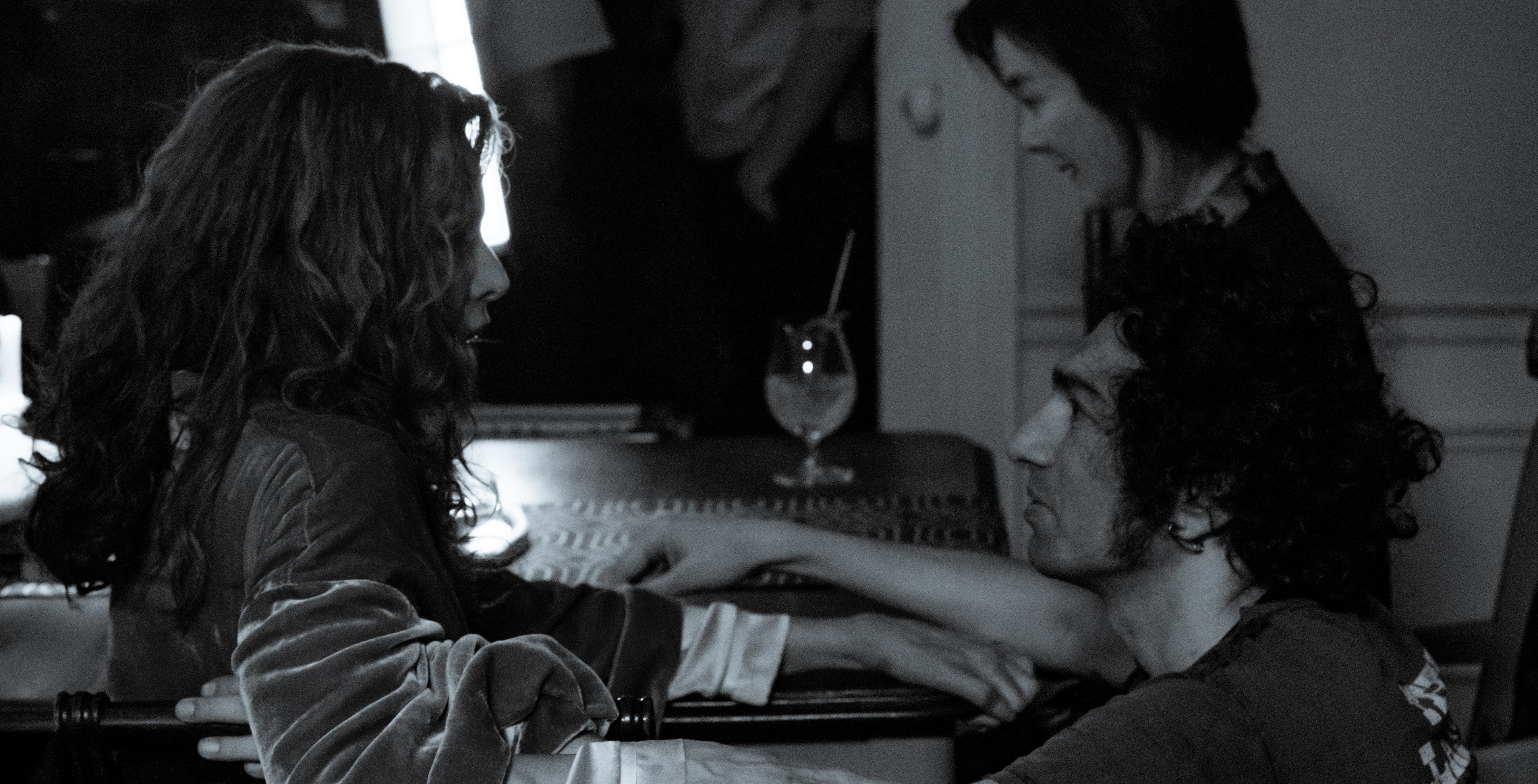 PFEIFFER: I think, more importantly, it’s how you grow old. I get the sense from her that she has to work very hard at staying grounded, and there’s a fine line between a rich, eccentric, older woman and a poor nut job. I think that with money and wealth, you’re able to camouflage a lot of flaws and I think that people are much more forgiving. I think she’s very smart and she realizes this. Plus, money is her coping skill, and I think she’s smart enough to know that without it, it’s not a future that she will ever be happy in.

DEADLINE: And yet she sheds what’s left of her money with too much ease.

PFEIFFER: You can say the writing is on the wall. She realizes her attachment to money, and until it’s gone, she’s not able to get on with her plan. But the truth is, I don’t know that we could really understand why she behaves that way.

DEADLINE: What about the gaze that Frances gives to people that wrong her. It’s a look I’d never want to be in the crosshairs of.

PFEIFFER: You know what? It’s just a scary part of me that I tap into. I don’t even know where it comes from. My dad used to give me that look every now and then, and it is pretty terrifying.

DEADLINE: Is there a moment that you really appreciated most during the film?

PFEIFFER: I think, oddly enough, it was toward the end during the last kitchen scene where I’m washing dishes with Malcolm [Lucas Hedges]. Frances is always so buttoned up, but during that scene she is not braced anymore and she is at her most vulnerable and open with him. It just felt really good and cathartic.

DEADLINE: I’ve heard about how you never watch your films because you’re too critical, is that still true after all these years?

PFEIFFER: It’s so hard on my directors because they so want me to be happy. And it’s very challenging for me. I have moments where I go, “Oh, that was a nice moment,” when I’m not cringing. It’s just very hard for me to really watch myself and I probably will never see this movie again.

DEADLINE: You’ve had so many memorable roles, but I’m sure there’s a huge group of Grease 2 fans that would love to see you don your Pink Lady jacket and redo “Cool Rider”. 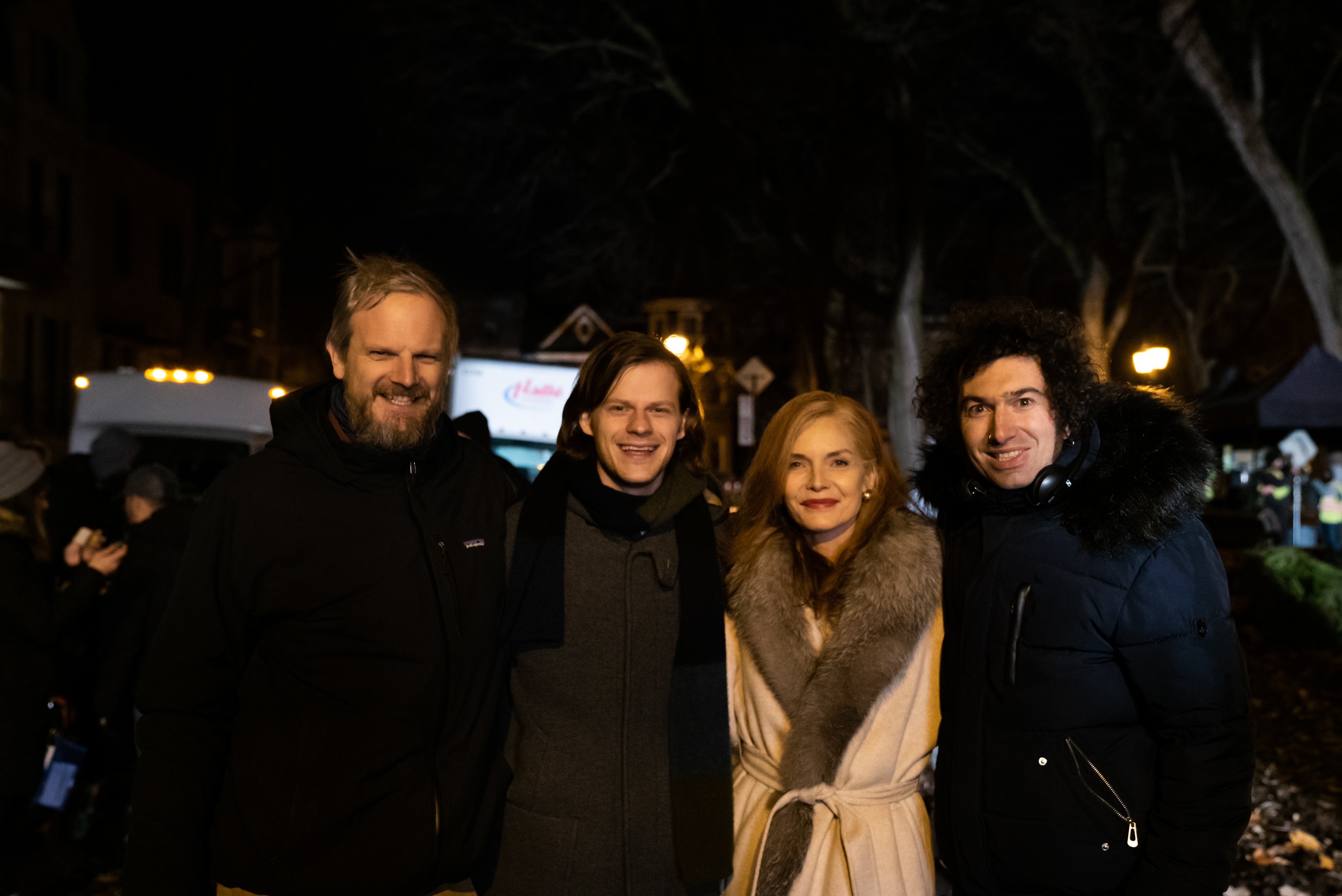 PFEIFFER: Oh my God, that would be so pathetic if I tried to do that. I will not get on top of the ladder and try to sing “Cool Rider”. That is the very last time I will humiliate myself. [laughs]

DEADLINE: So I’m assuming you showcasing your Catwoman whip skills again would be a “no” too?

PFEIFFER: That is so funny that you asked, I did this interview recently, and the journalist out of nowhere said, “Do you have the whip?” And I’m like, “Yeah, I have it here somewhere.” I realized it was in the closet right behind me. So I go and open the closet and it is hanging in the closet on a rod and it just looks so staged. Plus it’s just so phallic and looks so wrong. And before your ask, I will also not get on top of a piano and try to sing like Susie Diamond either.

DEADLINE: That being said, can you look back to The Fabulous Baker Boys days and admire that Michelle Pfeiffer performance?

PFEIFFER: It is one of the performances that doesn’t make me cringe. I was terrified to do that singing and it was a lot of hard work, and I have such fond memories working with those Bridges boys [Jeff and Beau] and with [director] Steve Kloves. I had read that script five years prior, but nobody wanted to make it with me, and somehow it came back to me. And so it meant a lot to me for so many reasons. Actually Jeff and I have been torturing Steve about doing a sequel.

PFEIFFER: Right? It could be fun. But no, probably she won’t be on a piano.

DEADLINE: When you went from Grease 2 to Scarface, were you surprised by your ability to play toe-to-toe with Al Pacino so early in your career?

PFEIFFER: I was so terrified and it was a long shoot. I remember most nights crying myself to sleep because I was so frightened and just felt so unprepared and in over my head with all of these seasoned, award-winning actors. Plus, I had to audition for so long because Al didn’t really want me. And you know what? Understandably so. Why would he? So I felt like I had to prove myself every day. But the one thing I do have going for me is, in spite of my fear, I’m very courageous. And so I do get myself into situations where I put myself in over my head, over and over again. But when it’s sink or swim, I typically swim and make my way to the edge of the pool.

DEADLINE: But you didn’t feel that way on a film like The Witches Of Eastwick?

PFEIFFER: Actually no, because I was a little bit older, and we all really bonded. Susan [Sarandon], Cher and I were just like sisters, and Jack [Nicholson] was like our big brother. He really supported and looked out for us, because it was not an easy shoot. And so I felt like we were all in the trenches together. You know, I just thought that it could be fun to do a sequel to Witches.

DEADLINE: Let’s conjure that into a reality.

PFEIFFER: It would be crazy, right?

DEADLINE: Would you ever want to go back to TV in a limited series capacity? Many of your colleagues are tapping into that experience.

PFEIFFER: I would love that. In fact, there are a few things at the moment that I’m looking at. Doing a limited series gives you an opportunity to really go much deeper into the story and the character, which would be very interesting for me.