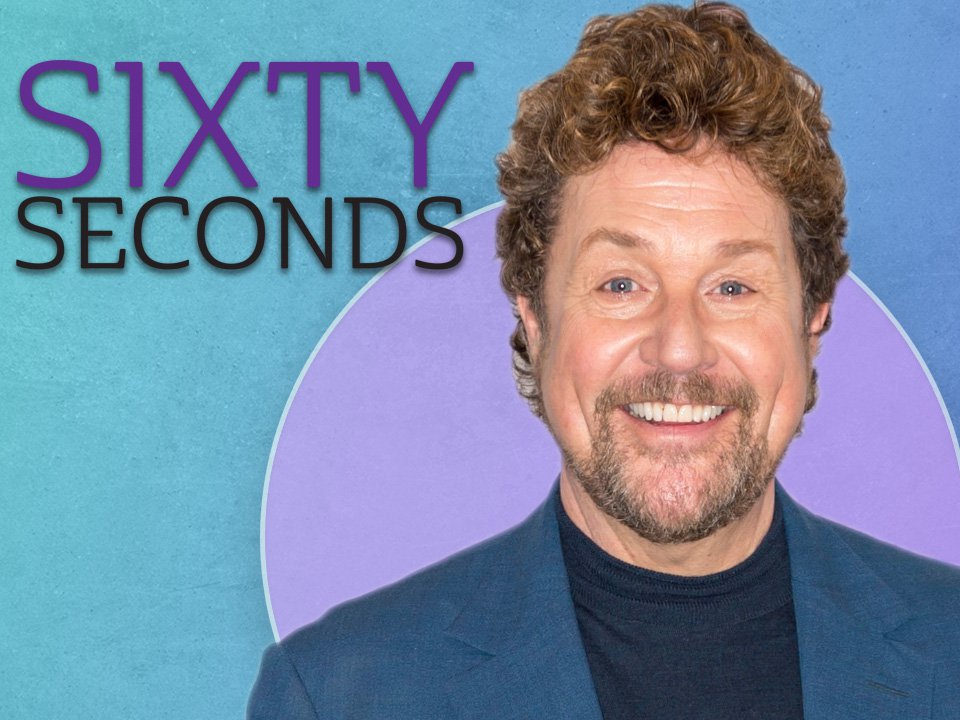 The musical star and radio DJ, 58, on getting fit for drag, race in 1960s America and Captain Tom’s dance skills.

You’re back as Hairspray’s Edna Turnblad for a BBC musicals special. I saw a video of you dancing in heels the other day and you haven’t lost a step!

And Hairspray will finally reopen in the West End later this year, yes?

God willing and with a fair wind, abso-bloody-lutely. We managed one day of rehearsal in March, then we closed everything down knowing the lockdown was coming and we’ve delayed and delayed.

But we actually had a Zoom call with all the cast of Hairspray a couple of days ago and it’s happening.

It’s such a good musical and still so relevant…

I don’t think there’s a story that is more current and more prescient than Hairspray.

It looks at the struggles of America in the 1960s with racial matters, body image matters, gender matters, and it’s all wrapped up in this beautiful confection of positivity and joy. At a time like this we need it more than ever.

Do you think audiences are ready to return to theatres?

What I know from the few things I’ve been able to do is that there is such an appetite for people to get back to live performances.

The excitement within the audience, the excitement from us, we need it. It’s a lifeline and it’s an important thing for mental health. I really do believe that. Christ, we could all do with a bit of escapism at the moment.

Of course, it’s got to be safe and I understand that – there’s a lot riding on this so let’s do it right.

There’s light at the end of the tunnel, then?

There has to be. If we don’t get up and running soon, I don’t know how we can come back from it.

There will always be theatre in the West End, I’m convinced of that, but the knock the regional theatres have taken, that the performers have taken, the people working backstage, it’s been devastating and there’s been very little help, especially for the commercial theatres. So it has to come back.

Some miserable people will denounce anything to do with musicals. They’re wrong, right?

Musicals are brilliant. They are everything we want in entertainment. They tell great stories, they highlight wonderful performers, they take us out of ourselves, they inform us, excite us and move us.

They’re the most complete form of entertainment and once you’re hooked on them, you never get out.

What’s wonderful about musicals is that there is something for everybody. Even people who say they don’t get musicals, the ‘why do people suddenly break into song?’ crowd, get them the right show and they’ll love it.

Take Les Misérables – that’s the one show where even people who say ‘musicals aren’t for me’, they’ll still say that one is special.

You scored another No.1 album with Alfie Boe in 2020. The year wasn’t all bad, then?

It was an extraordinary time. First of all, to get the No.1 with Captain Tom was brilliant. To be a small part of that journey made me incredibly proud.

The album with Alf came about just from a conversation.

We hadn’t planned to do it and we asked if we could make this work and there was such an appetite for us to do it and for it to succeed like it did was absolutely brilliant.

Did you consider replacing Alfie with Captain Tom?

Tom’s a better dancer and sometimes a better singer. But Tom’s too busy so Alfie’s safe at the moment.

Are your Zoom chats with Alfie a bit like David Tennant and Michael Sheen in the BBC comedy Staged?

Yes! You’re lucky when you’ve got friends who you can talk to and turn to because it’s not been the easiest of times for anybody.

Elaine Paige is counting down the nation’s favourite musical songs on her Radio 2 show. Who are you picking to win?

I’m still really p***ed off that Love Changes Everything isn’t in there! I think Les Mis should be somewhere near the top and there are so many great songs in that show.

The one that resonates with everyone is Bring Him Home, an extraordinary song of positivity and love.

Because of my link to Les Mis, I was one of the first people to hear it.

Myself and Frances Ruffelle were in rehearsals for the show and they had Colm Wilkinson – who was the first Jean Valjean – sing it and I just went, this is the 11th-hour number of all 11th-hour numbers, it’s a brilliant song.

Ball performs in Musicals: The Greatest Show on Sunday on BBC Radio 2 as part of Radio 2 Celebrates Musicals from Friday to Sunday.

How to get your Metro newspaper fix

Metro newspaper is still available for you to pick up every weekday morning or you can download our app for all your favourite news, features, puzzles… and the exclusive evening edition!