Meghan McCain opened up about her battle with depression on ‘The View,’ which she says is contributed to by insults Twitter users have said to her in this ‘toxic time.’

Meghan McCain can understand why Chrissy Teigen decided to deactivate her Twitter account. The controversial The View co-host, 36, says that she has suffered from depression as a result of constantly being attacked on Twitter, but has vowed to never quit the social media platform. Not that it’s not tempting to do so… I don’t think it’s ever been positive.”

Those personal attacks have wreaked havoc on Meghan’s mental well being, she revealed. Much like Chrissy, she would love to quit Twitter. But, she explained that she cannot due to “professional obligations,” like following journalists. “I get why Chrissy Teigen can’t do it. It has 100% impacted my mental health. I have suffered from depression because of things people have done to me on social media. But I don’t feel like I’m in a place where I can quit social media. It’s a catch-22, we’re living in a toxic time.”

She continued, “The thing is that I spend a quarter of my life trending on Twitter. I was trending on Twitter yesterday,” referring to the backlash against her remarks on The View about “identity politics” outweighing qualifications in the workplace. “It’s always something negative. And it’s not just random people, it’s people with blue check marks.” 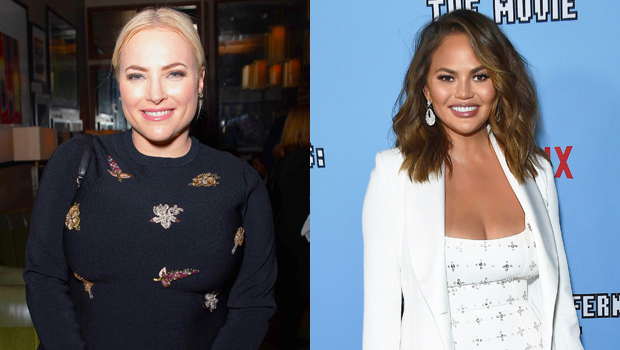 She stressed that she’s not looking for a “pity party” and mentioned the tweet she sent the day prior about having “tough skin” against her detractors. “I have chosen to do this work, this is not indentured servitude.” Meghan believes that she gets so much pushback on Twitter because people do not agree with her political views. While that’s alright, she only takes offense to when the insults become “personal.”

“If they disagree with me, it automatically becomes personal about how fat I am, how I’m a disgusting white woman of privilege and I only get anywhere because of my dad[the late Sen. John McCain]. Anything you guys have said is not something I’ve already thought and felt my whole life,” she said, directly addressing Twitter users. Co-host Sara Haines mentioned later in the segment that Meghan mutes accounts, rather than block them, so that her critics are “screaming into the void” and advised her to do the same.