The 39-year-old Duchess of Sussex recently held a virtual roundtable with a handful of young women from ages 13-18. According to the Daily Mail, they spoke about “everyday struggles during COVID-19.”

Also included in the discussion topics were mental health, racism and “identity loss and isolation.”

The group members, who have high ambitions to one day become politicians, medical professionals and the like, according to a post on the royal’s Archwell website, were encouraged to share their generation’s challenges and were given a platform to ”help define a path forward and continue making an impact.”

During the discussion, Markle told the young women to “challenge injustice.”

The sentiment seems to be an apt one for the former actress, who recently spoke out about her struggles with the royal family in a bombshell interview with her husband Prince Harry and Oprah Winfrey.

In the interview, she claimed that a senior royal raised concerns about the skin color of her then-unborn child Archie, and claimed that a blind eye was turned to her psychiatric needs when she was facing intense criticism from the media.

Furthermore, she claimed she was unsupported by the Firm when it came to such criticism.

Despite the family drama, it seems that Markle and Harry, 36, are working to make amends with Harry’s brother and sister-in-law Prince William and Kate Middleton. 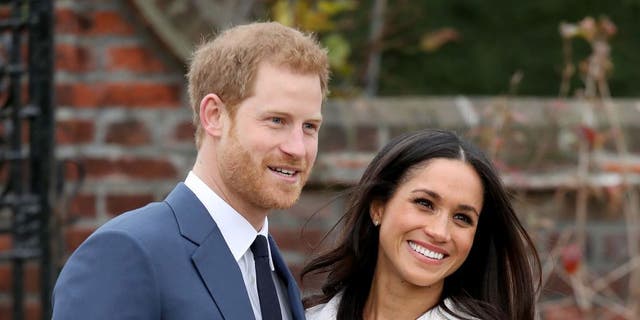 Meghan Markle and Prince Harry are involved in some family drama of their own, having stepped away from their royal duties and moved to America.
(Chris Jackson/Getty Images)

William and Middleton celebrated their 10th wedding anniversary this week and Harry and Markle reached out privately with a congratulatory message.

Furthermore, Harry and William reportedly made a “good start” on their healing process during their UK reunion for the funeral of their grandfather Prince Philip.

“I think it’s a good start and it was lovely to see but this whole argument runs so deep, I don’t think there is any quick fix,” a family friend recently told People magazine.