Megan Thee Stallion is ‘GQ’s first cover star for the magazine’s ‘Men of the Year’ issue, in which she’s named ‘Rapper of the Year.’ She covers the Dec. issue topless and covered in diamonds, while sitting inside a white car.

The year of the Stallion. Megan Thee Stallion is stunning on the cover of GQ magazine’s 25th annual “Men of the Year” December cover, released on November 16. She covers the special issue (which will include more unannounced cover stars) as GQ‘s pick for “Rapper of the Year.” The “Money Good” hitmaker, 25, poses presumably nude for the new cover, in which she’s covered in Bvlgari diamonds. Megan’s pictured sitting in the front seat of a vintage white car, as her long, brunette hair hangs down the driver’s side door. 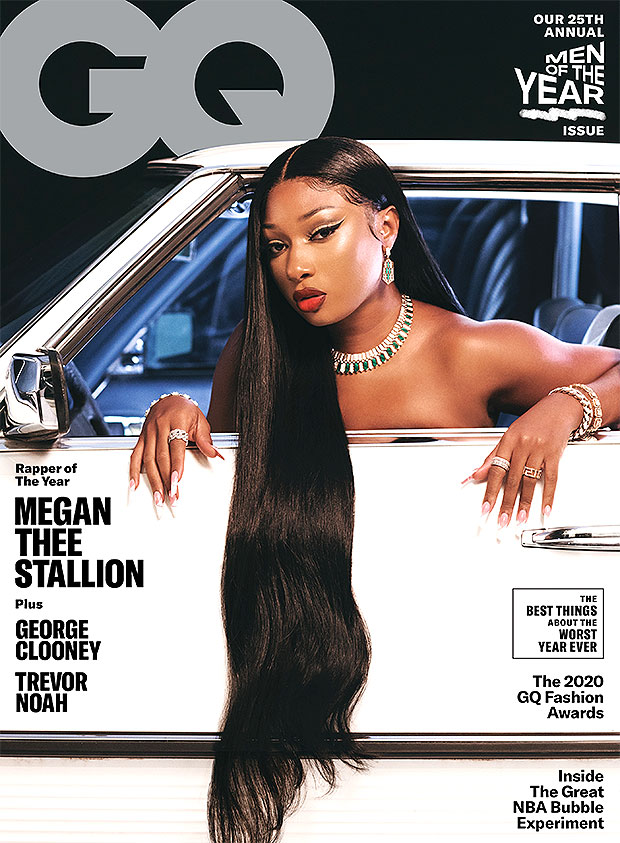 Inside the milestone issue, Megan shows off her incredible curves in a series of sultry looks. One photo in particular (seen below), shows the “WAP” rapper dressed in a cut-out white dress, while posing on her hands and knees on a black, leather couch. Megan’s LaQuan Smith number runs for $1,300, according to GQ. Additionally, she wore $169 open-toe heels by Femme LA and earrings and a ring by Jacob & Co. 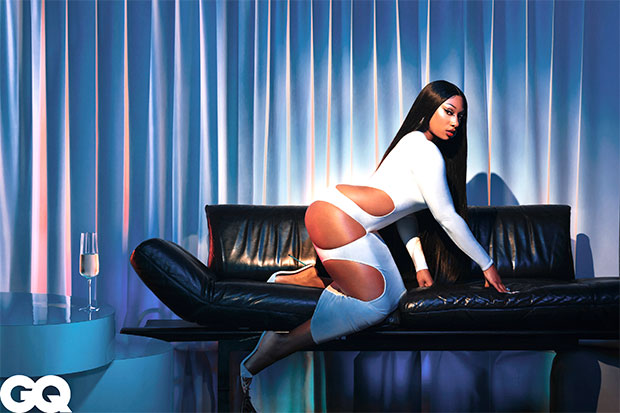