Since the start of the pandemic, more than 3,000 incidents of anti-Asian discrimination have been reported to Stop AAPI Hate, a reporting center that tracks hate, violence, harassment and discrimination targeting Asian Americans and Pacific Islanders. On the front lines leading coverage of these attacks are KGO anchor/reporter Dion Lim in the San Francisco Bay Area and WABC reporter CeFaan Kim in New York City.

While they work on opposite coasts, the stories they’ve reported are the same: unprovoked violence against Asians (especially elders), personal and property theft, and incidents of hate speech and vandalism. Every day, they’re hearing more and more.

TheWrap spoke with Lim and Kim about their approach to reporting on these attacks, the struggles they’ve faced in encouraging victims to speak out and the impact their coverage is having on the larger discussion of racism in America.

This interview has been edited for length and clarity.

TheWrap: What’s the biggest challenge reporting on these crimes?

Dion Lim: My parents always said, “Keep your head down, your nose clean, do well in school, don’t cause a fuss.” And at the beginning of the pandemic, we saw that rise in xenophobia and hate toward Asian Americans in hate speech and slurs. I remember my mother said to me, ‘Why do you do this? You should stop because this is making Asian Americans look bad.’ So, believe it or not, every time I want to do a story, and I’m trying to do my best with sourcing or trying to get someone to do an interview with me, it used to be maybe 90% of the time, I would get a no. That’s a challenge that I’m facing constantly.

CeFaan Kim: [Asians] are very reluctant to be public. That’s sort of a cultural barrier. That, I think, is a bigger obstacle than the language barrier because I think I’m well-sourced enough that I have enough people on the ground who can act as mediators and translators.

That being said, these past few weeks have been remarkable in that there’s been a snowball effect. As more and more victims come forward, they’re seeing that they’re not the only ones out there. That feeling of unity has been an unexpected positive outcome here.

TheWrap: Has your approach to coverage of these attacks changed in the past year or so?

Lim: A thousand percent. There are so many journalists who are so into being that bulldog, getting the story out first and having the biggest stick and beating down the door and getting that exclusive interview. But I’ve discovered that with these victims, they’re already so scared to speak as it is. I’ve used an extra level of kid gloves. I’m not going to push a grandma to talk when she’s not ready. She’s going to respect me more and want to share her story when she is ready if I calmly explain to her the benefits of it, step by step. Before, I would never give someone an idea of what I’d be asking, but if it makes a victim feel more comfortable and more empowered, then I think that speaks volumes.

There was a young woman whose grandma was beat up, caught on camera, her purse snatched from her. And I remember she said, “I am petrified. I don’t want retaliation. This is already scary enough talking to you on the phone. You can have the surveillance video, but please, nothing else. Don’t use my name, anything, or where I live exactly.”

My heart sank when the next day, there was a reporter from a different organization — I will not say where — who had gone to this woman’s house and the victim’s granddaughter called me and said she was almost in tears. She said, “I have such anxiety. She showed up at my grandma’s house unannounced and basically forced her to talk and shoved a microphone in her face and recorded, from her phone, the surveillance video.” She thought that was such an invasion of privacy, and it just made me so upset because it made me realize, this is why people don’t trust [the] media sometimes and why they don’t want to say anything when something happens. They don’t want their story to be misconstrued and they also don’t want their privacy invaded in such an invasive way.

Kim: I’m very fortunate to be in a newsroom that has always embraced diversity. They understand deeply that this is about reaching and connecting with different perspectives and communities and voices that are unheard. My newsroom has consistently been supportive of this mission that I’ve had since I was born on this planet, so for that reason, I don’t see a change.

TheWrap: Tell us about sourcing and how you’re finding these stories. Are they coming from the community? Law enforcement?

Lim: Most of the sourcing is coming from social media, believe it or not, because for so long, I think Asian Americans — at least from what I’ve discovered — have felt like they don’t have a voice, and they don’t necessarily feel comfortable going to the police or speaking out on their own. But in a way, because they’re shielded by the screen on social media, I see a lot of people writing to me in the DMs, they’ll comment on some of my work, and then, in turn, share some of their stories.

I do have a good amount of police contacts and law enforcement sources as well, and they’ve been integral in pushing some stories a little bit past what you see every day into something a little bit more meaningful, with more context. 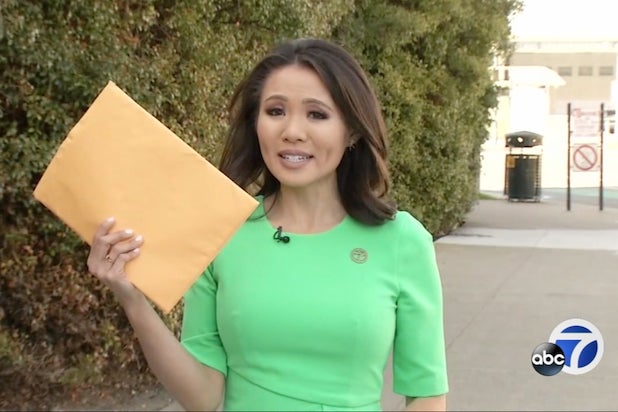 TheWrap: Do you feel like there’s added pressure in owning this beat?

Kim: I wouldn’t call it pressure. This is my responsibility. Oftentimes, I’ll be asked, “Do you fear being pigeonholed as the Asian reporter?” And I actually flip that question on its head, because to me, that is exactly what you want to be. You want to embrace that.

The reality is, as a journalist, the foundation of why we do what we do is to be a voice for the voiceless. And I would be lying to you if I didn’t say I got into this profession for the sole purpose of being an advocate for my community. So what is the purpose of advocating for diversity in newsrooms if it’s not to exercise that unique connection and perspective to those communities?

Lim: I’m going to be fully transparent and admit this, but I had to take two mental health days very recently because I just broke down because I felt like I was the torchbearer for Asian Americans, not just for my own television station, but as a whole.

I share this feeling with some other Asian American reporters across the country. It feels like if we don’t represent, if we don’t fight for these stories — it’s been so hard to get coverage in the past, but now that the world is watching, it’s all on our shoulders. At least that’s what it feels like, even though I know it’s not. But is someone else who is not on this beat going to use the same amount of care or have the same level of sourcing that we have?

In one way, it’s such a blessing because this is what you want as a journalist, you want people to trust you and share and believe in you enough to tell their story, that it’s a privilege. But then, on the other hand, it’s almost like a burden to bear. How do you decide whose story is worth it, and who gets to get the publicity needed to make change? I don’t know. Balancing that has been very emotionally taxing.

TheWrap: Do you feel like there’s been anything missing in recent mainstream coverage of these crimes?

Kim: To be completely honest, I don’t have the time these days to sleep, so I don’t really watch anybody else. What I’m doing is I’m leaving no stone unturned, so I can only speak for myself.

[From] a bigger-picture perspective, we’re having this conversation at the national level now, and that is something that was not happening a month ago.

Lim: My concern is that people still don’t understand the attacks on Asian Americans have been happening for eternity. It seems like every time I’m boots on the ground in a community like Oakland’s Chinatown, where we saw attack after attack, I hear from people there who say, Actually, my brother was attacked too, my grandma was a victim, I was a victim myself, I just never reported it. There needs to be a little bit more of an emphasis on encouraging others to say something when these crimes happen. 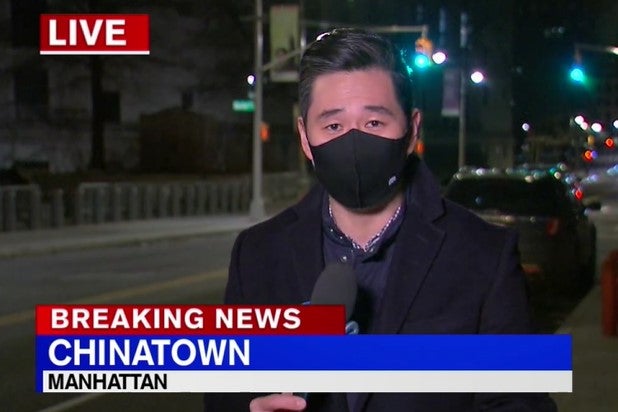 WABC reporter CeFaan Kim providing a live update after an Asian man was randomly stabbed in NYC. (Screenshot from WABC)

TheWrap: What would you say has been the impact of your work on this conversation about racism against Asians in America and, more broadly, racism in America?

Lim: People talk about it now. I used to joke about racism as a buffer to get people to feel comfortable and as an entryway to having a discussion, but now, I can openly have a conversation with the people around me, my neighbors. Whether or not we’re Asian, all of us are affected by it in some way.

We’re seeing more young people also be engaged, which is nice. Not only are we seeing people on [social media] denouncing it saying, ‘Oh, this is terrible. I want to share this,’ but they’re turning that sentiment into actual action.

We still have a long ways to go though, don’t get me wrong.

Kim: I don’t think it’s a surprise to say that everyone’s greatly appreciative. Look, we move the conversation. This is not to pat myself on the back, but the entire press corps in the city of New York is chasing this right now, and we started this. Everyone’s trying to play catch up, and that says something about where the conversation has gone. I think that speaks to the sort of unanimous feeling amongst good people that right is right and wrong is wrong.

I think that people are, for lack of better words, more woke than ever. I’m not convinced that this moment could happen had it not been for George Floyd. We had rallies in New York of Black and brown people standing together with yellow people, and that kind of solidarity, I’m not convinced that that could have happened unless this summer happened.

We’ve heard it time and time again: Silence is complicity. Everyone got off their butts this time around because I think they wanted to pay back the favor in some ways for being with them, and vice versa. We’re in a new moment now.