Matthew McConaughey spoke out against mask hesitancy during an interview about a potential run for office in Texas.

The Oscar-winning actor has been teasing for months now that he is considering running for governor against incumbent candidate Gov. Greg Abbott in Texas. During a recent appearance on “The Carlos Watson Show,” the actor was asked directly how he would handle political divides were he to be in a position of power someday.

In addition to calling for an end to band-aid solutions, he also used the debate over masks amid the coronavirus pandemic to highlight the often senseless political divide he sees among Americans.

“I think the best example, for my mind, this last year is the damn dispute over the masks that got politicized,” the actor explained. “I’m going, ‘come on man. I’m not believing you’re really scared of this little cotton thing. I’m not believing you really feel that takes away your identity and your freedom.’ This is a short-term inconvenience for long-term freedom.” 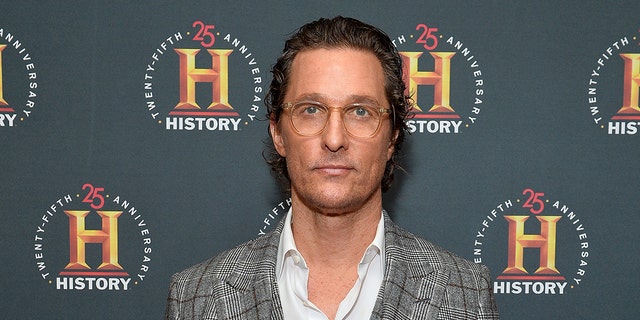 The CDC only recently adjusted its guidance on mask-wearing amid the pandemic. The CDC previously instructed citizens to wear their masks at all times indoors as well as outdoors if maintaining 6ft of distance to others was not possible. However, many balked at the ensuing mandates that required mask-wearing in public.

McConaughey added that he believes that the masks are a small price to pay for Americans to protect and respect their fellow person and that he was disappointed to see how many people wouldn’t put their money where their mouth is in terms of protecting others.

This isn’t the first time that the actor has spoken out about mask hesitancy. In March, he explained that he was “dumbfounded” by Gov. Abbott’s decision to fully reopen the state against CDC guidelines at the time.

“My reaction to that is, I was a little dumbfounded by the decision,” McConaughey told “CBS This Morning” at the time. “I understand ‘go back to work.’ What I did not understand was ‘pull the mask mandate.'”

“I just want to remind, not only Texans, but everybody out there, it’s not the mask we’re afraid of, c’mon. It’s the word ‘mandate.’ Let’s not let the word ‘mandate’ get in the way of practical use of this little tool called a mask. It’s just a small inconvenience today for more freedom tomorrow,” he added.

The Texas native has been toying with the idea of a pivot into politics. He recently told the host of “The Hugh Hewitt Show” that “it would be up to the people more than it would me” whether or not he pivots his career into politics.

McConaughey has previously criticized both parties and has come across as more of a moderate who condemns the entire political system as the problem rather than any one party. For example, in December he criticized what he called “illiberals” and the “extreme” right during an appearance on “Good Morning Britain.”

The star has spoken out in favor of gun control, calling gun violence an “epidemic” in 2018 in a call for both sides of the issue to unite and talk out a solution.

Speaking on “The Hugh Hewitt Show” in March, the actor noted that both sides of the aisle have lost “trust” in one another, which leads “to us not [having] trust in ourselves,” which, he said, could eventually lead to “anarchy.”