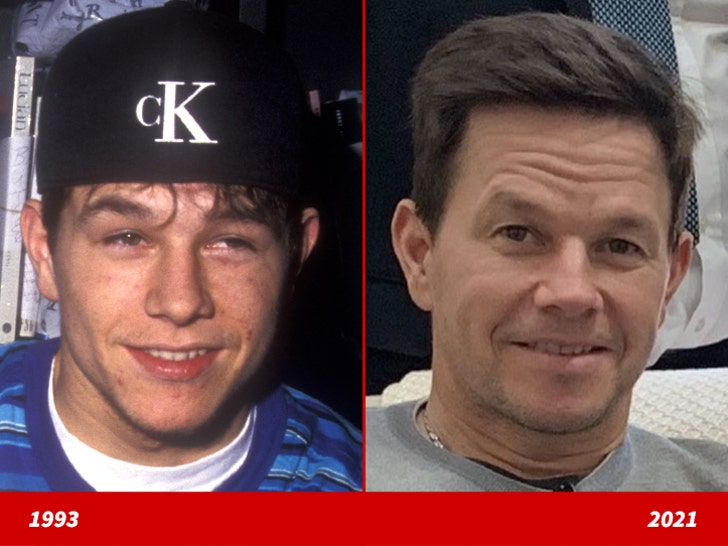 Mark Wahlberg‘s good looks are anything but funky!

Here is a 22-year-old version of the actor and Funky Bunch member rocking his signature backward cap at a book signing in West Hollywood back in 1993 (left). This is the same year he made his film debut in, “The Substitute“.

And, 28 years later … the famous father — who was recently seen showing off his good looks on the ‘gram — is spending this weekend celebrating his 50th birthday (right)!

Mark has been featured in a number of memorable movies, some of which include “Ted,” “Daddy’s Home,” “Instant Family” and “Mile 22”.

Marky Mark’s still got it!