“In the law of evidence, this is called a party admission,” George Conway responded 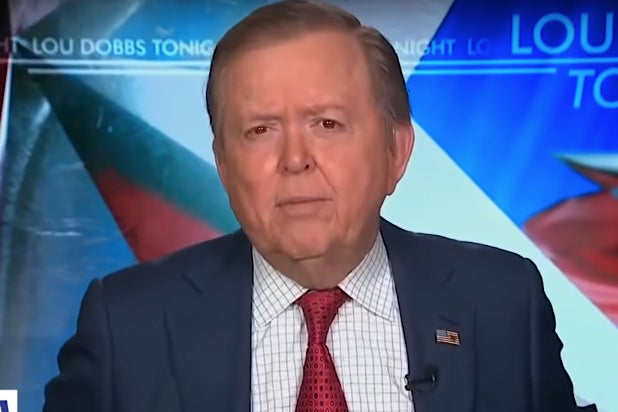 Lou Dobbs retweeted and then quickly deleted a tweet Saturday promoting a Washington Post story about the cancellation of his Fox News show which also noted that he promoted “false election fraud claims.”

Although the entire content of that headline — with unintentional mea culpa and all — must have been overlooked by whoever tweets from Dobbs’ Twitter account and it was immediately taken down, several on the social media platform got a screengrab.

Twitter quickly jumped on the faux pas, with many getting a good chuckle at Dobbs’ expense.

“In the law of evidence, this is called a party admission,” The Lincoln Project co-founder George Conway wrote.

“Well this is certain to make things a wee bit more uncomfortable in the courtroom,” Bruce Hayes said, referring to either former President Trump’s upcoming second impeachment trial or a massive lawsuit filed against Fox News by the voting machine company Smartmatic in which Dobbs was named.

“Whenever I’m having a tough day, I will think about yesterday, when Lou Dobbs had a much worse day, and it will make everything seem a bit better,” George Takei tweeted.

Fox News canceled “Lou Dobbs Tonight” Friday, saying, “As we said in October, Fox News Media regularly considers programming changes and plans have been in place to launch new formats as appropriate post-election, including on Fox Business. This is part of those planned changes. A new 5 p.m. program will be announced in the near future.”

Dobbs was absent for the show’s final episode Friday, with David Asman filling in for the host and telling viewers that Dobbs was “vacationing.” Dobbs will still remain under contract at Fox News but is not expected to appear on any of its networks again, according to the Los Angeles Times.