Michael Landon was often seen on a horse during Bonanza and Little House on the Prairie. Did Landon know how to ride a horse in real life? Here’s what we know about the late actor.

Landon spoke about his love of animals during a 1971 interview with Betty White on her show Betty White’s Pet Set (Season 1 Episode 23). He visited the show with his 5-month-old poodle, Joey. At the time of the interview, Landon had three dogs. He said he used to have a black cat, but the cat didn’t get along with the poodles. He got rid of the cat but promised his children they could get another pet after the cat was gone.

Did ‘Little House on the Prairie’ star Michael Landon know how to ride a horse? 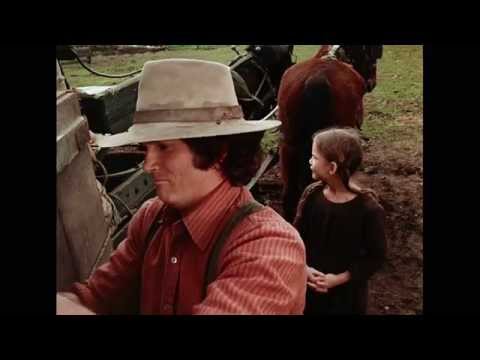 Landon was often seen on a horse, but did he know how to ride one? During his interview with White, he said he did know how to ride a horse, but he rode mostly for his show. He didn’t ride horses recreationally since he worked with horses for his job. “I ride the horses on the show, but that’s about it,” said Landon.

During scenes on Little House on the Prairie where Landon needed to direct and a close-up wasn’t required, a stand-in would fill in for him. In her book Bright Lights, Prairie Dust, Karen Grassle says a “handsome stand-in” named Hal Burton would lend a hand. She described him as a “skilled horseman and stuntman.”

Some Little House on the Prairie horse scenes were potentially dangerous. Grassle wrote about the time Burton and stuntwoman Jeannie Epper had to get in the horse-drawn wagon and go across the rocks to the riverbank. She says Burton had to push the horses to their limit so the wagon wheels would bump over the rocks and convey the danger of the scene.

Grassle says she became aware of just how dangerous this scene was and she found herself holding her breath while the stunt actors did their work. Once the scene was over, Epper asked Grassle for a cigarette. She says she saw the stuntwoman’s hands shaking as she lit the cigarette. When Grassle saw how they put themselves in danger for her and the other actors she says she felt “a rush of gratitude and amazement.”

Although Landon didn’t ride horses in his spare time, he did care for the horses he worked with. There was reportedly an incident on the Bonanza set where the horses the Cartwright characters rode were attacked. Landon was so distraught about what happened that he offered an award if the perpetrator was found, reports MeTV. Unfortunately, the horse Landon’s character rode couldn’t be saved.

Landon’s Bonanza horse was replaced, but little did he know there would be trouble down the road. The animal reportedly bit a woman who approached Landon while he was on the horse. The woman, named Emma Thompson, had the tip of her finger bitten off and she had to make a trip to the hospital, according to MeTV.

RELATED: ‘Little House on the Prairie’: Did Michael Landon Really Play the Fiddle?