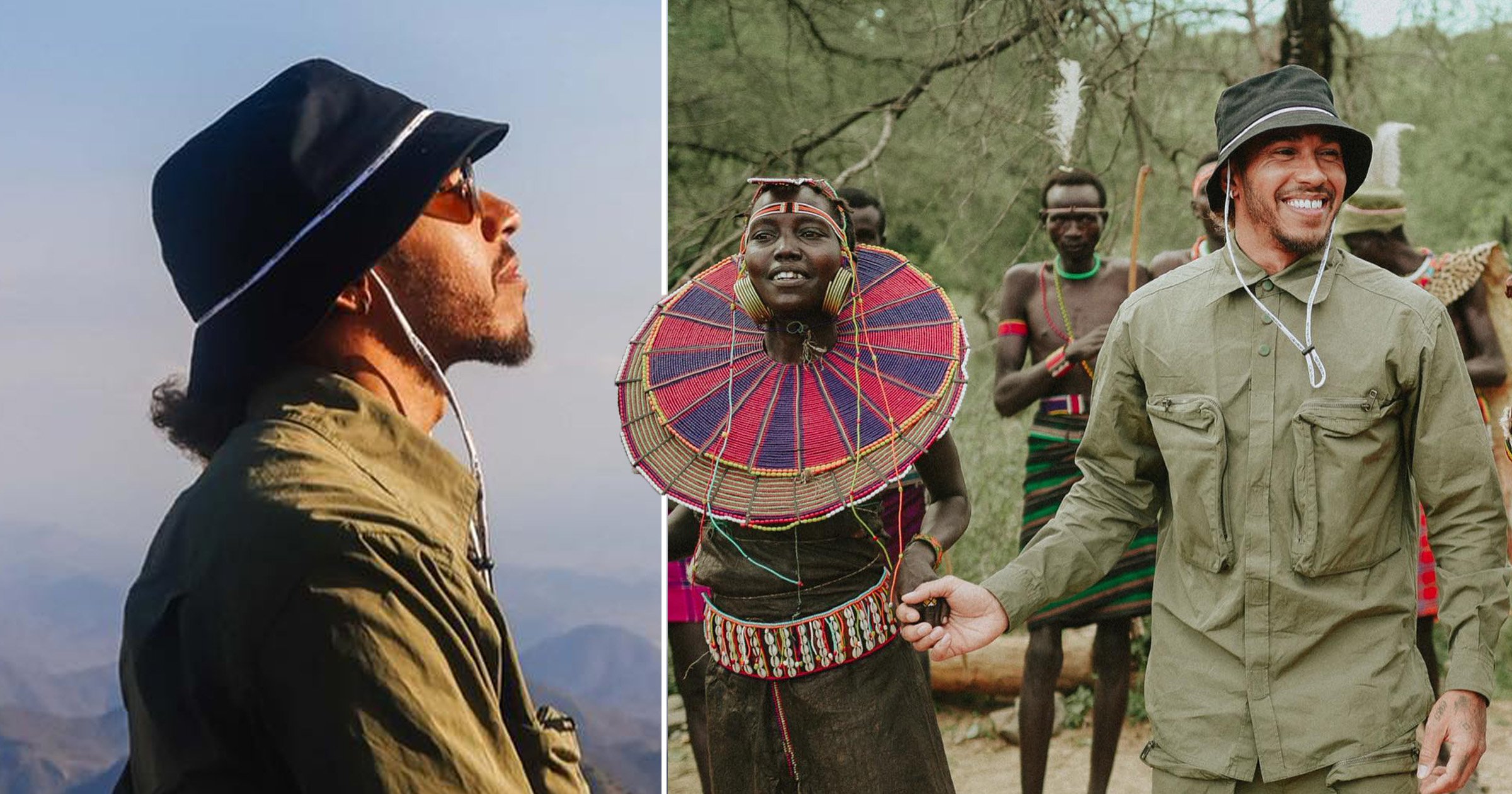 Lewis Hamilton has been reflecting on how he feels ‘transformed’ by his trip to Africa.

The Formula One legend, 37, has spent the last few weeks exploring Namibia, Rwanda, Kenya and Tanzania, where he hoped he could ‘connect with my roots and my history.’

Seven-time world champion Lewis swapped the track for the rich culture and wildlife of Africa as he jetted off to the continent, and how now described it as an experience of a lifetime.

Taking to Instagram on Thursday, the British driver, whose father is of Grenadian descent, said the past two weeks were ‘some of the best days of my entire life.’

‘I’m not the same man I was before this trip, all the beauty, love, and peacefulness I experienced has me feeling fully transformed,’ he revealed.

The sports star shared a series of incredible photos and videos from his trip, of him connecting with locals, singing and dancing and jumping into a crystal clear sea.

However, he added that ‘no amount of photos could capture how I’m feeling now and what I’m trying to say.’

‘I connected with my roots and my history and I feel my ancestors with me now stronger than I ever have before.’

He expressed his gratitude to everyone he met on his trip through Namibia, Rwanda, Kenya and Tanzania, writing: ‘To the people here, the nature and the wildlife thank you.

‘We were welcomed to each beautiful place we visited. We were treated like family. To my brothers who joined me on this journey, thank you.’

He finished: ‘I know we’ll be talking about this forever.’

Lewis’ trip saw him fully immerse himself in the countries he visited, previously sharing the ‘massive honour’ of spending time with the Pokot people in Kenya.

He said that, despite meeting them for the first time, ‘the way I felt here is how I feel with my family back at home.’

Lewis also had the opportunity to visit a dedicated animal sanctuary which focuses on the conservation and rescue of local wildlife.

Again sharing snaps to Instagram, Lewis showcased the experience to his 29.5 million followers as he stroked baby giraffes and elephants, and paid tribute to the Reteti Animal Sanctuary for their vital work.

Lewis’ trip to Africa comes shortly after it was revealed the champion driver almost branched out to a very different career path – appearing in Top Gun: Maverick.

However, the Mercedes driver, who is a friend of the film’s leading man Tom Cruise, had to turn down an appearance in the film due to Formula One commitments.

Speaking to Vanity Fair, he said he was thrilled with the prospect of starring in Top Gun after being a big fan of the 1986 original film.

‘I said, “I don’t care what role it is. I’ll even sweep something, be a cleaner in the back”‘.

Tom agreed to include Lewis in the film in the role of a fighter pilot, but the sports star had to decline.

‘I’m a perfectionist. There just wasn’t time,’ he said on his reasons for declining the role of a fighter pilot in the film released this year.

He added it was ‘the most upsetting call that I think I’ve ever had.’