Following the tragic death of Scottie Pippen’s eldest son, his estranged wife, Larsa Pippen, paid tribute to Antron Pippen by saying he will ‘never be forgotten.’

Larsa Pippen mourned the death of Antron Pippen, the eldest son of her estranged husband, Scottie Pippen, shortly after the Chicago Bulls legend shared the news of Antron’s passing. “Some truths in life are hard to accept,” Larsa, 46, wrote to her Instagram Story. “Your memories will never be forgotten! They will always remain with us forever. You are forever in our hearts. We love [you] and will miss [you] always. [Prayer hands emoji]. RIP Antron.” 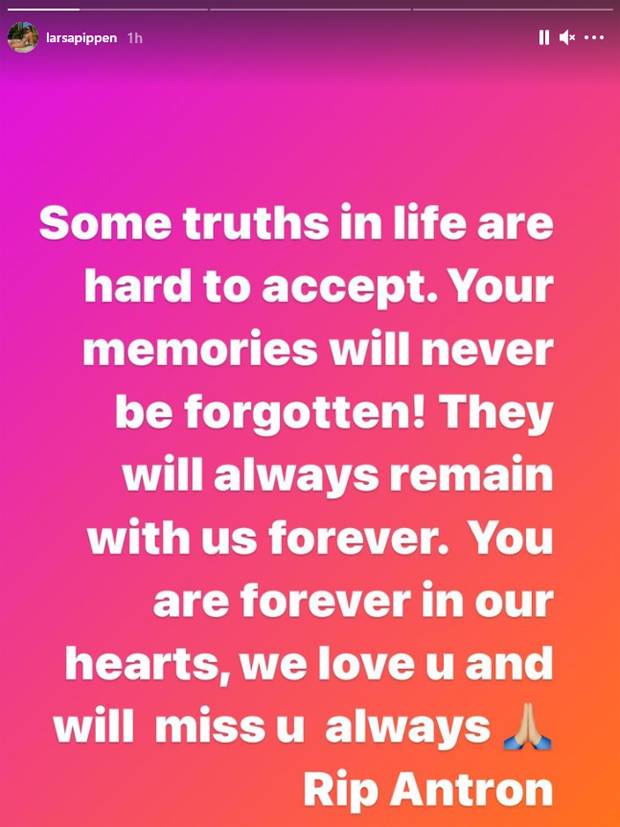 The Keeping Up with the Kardashians/The Real Housewives of Miami alum also shared a photo of Scottie, 55, with Antron. It was the same picture that Larsa’s sons Scottie Pippen Jr. (“RIP Bro”) and Justin Pippen shared to their respective Instagram Stories, each paying tribute to their half-brother. Antron was the only child between Scottie and his first wife, Karen McCollum. The two were together from 1988-1990.

“I’m heartbroken to share that yesterday, I said goodbye to my firstborn son Antron,” Scottie posted to social media on Monday, along with a collection of family photos featuring him and his firstborn. “The two of us shared a love for basketball, and we had countless conversations about the game. Antron suffered from chronic asthma, and if he hadn’t had it, I truly believe he would’ve made it to the NBA. He never let that get him down, though—Antron stayed positive and worked hard, and I am so proud of the man that he became.” 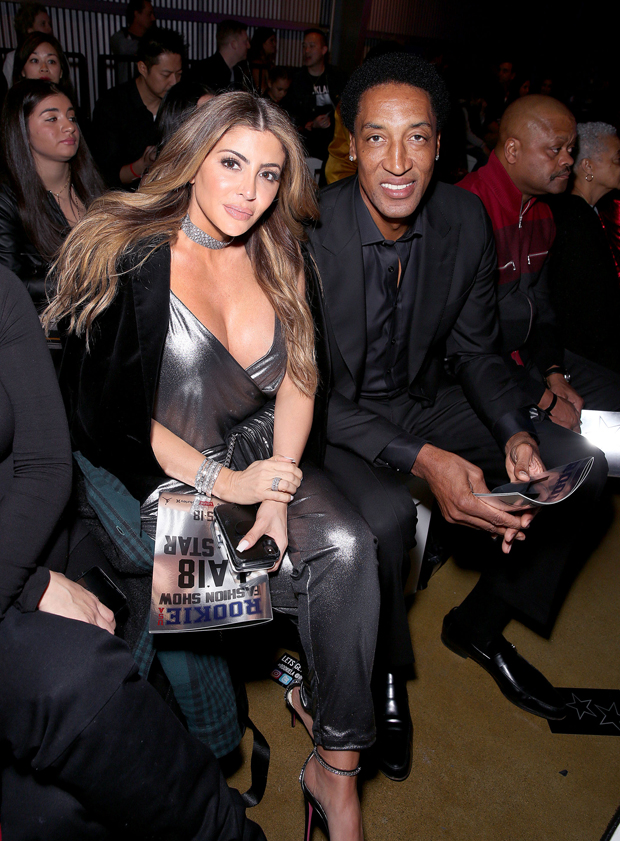 “Please keep his mom, Karen, and all of his family and friends in your thoughts and prayers,” added Scottie. “A kind heart and beautiful soul gone way too soon. I love you, son. Rest easy until we meet again.”

It’s unclear what led to the young man’s death. An Instagram post by a friend said they were hosting a candlelight vigil at Collins Hill Park at 7 PM, local time. “Green and white balloons provided and candles. Please, all Collins Hill Classmates/Friends Attend.”

Though Antron battled chronic asthma, he still got a chance to live out his basketball dreams. He signed with the Upstate Heat, a World Basketball Association. At the time of his death, he was reportedly playing with a “local team” in Atlanta.