FOX Business host Larry Kudlow reveals what a gas tax suspension would do for the price of gasoline as Americans face record-high inflation on ‘Kudlow.’

Once again, in today's announcement calling for a three-month suspension of the 18.4 cent federal gasoline tax, Joe Biden has come up with a gimmick rather than a policy or, to think of it another way, his announcement today on the gas tax shows that his policy remains to end fossil fuels.

That means he still insists on implementing his radical, climate change ideology, instead of defending American energy security, or, for that matter, American national security.

The tax holiday is just silly. It has no chance of passing Congress. It will not reduce gasoline prices and it does nothing, of course, to help energy companies increase fracking, or pipelining, or refining. It does nothing.

At best, a gas tax suspension with a 4% discount on the price, even assuming all of it is passed on to consumers, would lower the average price from $5 to $4.82. Applying standard price theory, the cheaper price might actually increase gas demand and then the price at the pump would go back up, but the trick here, which eludes the Bidens, is to increase the supply of gasoline, but he won't do that because it would violate his extremist greenie policies. 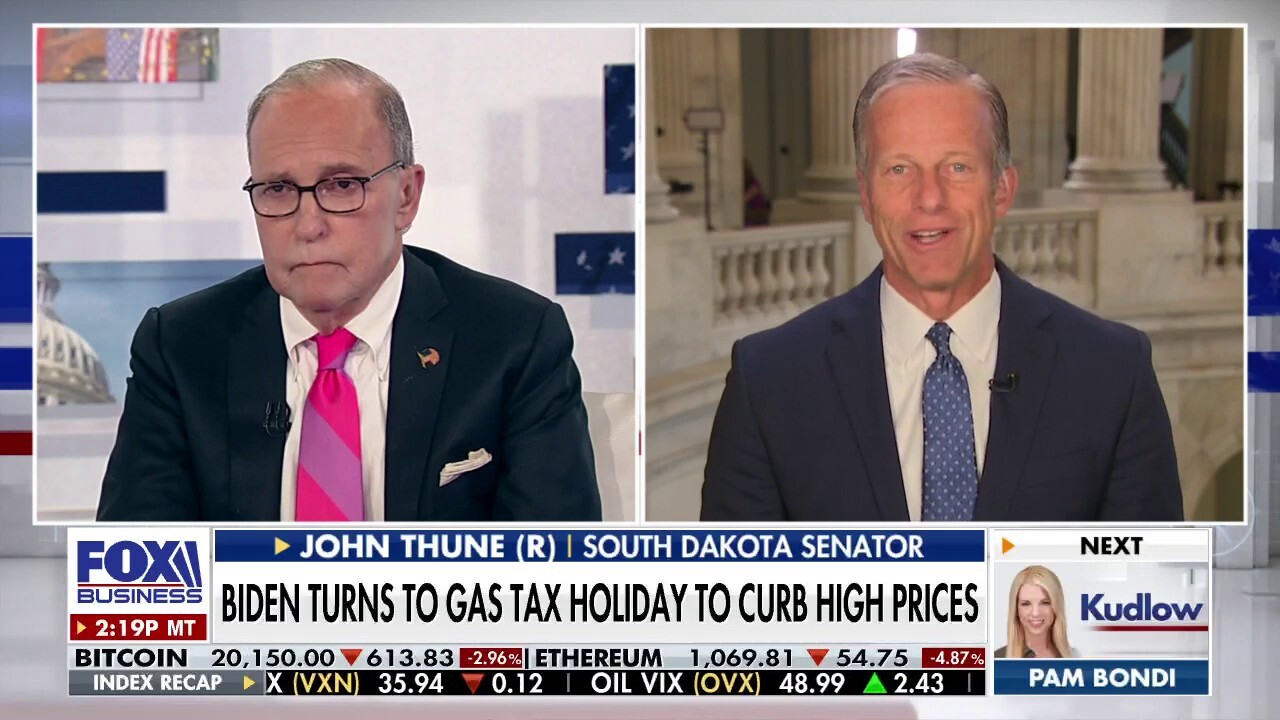 Of course, he'd rather blame Vladimir Putin in the Ukraine, or recently his incredible attacks on American oil companies. We'll get back to that in a moment.

First, here's Biden today, concocting a truly stupid argument about the energy crisis. See for yourself:

Of course, Biden's energy problems are completely self-inflicted. Don't take my word for it. Here's Fed chair Jay Powell on the topic:

SEN. BILL HAGERTY: "Would you say that the war in Ukraine is the primary driver of inflation in America?"

FED CHAIR JAY POWELL: "No. Inflation was high before, certainly before the war in Ukraine broke out." 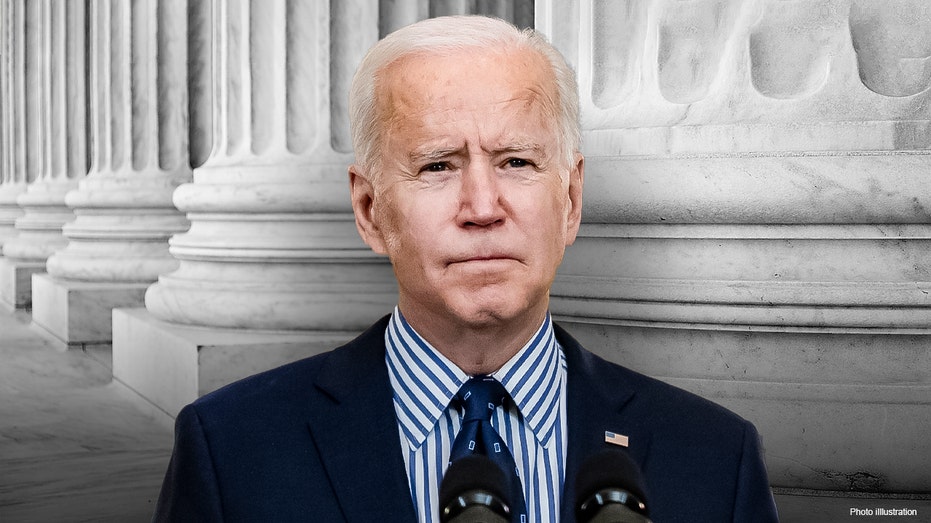 President Joe Biden speaks from the State Dining Room following the passage of the American Rescue Plan in the U.S. Senate at the White House on March 6, 2021 in Washington, DC.  (Samuel Corum/Getty Images / Getty Images)

Oops! There someone goes again citing actual factoids instead of made-up falsehoods.

By the way, if the gas tax holiday actually got through Congress, which it won't, it would defund the highway fund for road safety and other infrastructure by up to $20 billion. That money has to be replaced.

I'll bet you at some point the socialists in the Democratic Party will propose an excess profits tax, such as the one recommended by Senator Ron Wyden and endorsed by President Joe Biden, that would add 21% to the current corporate tax of 21%, for a grand total of 42%, which would stifle all manner of oil and gas production, employment, investment and expansion—exactly the reverse of what any sensible person would hope for, but these are not sensible people.

Now, I think real tax cuts to mitigate the coming recession would be an excellent idea like making the Trump tax cuts permanent or moving toward flat tax reform and simplification. Couple that with a major deregulatory push not only on energy, but on all business and industry.

Today, Jay Powell told Congress that the increase in Fed rates in all likelihood would lead to recession. The best way to counter that recession is to slash taxes and regulations. So, while the Fed operates on the money supply, fiscal policy would create new incentives to work, invest and grow the economy.

That's the prosperity plan. Of course, Biden is completely opposed to this supply-side mix, and that's why we're in so much trouble. The Fed wouldn't have to reduce demand so much if the Congress would take steps to increase supply. Let's not make this any harder than it needs to be, but Biden is, of course, making it very hard for working folks who can't afford gas or groceries where real wages are dropping along with their retirement savings. 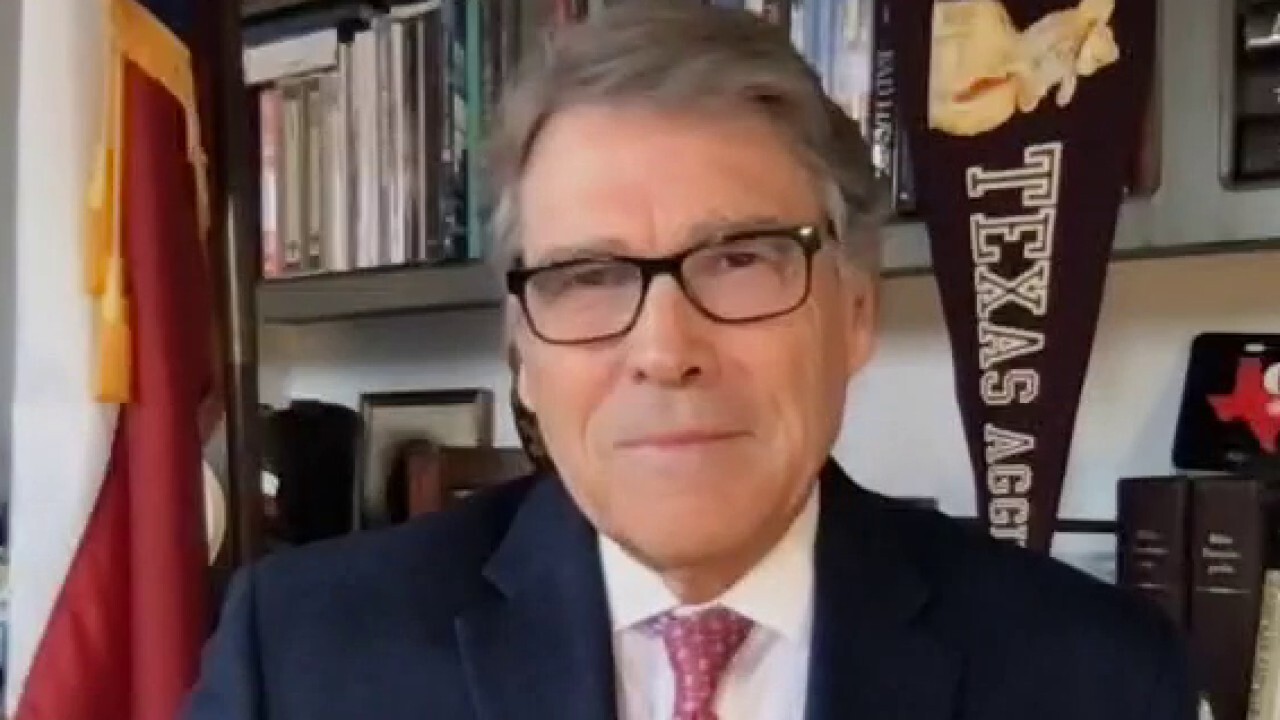 Rick Perry on the impact of a gas tax suspension

Incredibly, there's even talk of a new "Build Back Smaller" reconciliation bill that would include sizable social spending, along with large tax hikes. That would guarantee more inflation and a deeper recession.

The same Democrats who in March 2021 voted inflation in with their $2 trillion spending package, would now vote recession in with a $1.5 trillion tax hike plus more spending.

It's the greatest example of monetary mismanagement since Herbert Hoover and the Great Depression, but hang on folks, just a little longer – because the cavalry is coming.

This article is adapted from Larry Kudlow's opening commentary on the June 22, 2022, edition of "Kudlow."