Larry Kudlow: The American people are not buying what Joe Biden is selling

Let me just being by playing some sound from Mr. Biden’s speech last  evening, please take a listen:

Alright, so, with all due respect, Mr. President, your threat to democracy theme is not what Americans are overwhelmingly concerned about. Every poll, no matter where you look, liberal or conservative, the numbers come out the same: Inflation, economy, crime. Then, to a lesser extent, open borders, fentanyl and drugs, abortion… none of which you really brought up last night. Frankly, for an election night speech, it wasn’t much.  I mean, everybody's for democracy, right? Everybody's for orderly elections. Everybody's for a quiet peaceful civil society.

Everybody knows that the attack on Mr. Paul Pelosi was a horrible, terrible event. Everybody knows this and by the way, everybody wishes him well in recovery. I'd love to end the conversation there, but you're politicizing it like you always do and you’re trying to use it as a political weapon against Republicans and that's nonsense.

BIDEN SHOUTS, WHISPERS WHILE TOUTING INFRASTRUCTURE BILL: 'THE FUTURE IS ABOUT THE FUTURE' 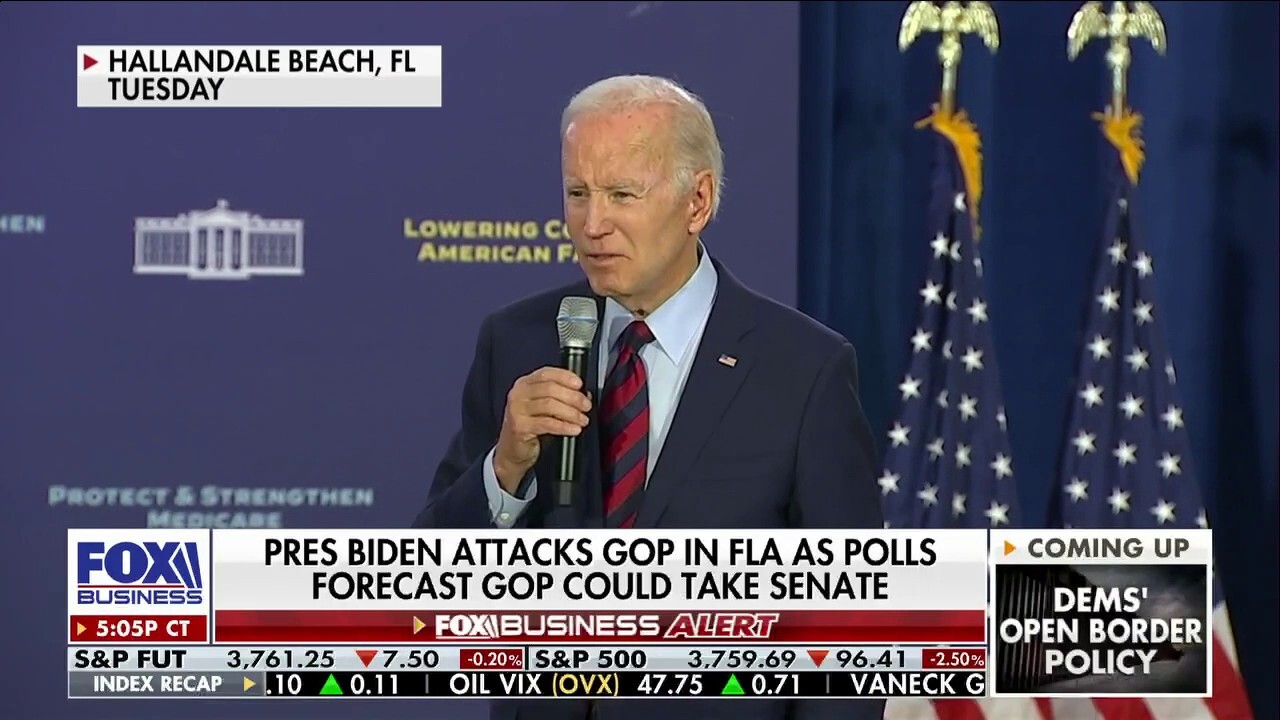 Texas Rep. Michael McCaul weighs in on President Biden’s recent remarks about the MAGA movement on ‘The Evening Edit.’

Ok, you didn't mention how a Bernie Sanders follower shot Steve Scalise a few years ago and then fired at a lot of others, at a congressional baseball game, for heaven’s sake. Or a left-wing lunatic, nut tried to assassinate Supreme Court Justice Brett Kavanaugh.

These are horrible things, but why must you politicize everything? That is your problem!  All year long, you've tried to make Donald Trump and his 74 million voters an issue and you've failed to make it an issue. You keep talking about election deniers, yet common sense says there's no reason why honest people can't ask questions about some of these election-related issues, rules — mail-in ballots, harvesting and so-forth. What is wrong with that in a free-speech democracy?

One of your favorite candidates, incidentally, Stacey Abrams in Georgia, still to this day denies that Republican Governor Brian Kemp won the election. She still denies it, but Kemp won then and he's going to absolutely shellac her on Tuesday again. No one has tried to make this an election denial on her part an issue because it's boring and it’s stupid and nobody cares.

You are desperately trying to make a mountain out of a miniscule mole hill on this and that is your problem.  The real issues you didn't mention last night: economy and inflation, gas prices, crime. They're the problems America actually faces. That’s the reality!

After two years, your policies have utterly failed. You've waged war against fossil fuels, which has caused lower production and higher prices. In fact, gas prices, right now, in key election states are once again rising in Pennsylvania, in Wisconsin, in Ohio, and New Hampshire.  You've raided the Strategic Petroleum Reserve, thereby damaging our national security. You handed energy power over to the Saudis, who then give you the back of their hand and cut back on oil production, which cancels out your wasteful SPR sales.

Then, you keep telling people that you inherited a terrible recession, which is a bald-faced lie. Growth was 6.5% when you were elected.  Inflation was nil. Then, you used that phony argument to push through a $2 trillion spending package, which launched the inflation and then you kept on supporting more spending packages and the inflation kept rising, aided and abetted by a weak Fed chairman who printed a ton of new money.  Inflation remains public enemy number one.

This past year, you keep backing big spending packages, now you're adding to Medicaid spending which, by the way, without any congressional approval. Over two years, you've given us $5 trillion of new debt, which is going to come back to haunt everybody down the road and on top of all that, working folks keep plugging away to do their jobs, but their wage gains are destroyed by your inflation. Wages have dropped 18 consecutive months, measured on a year on year basis. That is why your party have lost the votes of blue-collars and hardhats and others who used to line up with Democrats. They’ve jumped ship to Republicans.

You've tried to use abortion as a wedge issue, you insulted the Supreme Court’s decision on Roe v. Wade, but you have lost suburban moms anyway because grocery prices have gone up 17% in your first two years, for the same reason you are losing Hispanics, Asians and African Americans.

You never mention crime because your party wants to defund the police. You never mention fentanyl or drugs because of your open border policies. You're afraid to talk about education because you've labeled parents "domestic terrorists" and yet you have the gall to talk about the "threats to democracy." Your agencies are obsessed with something called "misinformation" and repeatedly work with social media to stop free speech. 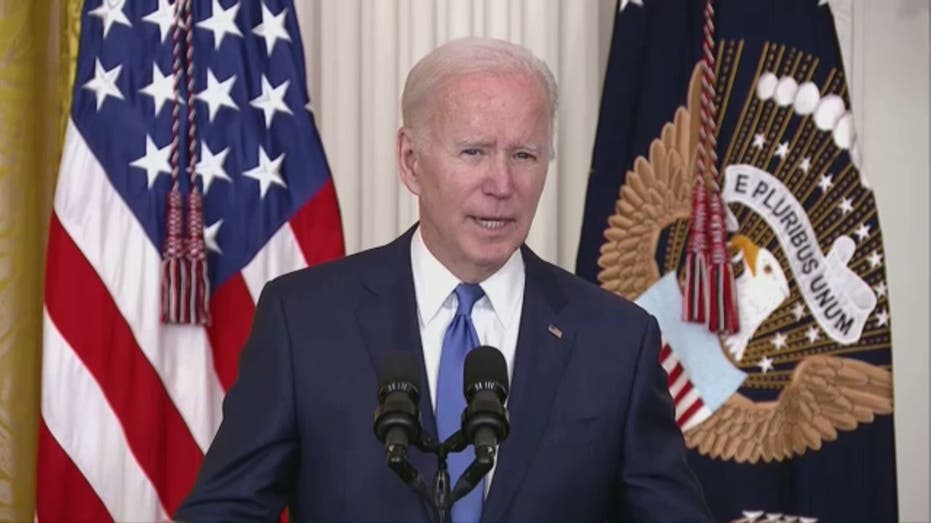 For all these reasons and more your party is about to take a drubbing. Your radical left, big government socialist policies have done enormous damage to this country. You have attacked the very soul of America with your wokeism. It's really a tragedy and you didn’t talk about any of that last night either, but you know what sir?

Everyday common-sense working Americans are stronger and tougher and smarter than you are. They are not buying what you are selling. This is a great country and not even your woke, socialist policies will ever bring it down and that is why the cavalry is coming on Tuesday. Alright, that is my riff.

This article is adapted from Larry Kudlow's opening commentary on the November 3, 2022, edition of "Kudlow."