Kylie Jenner and Travis Scott attended an event in New York City on Monday night, fueling speculation the exes have rekindled their romance.

The duo, along with their adorable daughter, Stormi Webster, 3, traveled to the Big Apple for the annual Parsons Benefit hosted by The New School in New York, where Scott was honored with an award.

The “Keeping Up with the Kardashians” star, 23, was joined by Scott, 30, and their daughter on the red carpet. Photos show Jenner in a form-fitting olive green dress as Scott, dressed in a dapper black suit, had his arm around her waist. Stormi wore a black dress and sneakers as she posed in front of her parents. The event took place at Pier 17’s The Rooftop in the Seaport District.

Aside from putting on a united front on the red carpet, a source told People that the former pair were “being very sweet and cute together” inside the venue. 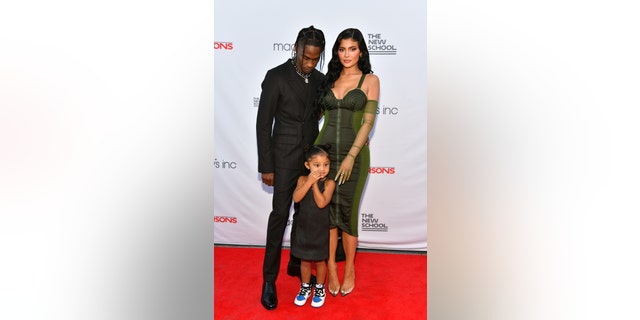 The onlooker claimed the rapper and Kylie Cosmetics founder were “holding hands and seemed fully back on.”

Scott even showed Jenner some love when he got to the podium to accept his Parsons Table Award, saying, “Wifey, I love you so much,” according to the insider.

“I’m very excited to be receiving this honor from The New School and grateful to be a part of this group of innovators,” Scott said in a statement ahead of the event. “I’ve always tried to fuse fashion, technology and the arts into everything I do. These are all linked and a natural extension of my work. It has never been about specific brands or labels for me. It’s about the vision. It’s about making your own things, seeing what’s out there, and never compromising.” 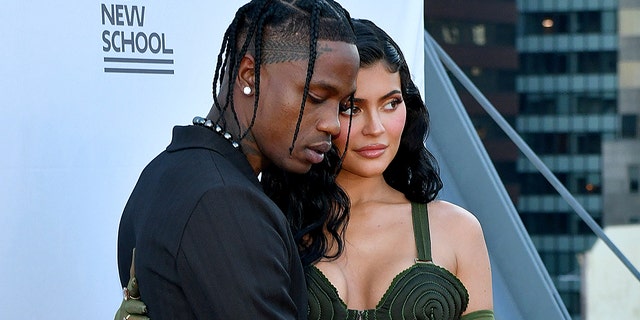 An onlooker said the ‘Keeping Up with the Kardashians’ star and the rapper were ‘holding hands’ during the Parsons event.
(Craig Barritt/Getty Images)

Jenner also took to Instagram after the event wrapped to share a photo of herself wrapped in Scott’s arms. She captioned it, “24 hours in NYC.”

In another post, Jenner shared sultry snaps of herself aboard a private jet, writing, “one for the books.”