While some of us are still trying to catch our breath after diving into all the drama surrounding Kristin Cavallari’s divorce from Jay Cutler, Kristin’s ex-best friend Kelly Henderson just addressed the rumors that she had an affair with Jay.

For the record, Kristin never believed Jay cheated on her with Kelly, but the way Kelly apparently went about everything was what upset Kristin the most. And during an interview with lawyer Laura Wasser’s on the All’s Fair podcast today, Kelly explained everything that happened and definitely made it sound like she and Kristin are nowhere near reconciling.

First off, when asked about the affair, Kelly got straight to the point and was like, “No. I’m just gonna go ahead and put this out there, there was never an affair, I have nothing to do with their divorce and I am not dating Jay Cutler.” 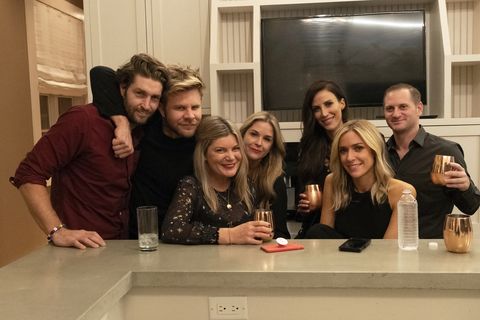 In fact, Kelly said she’s not even in contact with Jay. “We’re not really in touch anymore, we had a little bit of a falling out last year, so I’ve kind of gotten some space from both of them,” she explained.

Of course, that’s not what some people believe since Kelly posted a mysterious photo of her wearing matching bracelets with some dude who could many could reasonably assume is Jay.

At the time, an E! source said it was just Kelly “seeking attention,” but she set the record straight today and confirmed the man in the picture is actually her boyfriend. “I’ve been in a relationship for quite some time now,” she said. As for why she didn’t post his face amid the affair rumors, Kelly simply stated, “He is a very private person and I respect that.”