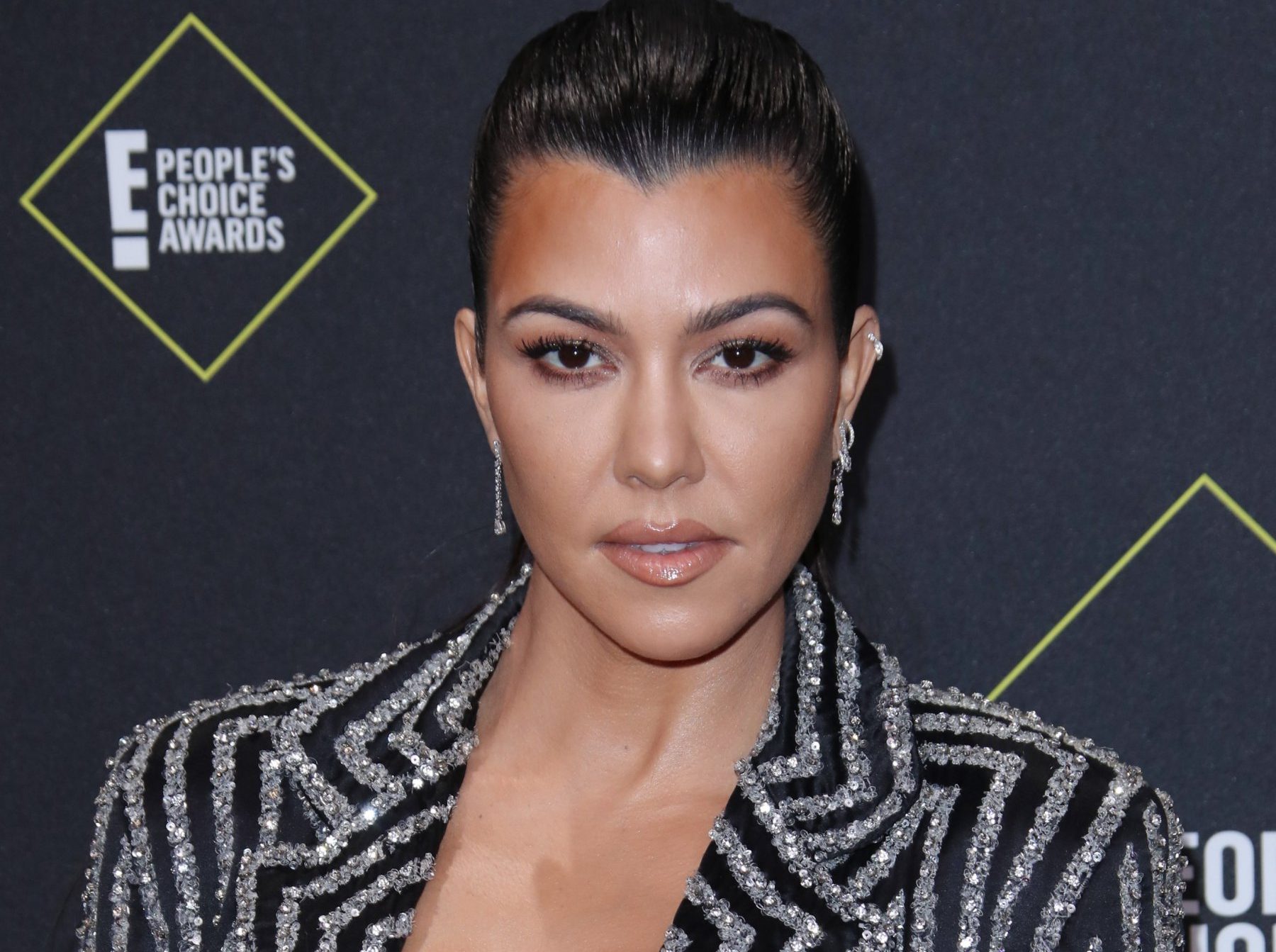 She recently confirmed her romance with Travis Barker, and Kourtney Kardashian is continuing to upstage her stunning siblings.

The 41-year-old threw major shade at Kim Kardashian, Kendall and Kylie Jenner following their sizzling SKIMS photoshoot as she shared a jaw-dropping picture of herself in a minuscule red bikini.

‘Since I wasn’t invited to the sister shoot…’ the reality star captioned the picture as she sultrily posed on the floor of her walk-in wardrobe.

Kourtney showed off her incredible physique in a red bikini top and matching thong bottoms – proving that she could have easily held her own against her glamorous sister squad during their photoshoot.

A week earlier, Kim shut down the internet as she posed with her sisters Kendall and Kylie for her SKIMS Valentine’s Day collection.

In a string of photos and behind-the-scenes videos on her Instagram page, the trio could be seen rocking red underwear as they posed in front of a pink curtain.

Taking to Instagram, the KUWTK star settled things once and for all, blessing us with a snap as they held hands during a car ride.

Speaking about their bond in 2019, the dad-of-two told People: ‘Kourtney’s like a dear friend. That’s it… I mean, I love her to death. I love her family to death. But yeah, just friends.’

This changed recently as the pair have been inseparable of late, raising eyebrows as they shared very similar Valentine’s Day pictures over the weekend – of the same fireplace.

Meanwhile, Travis has been married twice before – firstly walking down the aisle with Melissa Kennedy in 2002, before they split that same year.

He then wedded model Shanna Moakler in 2004, with the former couple sharing children Landon and Alabama together.

They first called time on the marriage in 2006 but decided to give things another go before officially calling time on the relationship in 2009.